By Ademilade (self media writer) | 9 months ago 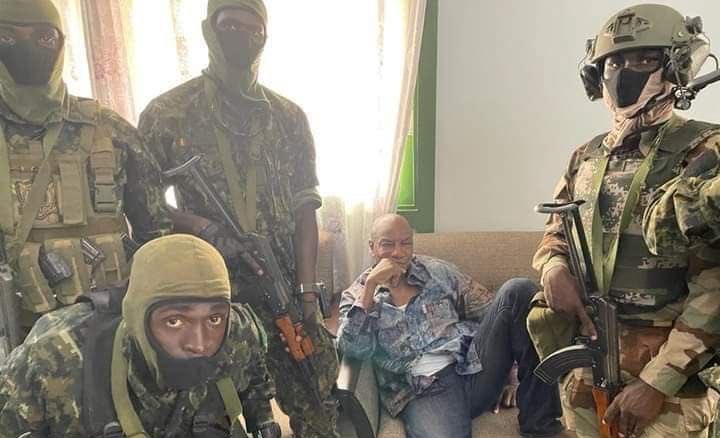 WAMELA, in a statement signed by its international president, lawyer Noah Ajare, and made available in Abuja, said the act violated the ECOWAS Protocol on Democracy and Good Governance.

According to the group, Article 1 (b) - (e) of ECOWAS Protocol A / SP1 / 12/01 on Democracy and Good Governance additional to the Protocol Relating to the Mechanism for Prevention, Management, Resolution, peacekeeping and conflict security states as follows:

“Each accession to power must take place through free, fair and transparent elections.

“Zero tolerance for power obtained or maintained by unconstitutional means.

“Popular participation in decision-making, strict respect for democratic principles and decentralization of power at all levels of governance.

“The armed forces must be apolitical and must be placed under the command of a legally constituted political authority; no serving member of the armed forces may seek elected political office. WAMELA therefore called on Nigeria and other governments of ECOWAS countries to take the necessary steps to resist Guinea's renegade military leaders.

"The coup leader must be made to understand that military coups are totally unacceptable, especially in West Africa, regardless of the unpopularity of the government in place of any country" , did he declare.

The group noted that although the Constitution of Guinea has been amended in highly irregular circumstances to accommodate President Alpha Condé's third term, it said that "until the constitution is overturned, it remains the basic standard ".

“WAMELA further calls for serious and concerted resistance by the international community to the recent coup d'état in Guinea in order to strongly dissuade all other armed forces, particularly in West Africa, who might be tempted to consider seize political power by any unconstitutional means because of the economic and security challenges facing the region, ”the group said.

Guinean special forces seized power in a coup, arrested the president and promised to change the political makeup of the West African country. politicians at 11 am on Monday.

"Any refusal to participate will be considered a rebellion," the forces said in a statement.