We all know that the presidential election started on the 3rd November 2020. After the compilation done by the electoral college, Joe Biden emerged as the winner of the just concluded US Presidential Election which was as a result of high number of votes therefore defeating the Donald Trump who is representing the Republicans. But Trump is not certified with the result as he claimed that the result were not legit, but were manipulated. 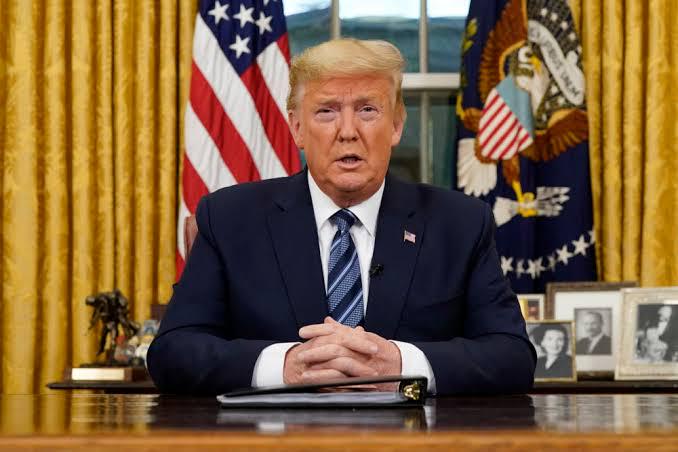 It's not longer news that Donald Trump Have been through a lot after the American elections. It was Ala reported that it was Trump that sparked the riot and protest in the US Capitol during the certification of result.

Recently Trump made an announcement to all his supporters through his son's Twitter handle.

More so, his third child and the second son, Eric Trump has took to his Twitter handle to reveal the speech that Donald Trump addresses to the Americans. 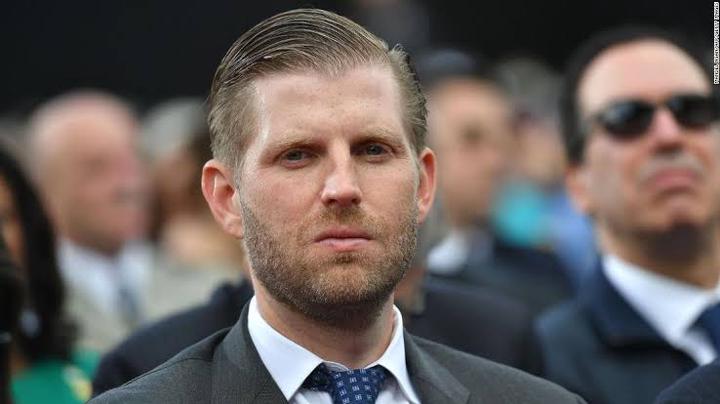 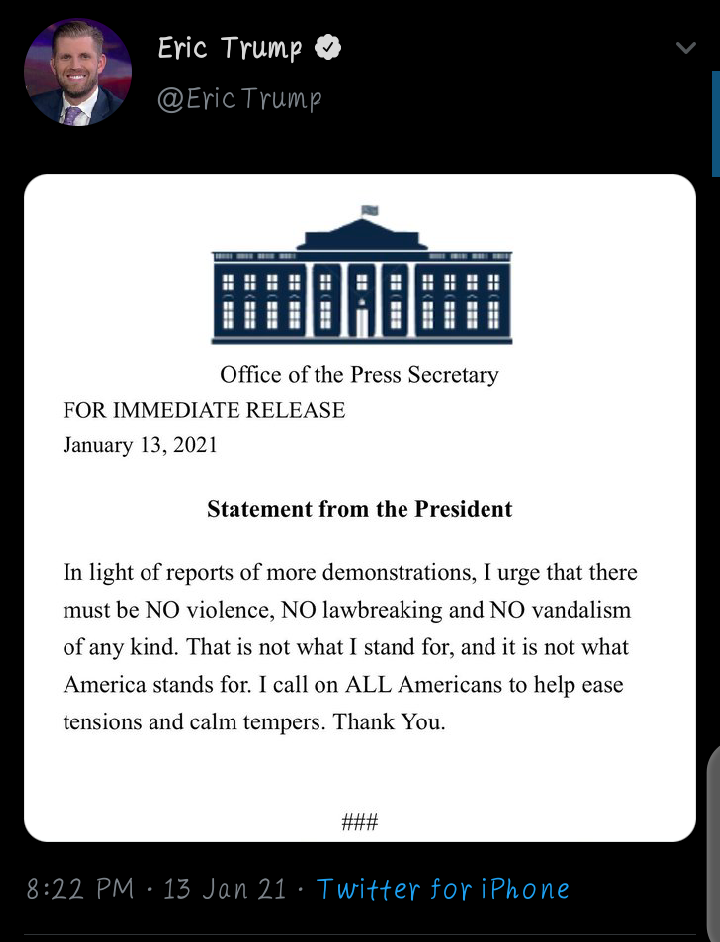 In the tweet above, Trump is soliciting that let there be a peaceful inauguration, as he urges there shouldn't be violence, no lawbreaking and no vandalism of any kind. As he called all Americans to be calm and stay in peace.

Below are screenshot of comments and reactions from Americans. 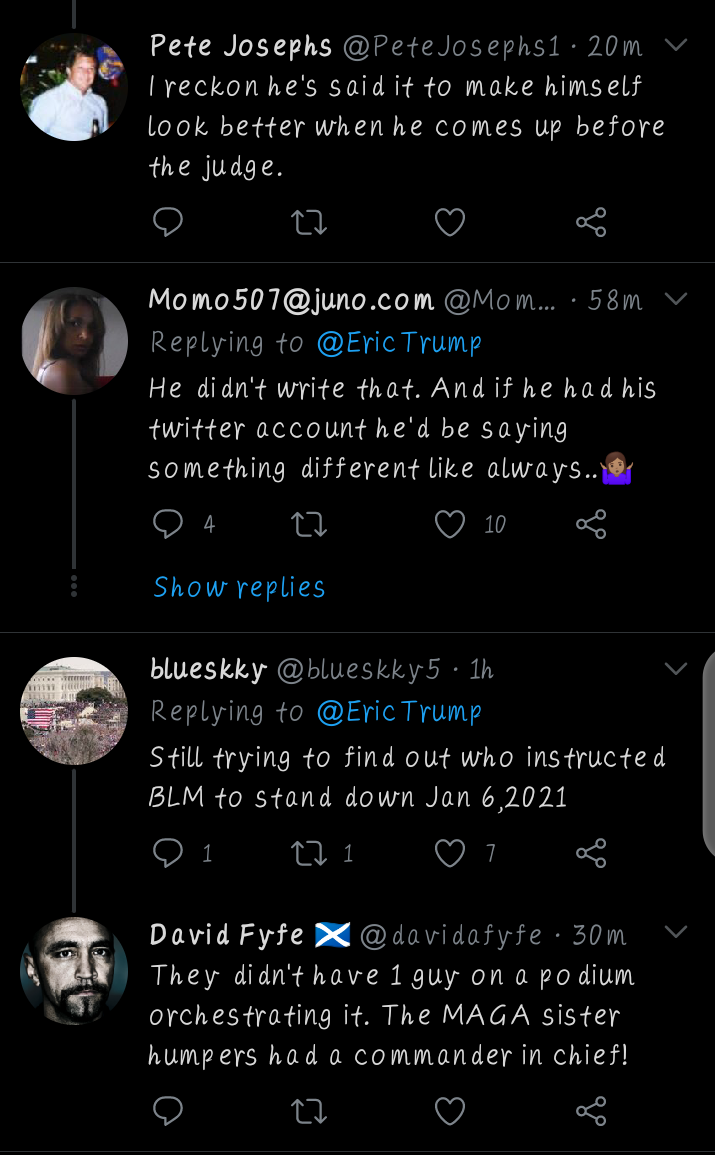 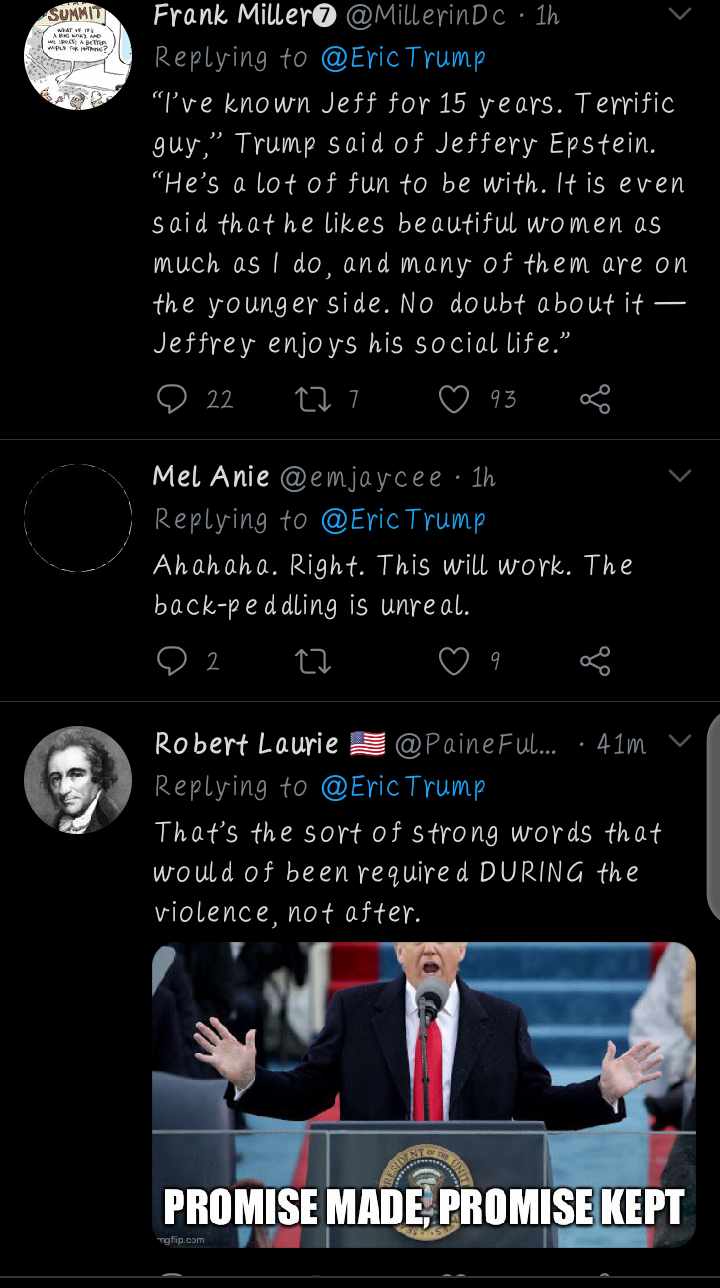 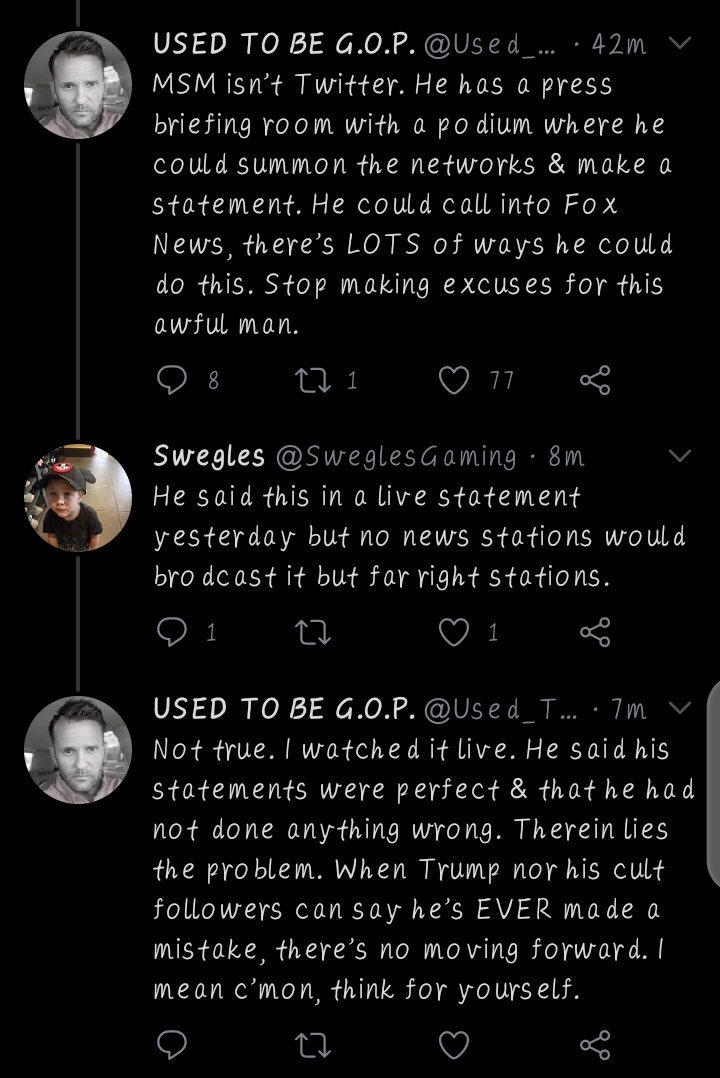 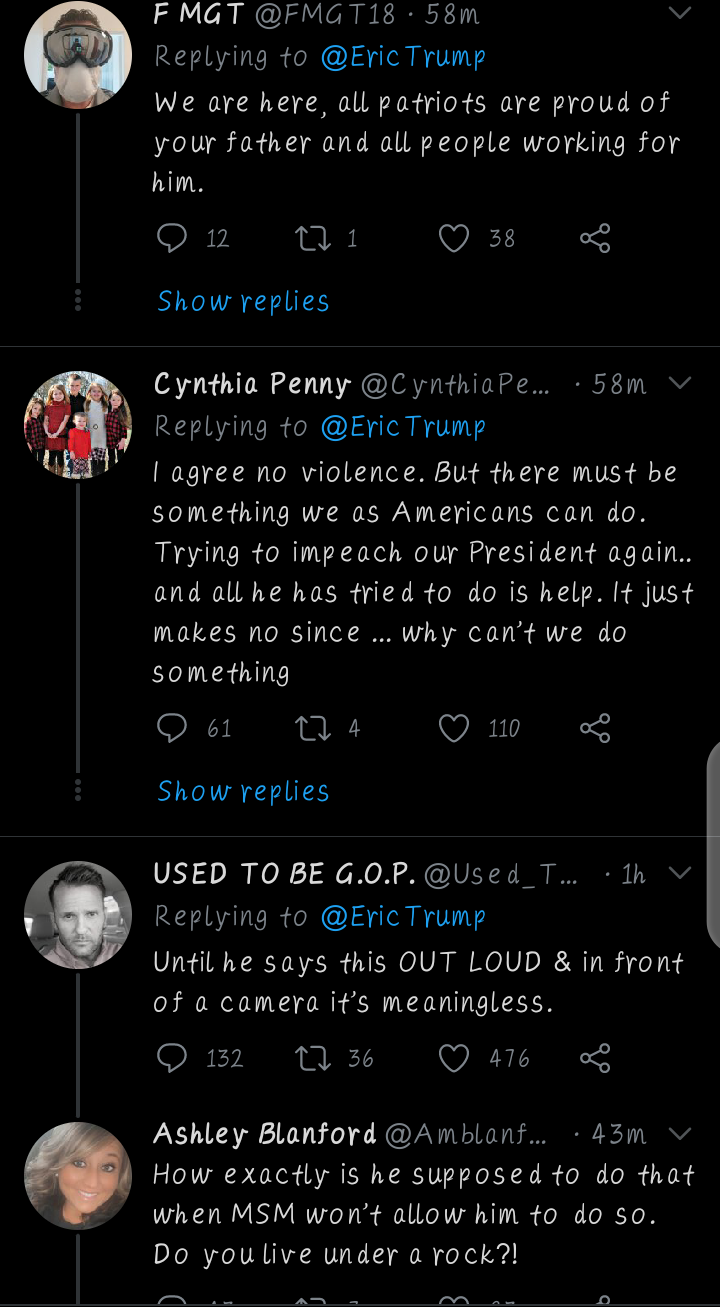 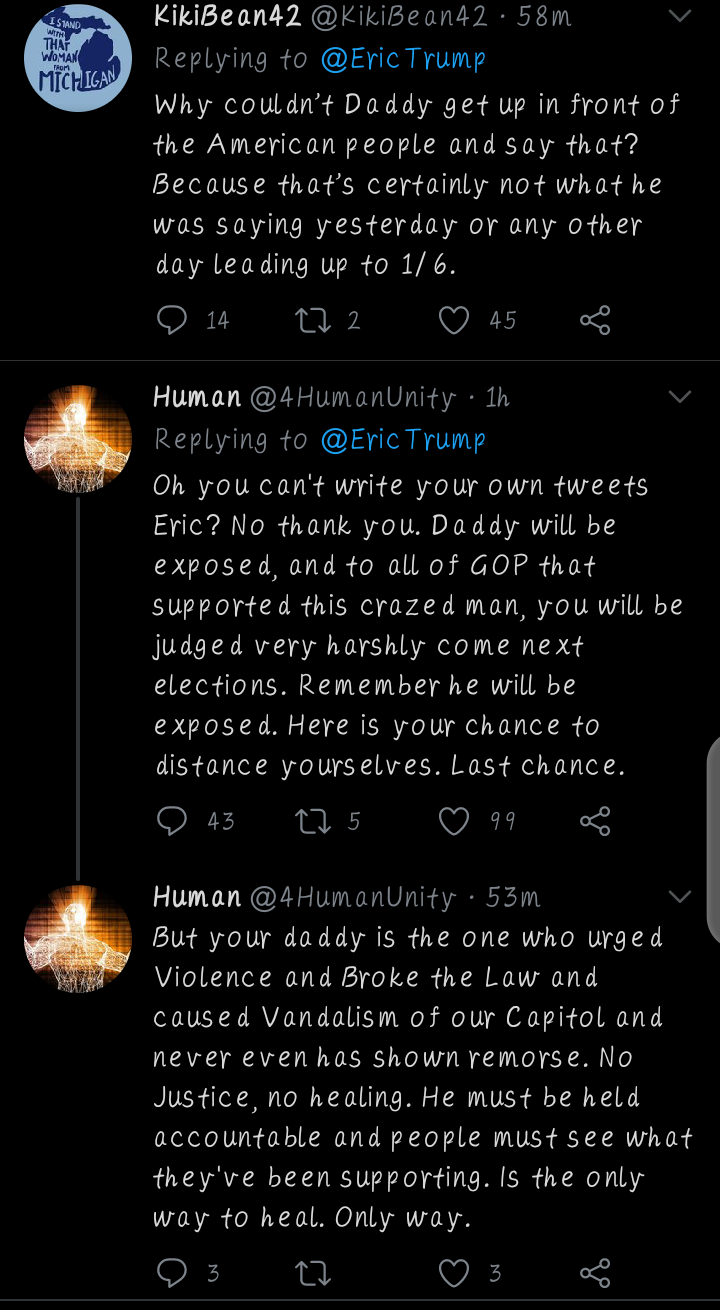 What are your thoughts about this? Is Trump intention genuine? Please share with us your views and opinions below.

Thanks for your time. Do stay safe

Ala Donald Trump Eric Trump US Capitol US Presidential Election

fisayo soyombo kazaure namijin kishi tatiana manaois songs mp3 download like you who is the best rapper in nigeria
Opera News is a free to use platform and the views and opinions expressed herein are solely those of the author and do not represent, reflect or express the views of Opera News. Any/all written content and images displayed are provided by the blogger/author, appear herein as submitted by the blogger/author and are unedited by Opera News. Opera News does not consent to nor does it condone the posting of any content that violates the rights (including the copyrights) of any third party, nor content that may malign, inter alia, any religion, ethnic group, organization, gender, company, or individual. Opera News furthermore does not condone the use of our platform for the purposes encouraging/endorsing hate speech, violation of human rights and/or utterances of a defamatory nature. If the content contained herein violates any of your rights, including those of copyright, and/or violates any the above mentioned factors, you are requested to immediately notify us using via the following email address operanews-external(at)opera.com and/or report the article using the available reporting functionality built into our Platform

See What The Foolishness Of False Religion Can Cause: Freeze Blasts Africans Who Insulted Bill Gates 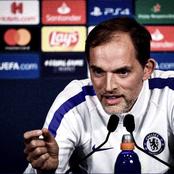 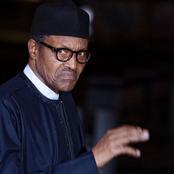 Buttermilk cake recipes that pastry lovers can try out 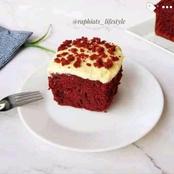 Carrots and potato salad recipes you can enjoy with your friends 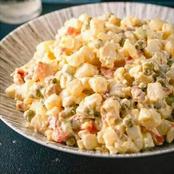 Meet The Fast Rising Nollywood Star That Is More Curvy And Beautiful Than Destiny Etiko. 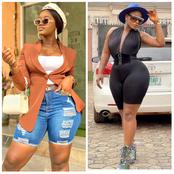 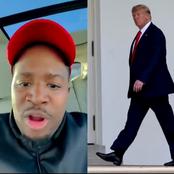 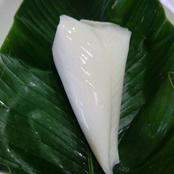 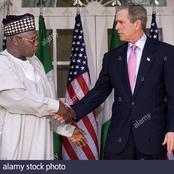 See pictures every Nigerian undergraduate can relate to 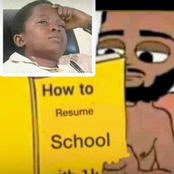