By Infoxplore9ja (self media writer) | 2 years ago

Ex-President of Nigeria, Goodluck Jonathan revealed that he still believe in one Nigeria signifying that the unity of Nigeria is still his main priority.

The former President said this through his Special Adviser on Media and Publicity, Dr. Reuben Abati in Abuja in August 2012.

Jonathan who was one of the people's choice to preside over the country affirmed that he can not rule a divided nation.

The reputable former President said this against the backdrop of the declaration of independence by the Movement for the Survival of Ogoni People and the Bakassi Self-Determination Front, all of them from the South-South zone. 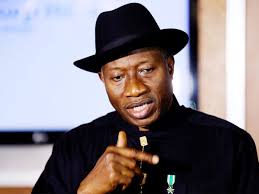 He said that "the Federal Government is obligated to the unity of the country. It also believes strongly that Nigeria is indivisible. This is as well enshrined in the constitution.

He said that the president has clarified that he would not preside over a divided Nigeria.

While speaking on the groups declaring “republics,” Abati said the news had so far remained on the internet with nobody coming out publicly to make such declarations.

In conclusion, Abati said “that Nigeria remains one and the government is committed to that unity,” he concluded.

Abati was a Special Adviser on Media and Publicity to Goodluck Jonathan between 2011-2015.

Content created and supplied by: Infoxplore9ja (via Opera News )

Abuja Goodluck Jonathan Jonathan Movement for the Survival of Nigeria