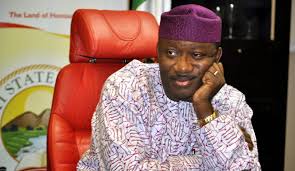 Below is what I wrote two years ago.

Winston Churchill was one of the greatest men in human history. He fought doggedly, worked for sixteen hours daily and in concert with the other Allied nations, he was able to defeat the Axis powers, thereby ending the Holocaust and human degradation across Europe. Shortly after the end of the Second World War, he re-contested and lost the elections very badly. He was hoping that the British people would reward him for his defeat of Nazi Germany and the Axis powers but they never did. Apart from going into historical research, one could hardly remember those who defeated him in that election. But the memory of Winston Churchill lives.

Again, in the Bible, the Prophet Samuel warned the Israelites, against forsaking God as their leader but the people refused and they dumped theocracy for monarchy and they chose King Saul as their King. His forty year rule in Israel was marked by hardship and after a few years of reign, God rejected him and he ultimately committed suicide.

The human history is replete with how people had made irrational decisions which they later regretted. JB Danquah brought Kwame Nkrumah into Ghaniah politics but he rut in jail for many years in Nkrumah's Ghana.

I have just finished monitoring the results of the Ekiti Governorship elections and from available reports, , Dr. Kayode Fayemi has won, at least officially. Right from the collation centre, the PDP agents had started accusing the APC of rigging the elections. Certainly, the PDP will challenge the results of the elections in the law court. While this is going on, the Ekiti People should rally round Fayemi to build Ekiti State to an enviable height of development and transformation.

However, going by the track record of the APC in the administration of this country, I have my serious concerns about the in-coming APC government in Ekiti. On all counts, they have failed very badly. Nigeria has become a killing field, the frontiers of poverty have been overstretched and the anti-corruption crusade has reached an anti-climax. For weeks now, allocations could not be made to the states and the local governments because of the monumental fraud in NNPC. Last year the Minister of State reported to nation that 84 million dollars was missing from the APC account and up till now nobody has been punished. Professor Yufuf was heavily indicted in the NIHS unit and he was suspended by the then Acting President, Yemi Osibajo but the President Buhari reinstated him upon his return from his medical trip in the United Kingdom. David Babachir Lawal and Ayo Oke who were implicated for huge frauds are working the streets of Nigeria in freedom. What of Rashid Maina, a fugitive who stole billion of Naira and was reinstated and promoted by the Federal Government. The list is endless. Except Kayode Fayemi would take a different course from the APC government at the centre, the Ekiti people might be in for a serious and sustained ordeal and regret their actions of voting for an APC government. Meanwhile, the Ekiti People have spoken and their wish must be respected.

Long live Ekiti, the glory of all lands