Hundreds of President Muhammadu Buhari’s ardent loyalists on Saturday threatened to dump the president and APC over what they described as wanton political neglect and very poor governance. 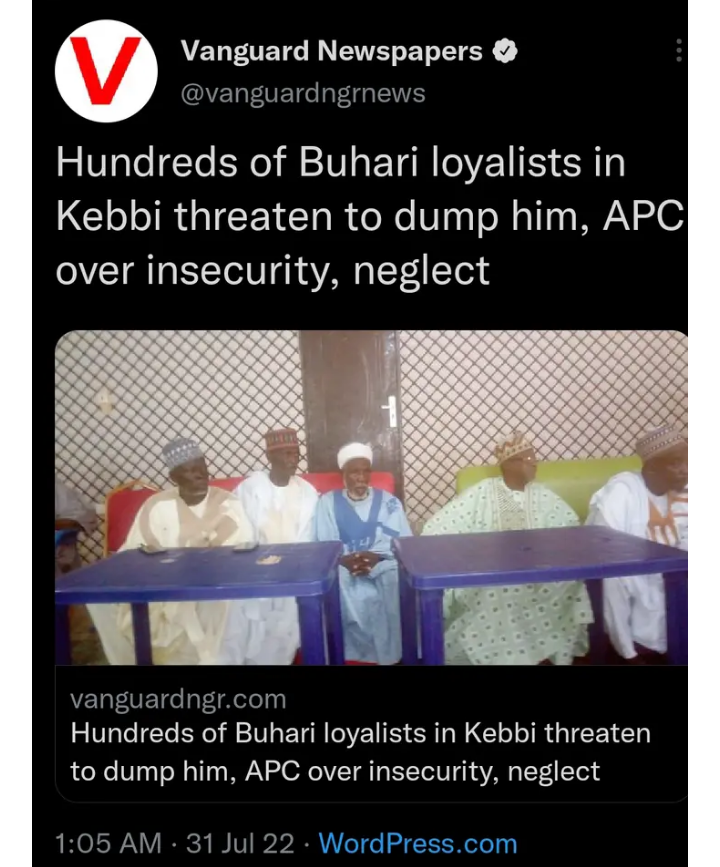 The loyalist who gathered in Birnin Kebbi under the leadership of the state chairman, Buhari support organization, Alhaji Musa Abubakar Dan manikin Argungu said that the motive behind the gathering was to consult with members drawn from the 21 local governments in Kebbi state to decide to stay or quit APC. 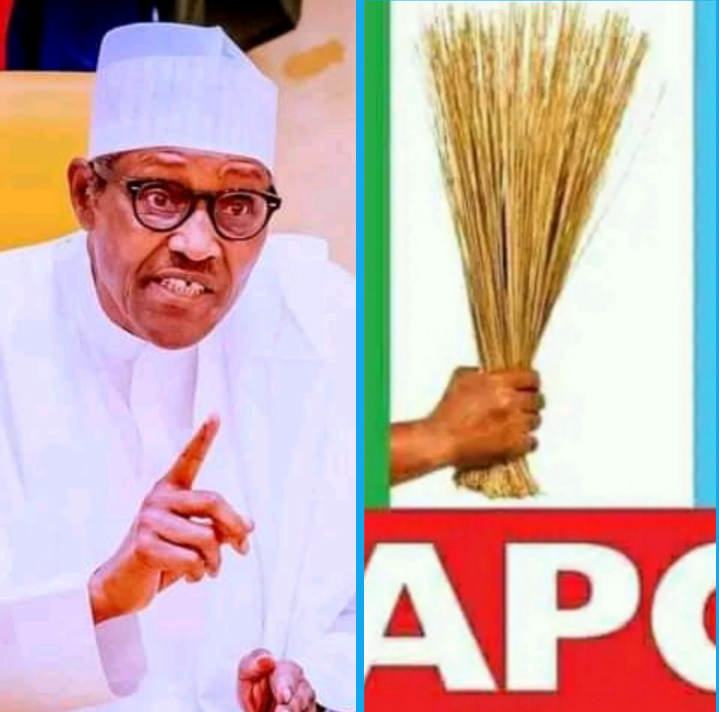 Atiku Is A Big Threat To Apc, Okowa Fires Back At Tinubu

Governor Ifeanyi Okowa of Delta State and vice presidential candidate of the Peoples Democratic Party, PDP, says his party’s presidential ticket with Alhaji Atiku Abubakar as principal is a big threat to the All Progressives Congress, APC, in the 2023 election. 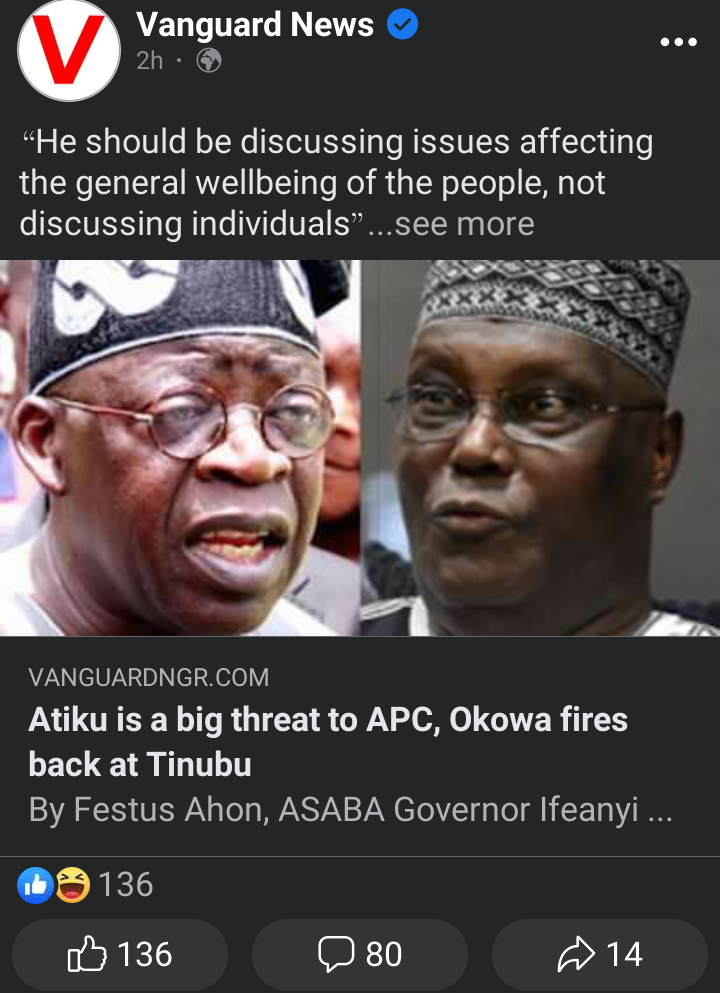 Okowa, who spoke in a reaction to a statement credited to the APC presidential candidate, Asiwaju Bola Tinubu, in which he reportedly said his (Tinubu) running mate was better than the man chosen by Atiku, told Tinubu to discuss issues and not individuals in the build-up to electioneering campaign ahead of 2023.

He pointed out that the Muslim-Muslim presidential ticket of the ruling party at the center had given Christians a unique opportunity to cast their votes for the PDP, a development, he said, would give room for all Nigerians to be represented at the federal level.

The National Youth Service Corps on Saturday mourned a corps member, Eunice Igweike, said to have been killed while traveling to the NYSC orientation camp in Sagamu Ogun State. 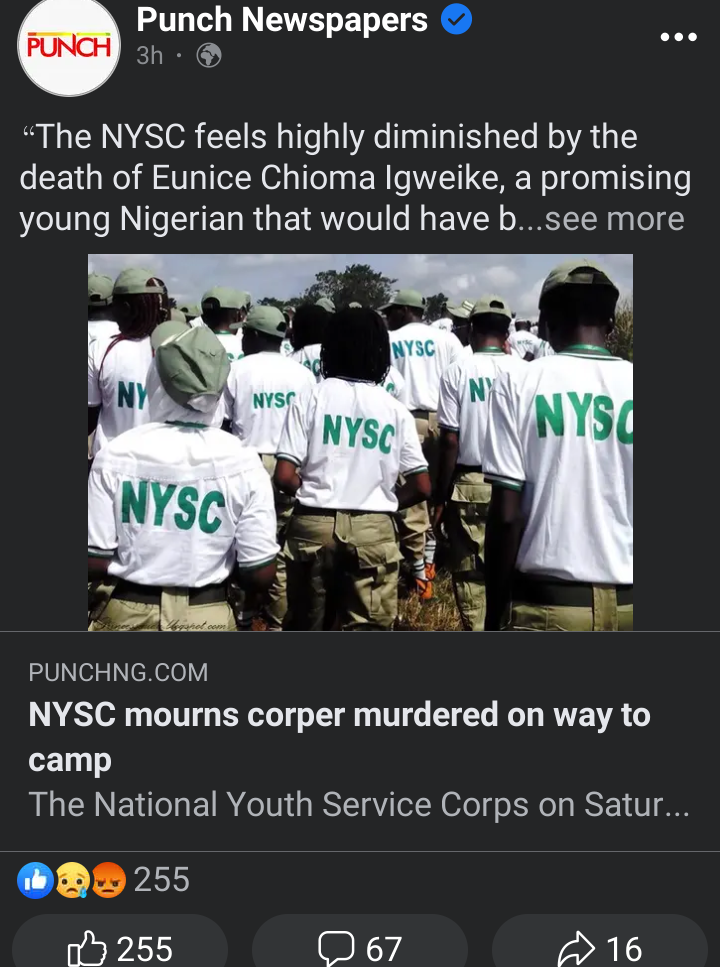 The NYSC Director (Press and Public Relations), Eddy Megwa, noted in a statement that security agencies were working round the clock to unravel the circumstances surrounding Igweike’s death.

Dogara Visit Wike, Says Nigeria Can't Do without Him

A former Speaker of the House of Representatives, Yakubu Dogara, on Saturday, visited the Rivers State Governor, Nyesom Wike, in Rivers State. 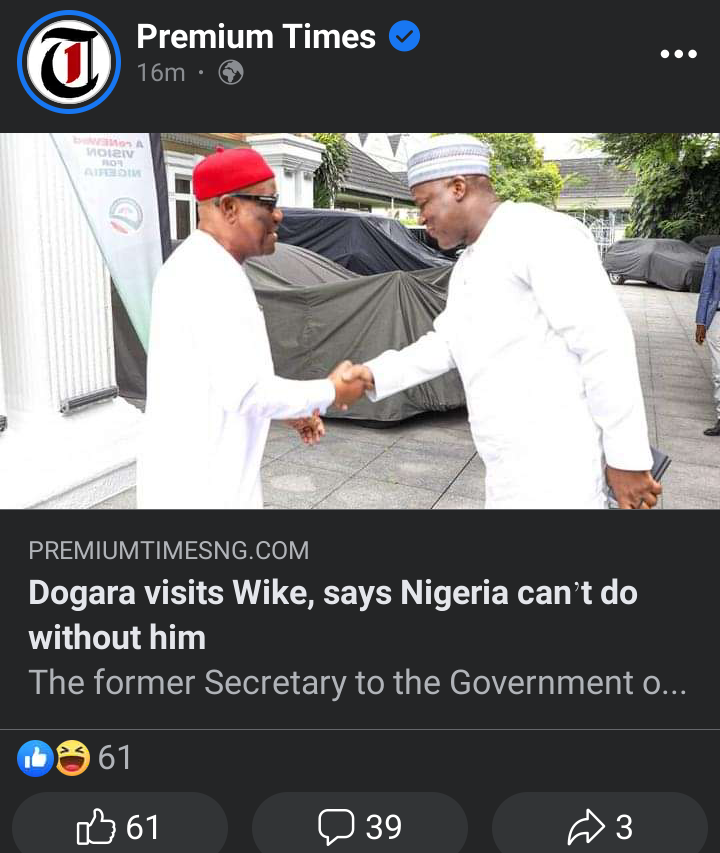 Mr. Dogara, with a former Secretary to the Government of the Federation (SGF), Babachir Lawal, met with Mr. Wike at his country home in Rumueprikom in Obio-Akpor Local Government Area of Rivers State for a closed-door meeting, according to a Channels TV report.

The report quoted Mr. Dogara as saying that Mr. Wike is indispensable in Nigeria’s politics.