By NzeDuruk (self media writer) | 2 years ago The Senate Committee Chairman on Tourism and Culture, His Excellency Owelle Rochas Okorocha has called the attention of the Nigerian Senate to the ravaging effect of erosion in his Imo West Senatorial District.

In a well articulated and impassioned motion he sponsored on the floor of the Senate on Tuesday, 14th July, 2020, the former governor of Imo State and one of the national leaders of the governing All Progressives Congress, recalled how several interventions by both Federal and State governments, failed to permanently take care of the menace. He also regretted that several communities in Imo West Senatorial District are yet to benefit from these Federal Government Erosion Intervention projects. He particularly decried the situation in Amaeshi in Ideato South LGA of the State and other communities which incidentally are federal government routes linking to Awka, the capital of Anambra State. 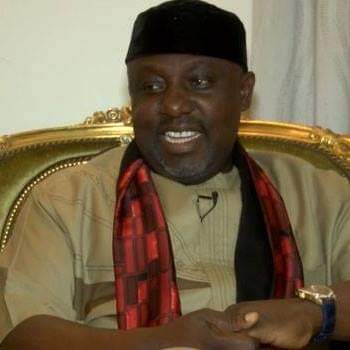 He expressed sadness that the lives and properties of the people of Imo West Senatorial District are unsafe as a result of the menacing effect of erosion, especially during the rainy season.

Decrying the pathetic state of the Mgbee- Urualla-Akokwa road, which was devastated by erosion, the Senator moved that the federal Ministry of Works and other federal government ministries and agencies on whose shoulders such responsibility falls, be mandated by the Senate to take far-reaching steps to protect the lives and properties of the people of Imo West Senatorial District.

Following the motion, the Senate resolved to direct Senate Committees on Water Resources, NEMA, National Planning and others to interface with relevant agencies to determine among other things; reasons for the failure of previous federal government interventions on erosion control and to direct the NEW-MAP to include areas in Imo West Senatorial District devastated by erosion in their 2020 project plan. As governor, Senator Owelle Rochas Okorocha embarked on audacious palliative works to save most of these areas from the menace of erosion.

Content created and supplied by: NzeDuruk (via Opera News )