By Warri1stsom (self meida writer) | 1 months

1. I Am Not Interested In contesting 2023 Election, people are only speculating- Dr Goodluck Ebele Jonathan

Former President Of Nigeria Dr Goodluck Ebele Jonathan paid a condolence Visit To The Governor of Delta State Dr Ifeanyi Okowa at the State House, Asaba over his father recent passing away, while speaking to journalist and the audience he said that they are different rumors of him contesting for the 2023 presidential race, he debunked it saying they were mere speculations, he further went on and said the federal government needs to work with the state government and security agencies to address the issue of Insecurity, if they work together it will be over and Nigeria will be able to cross over this very ugly phase of societal evolution. 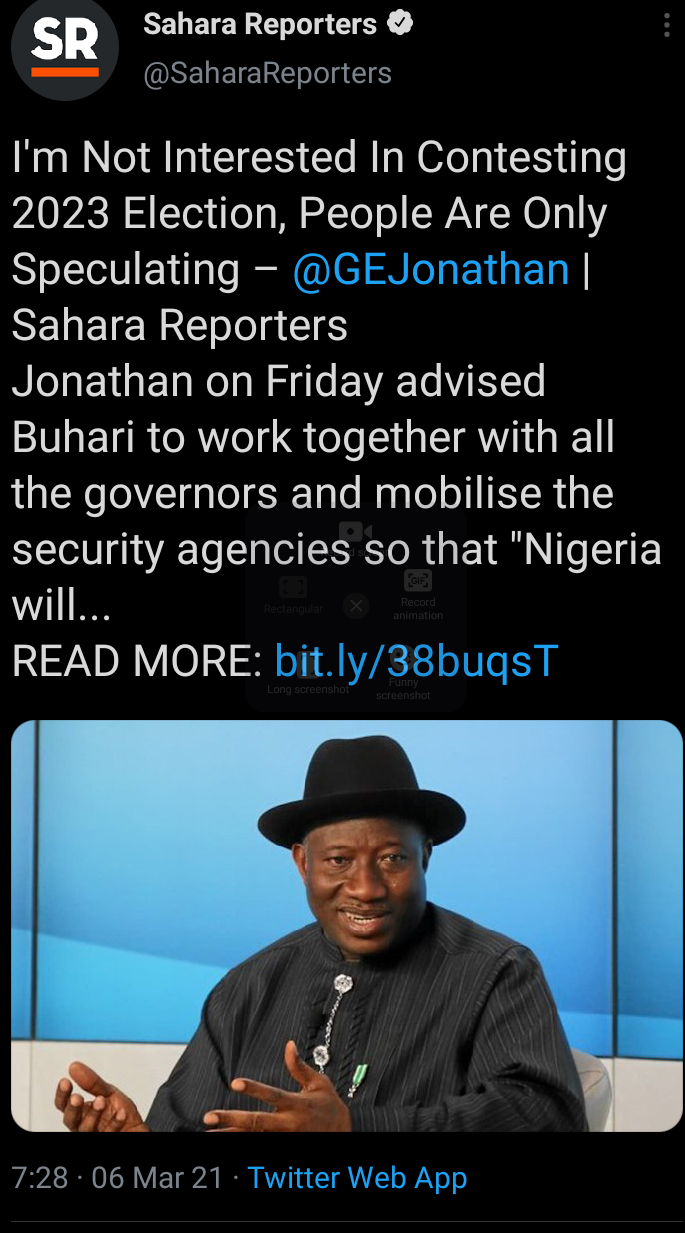 2. Why I Dd Not Support Ambode Second Term Bid - Tinubu

Bola Asiwaju Tinubu who is is a former Governor of Lagos state and also the national leader of the ruling All Progressive Congress (APC) gave his reasons yesterday while Commissioning the Agege Pen Cinema flyover and Five arterial road Networks in the area yesterday, according to him he said that him and some Political Leaders within the state discovered that Ambode drifted from leadership and vision between 2017 and 2018. Furthermore, Bola Asiwaju Tinubu praised Sanwo Olu as he describes him as a brilliant captain who had stabilize Lagos back on a focused journey. 3. I will not take covid-19 vaccine- Yahaya Bello

Nigeria received the Astrazeneca/Oxford Covid-19 Vaccines this week, Yahaya Bello the Kogi State Governor said that he would not take the Covid-19 vaccine, health workers were the first to be vaccinated yesterday, according to several reports the President and the Vice President will be taking their vaccine today. Furthermore Yahaya Bello while speaking to Channels TV said he won't allow the people of Kogi state to be used as Guinea Pig, he further went on and said Covid-19 is just a minute aspect of what they are treating, according to him he said that Lassa fever and yellow fever were handled without making noise. 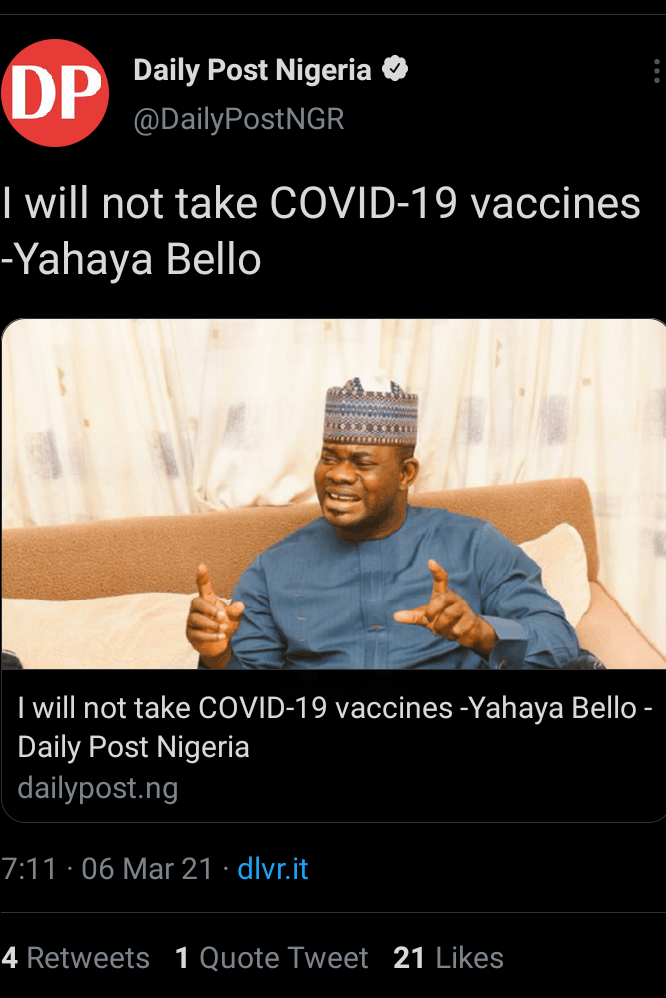 4. Give Me Custody Of My Four Kids, Fani Kayode's Wife Begs Court

Precious Chikwendu a former beauty Queen who was caught cheating by her ex husband Femi Fani Kayode who was a former Aviation Minister, according to her Femi Fani Kayode beat her up several times, including the time she was pregnant, she made the allegations formally in an affidavit. Furthermore, she revealed a lot during the write up, she said that Femi Fani Kayode Has accused her of infidelity and on several occasions even lock her out of their own Home, a response was filled by Mr Olufemi on behalf of Fani Femi Kayode. Moreover, Femi Fani Kayode said he won't respond until served with the proper court proceedings. 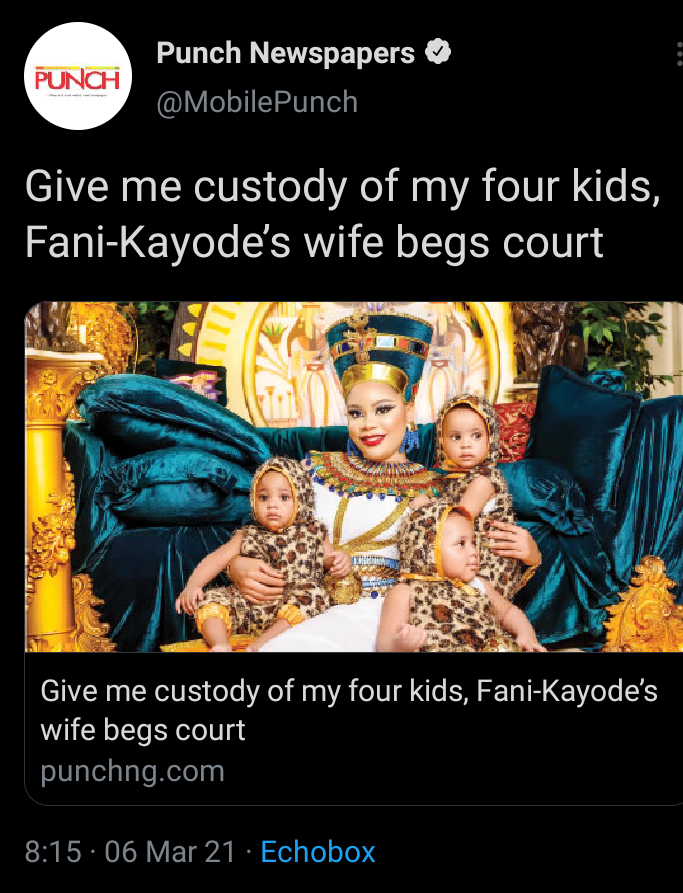 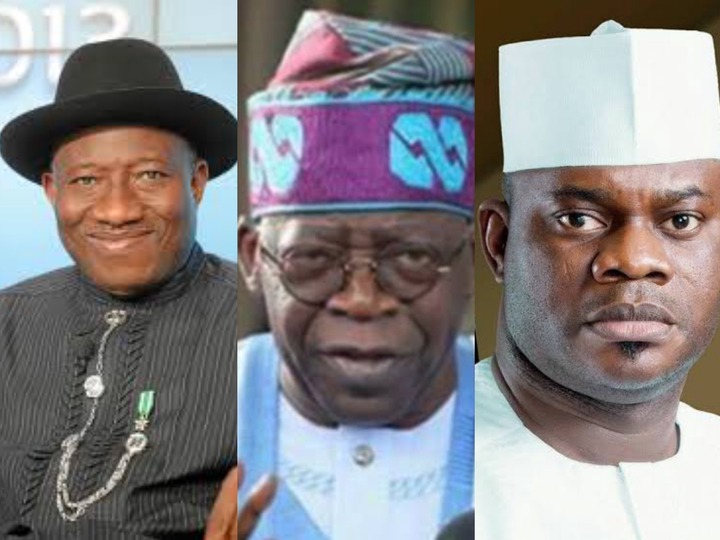