OPINION: 2 Political Posts That Fani-Kayode May Vie For After Decamping To APC

By eFactor (self media writer) | 9 months ago

Mr. Fani-Kayode rejoined the All Progressive Congress, APC years after describing it as irredeemable, intolerant, and lacking the capacity to deliver good governance to Nigerians. The former Minister of Aviation dumped the PDP on Thursday and also visited President Buhari at the State House, Abuja in accompany with the party's chieftains.

Photo of Fani-Kayode, Mai Buni, and Matawalle after the defection 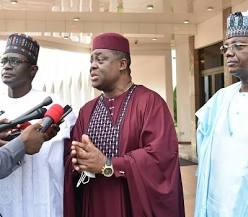 Going by his defection history, he was a member of the PDP until 2013 when he defected to the then opposition party, APC, but later left the party. He had accused the party of intolerance toward accommodating divergent views.

He was once said APC had “sympathy for Boko Haram and the insistence of its leadership to put up a Muslim-Muslim presidential ticket in the forthcoming Nigerian presidential elections”.

Recall that build-up to the 2015 general elections, it was speculated that the APC had insisted on using Buhari and Tinubu as its presidential candidates but was vehemently kicked against by some members.

Former President Obasanjo was among the prominent Nigerians who had kicked against Muslim-Muslim tickets in the party. This led to the emergence of Yemi Osinbajo who was a former commissioner of Justice in Lagos during the tenure of Tinubu.

Osinbajo was well-received being a southern politician nominated by Tinubu, and pastor of a church that has the highest members in the country. However, before coming out with Buhari -Osinbajo ticket, Fani-Kayode had jumped left the APC.

FFK could be described as a lucky politician because as soon as he joined PDP in 2014, he was appointed as spokesperson for the party's Jonathan- Sambo presidential campaign. Unfortunately, the party lost to the APC.

Since 2015, FFK has been playing opposition politics taking a hard position on Buhari and his administration. Now he is back, the rest is history. Below are possible political posts he may vie for in the ruling party based on his experience. 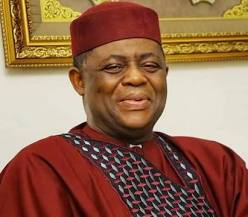 1. Spokesperson For APC Presidential Campaign in 2023

He has the absolute right to enjoy the same privileges the other members of the party are enjoying. That is the beauty of democracy. As a card-carrying member of the APC, he can jostle for the job of the spokesperson for whoever emerges as the 2023 presidential candidate.

The experience he had in his former party would give him an added advantage over other members who may want to contest for the post.

2. Possibility of jostling for a political appointment such as Ministerial post.

Of course, this is the second post he may nudge for in the long run probably if APC wins the 2023 elections. Based on his experience, he was a Minister of Aviation before. So, the experience is there for him, and this might speak for him when the time comes.