Opinion: Enugu Gubernatorial Race and the Deconstruction of Competence

By Prinncce (self media writer) | 8 days ago 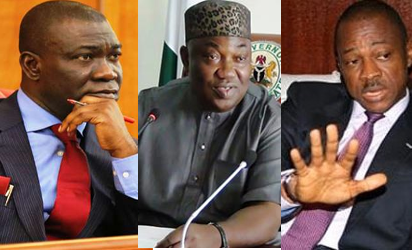 In the political discourse of the gubernatorial aspirations in Enugu State, two variables have been most salient: zoning and competence. These two objects seem to have received the imprint of mutual exclusivity as some aspirants arrogate competence to themselves as the reason for their opposition to zoning which in their own thoughts negates competence. Governor Ifeanyi Ugwuanyi of Enugu State is a product of zoning yet has shown to be even more competent than competence itself, going by his sterling performance in the office as the governor. So, the theory of competence as it is being bandied about is queer and baseless.

Zoning and competence need not be mutually exclusive unless every other person in the state is daft and only one person is competent. Competence in itself is a blanket word that has indefinite and relative application. Competence may be defined as the ability to do what is needed. In another sense, it could mean a special area of knowledge. It could yet mean a skill needed to do a particular job. It is the ability of being adequately or well qualified physically and intellectually. Competence may be used interchangeably with such words as ability, capacity, fitness, qualification, suitability, adequacy and so on. No single person has competence for all fields of human endeavour.

One may be knowledgeable in one field and completely bereft of it in another field. That accounts for why people specialize in areas of their core competence. Even in one discipline, there may abound expertise in different fields within the discipline. So, if you know this, do you know the other? No human being is ominiscient; only God is. So, this narrative of arrogant finality to competence is more like hubris, excessive mortal pride of arrogating supernatural attributes to man. In the Greek mythology and tradition of tragedy, hubris is an abhorrent offense before the gods and which they punish with death.

Educational qualification is one and under section 131(d) the constitution provides for school certificate as the educational qualification for a governor of a state as well as the president of the nation, including s senator, member House of Representatives and house of assembly. Under the interpretation section, school certificate is further defined to mean First School Leaving Certificate and the presupposition of the ability to read and write. However, Nigeria is replete with millions of university graduates, masters degree holders, Ph.D holders and professors who are eminently qualified to man leadership positions. This may be the reason why some people are asking for the amendment of the constitution in that direction in order to raise the bar to university graduate level. One thing university education does is that it gives its recipient what Raymond Williams in his book, Illuminations, calls "complex-seeing." The assurance that you are likely to see more sides to an issue than any other person of your own experience, who does not have the university education you have got, is there. Education burnishes human cognition. A properly educated person is likely to have the capacity to think out of the box in the task of providing solutions to challenges in any field he may find himself. He may not be an expert there but he can think and whoever can think can lead.

Zoning does not preclude thinking.The zoning of political offices to the senatorial districts which has been the practice in Enugu State since 1999 is something done to accommodate the three zones and give each district a sense of belonging. Zoning is a tool for effective handling of equity, justice and fairplay in power transition and does not in anyway breach the constitutional provision for the competence of the candidate. There is no district that does not have hundreds of competent persons that can man the affairs of the state. Competence is not the question at all in consideration of zoning. It, therefore, appears those who lay claim to competence as their reason to demure zoning merely dress competence in borrowed robes, and do not understand what competence means.

Media handlers of Senator Ike Ekweremadu have for long been laying claims to competence as the special forte of the senator who has made it clear he is contesting for the governorship position against zoning. Ekweremadu is qualified to run for the position as well as hundreds of the Enugu citizenry in all the zones. Ekweremadu is well experienced the same way many Enugu citizens from the other zones are adequately experienced. Experience is not even the question in the first place and that is why the constitution did not provide for experience as a qualification (competence) for the job; otherwise, one would need to have been a governor before one can run for the governorship position. So, it appears Ike's media aides mistake experience for competence, yet Ike is inexperienced, since he has never been a governor before to have gained the experience. Making it look as though zoning and competence are two parallel lines is wrong and helps the thinking that Ekweremadu has no reason for seeking to truncate zoning, except for what looks like selfish over-ambition. Many political watchers are amused at the fact that Ike's media handlers cling to competence as

the advantage Ekweremadu has over any other candidate, not knowing they inadvertently, if ignorant, flaunt poor understanding of the word, competence.

Zoning does not negate competence. It rather locates competence within the setting to which equity points. Any gubernatorial aspirant who uses competence as an alibi to run against zoning has yet to show any strong reason for so doing. The constitution may have spelt out the competence but zoning has a way of legislating competence within the compass of equity, justice and fairplay which in Enugu State has shown to have engendered peaceful transition of power and elicited the acceptance of the people. So, competence has been muddled up in the discourse of power in the state and what we seek to do here is deconstruct it and divest it of the strange garb in which it is cloaked lest the public is deceived with unfounded and fallible claims.