PDP: Magu Stole Billions of Money Recovered by EFCC, But Is Being Shielded by APC Government 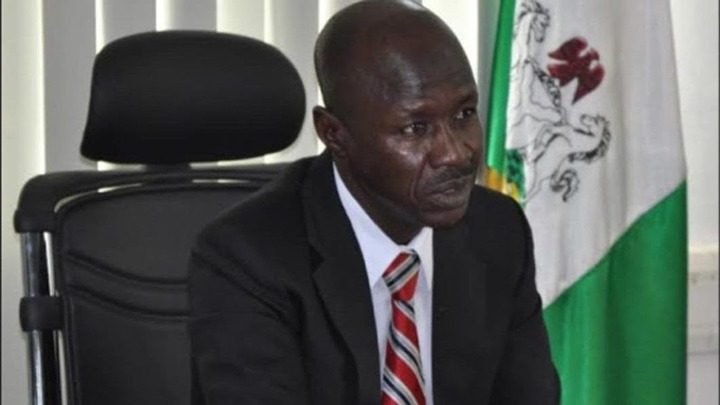 The National Publicity Secretary of the opposition party-PDP, Mr Kola Ologbondiyan has further rubbed insult upon Magu's injury as he alleged that the embattled former anti-graft boss actually stole the rumoured recovered loots, but is being shielded by the ruling party . In his words, Ologbondiyan said that:

"The fact is that the allegations of fraud including alleged stealing of billions of naira recovered by the EFCC among other accusations, which also include alleged transfer of stolen money to certain government officials, are already in the public domain".

This, according to him is the position of the party on the issue as he further claimed that the APC-led government's anti-corruption campaign is not as case-addressing as publicised by the ruling party. Nigerians are watching and keenly following the matter as they are expecting the national government to take decisive action on the matter, by arraigning Mallam Magu and whoever has been found to have assailed him in the corrupt acts in court.

Also, he submitted that some top dogs in the ruling party have been alleged to have aided the anti-graft boss as they got their share in the illicit money. This is responsible for the delay in acting, which has raised some suspicion in the minds of Nigerians as to APC's willingness and readiness to prosecute the matter openly. He stressed that:

"PDP believed that the delay is heightening suspicion in the public space over alleged attempt to give Magu a soft landing in order to cover up for certain top officials of the Buhari administration as well as some leaders of the All Progressives Congress (APC) alleged to have been indicted by the suspended EFCC chairman, in the course of his investigation by the Presidential Panel".

He however concluded by sounding a strong warning to the ruling party and equally offering the party a piece of advice that Nigerians, PDP and the whole world are watching APC-led government, in order to see how this case will end and, that PDP and Nigerians would not fold their hands and watch the ruling party sweep the case under the carpet. The party is interested in the handling of the issue and is thereby calling on the ruling party to arraign the accused in a law court as quickly as possible.

Do you think that PDP is right about this? Kindly say your mind below.