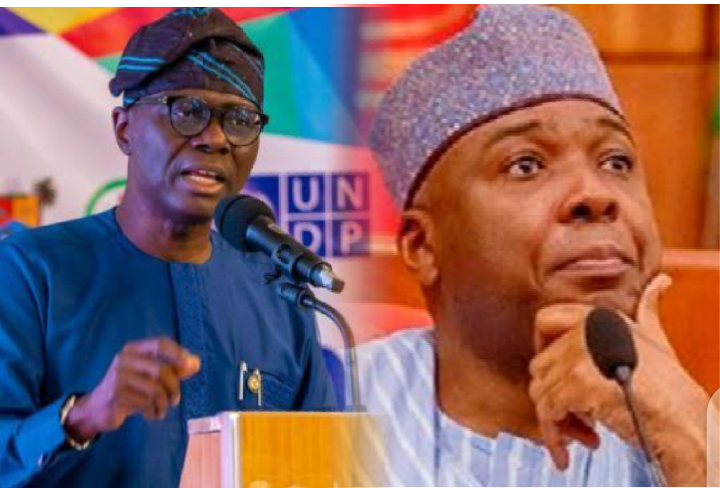 Lagos Governor, Babajide Sanwo-Olu on Sunday declared that Bola Tinubu is fit and ready for his next political move.

Sanwo-Olu made the comment at an event in honour of the All Progressives Congresses (APC) leader. 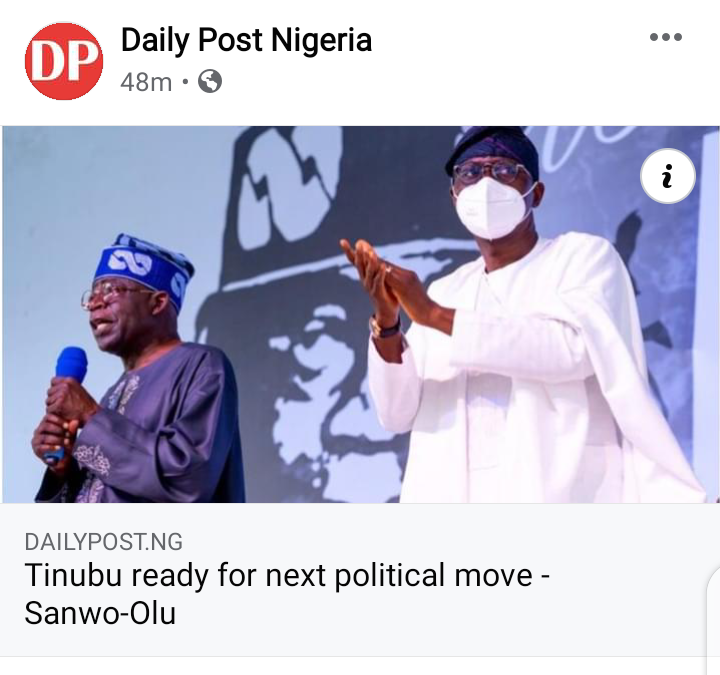 The Lagos helmsmen assured of his predecessor’s “renewed vigour”.

The Governor said Tinubu’s return excites the people of Lagos and supporters across Nigeria.

“We give glory to God who brought you (Tinubu) back with sound health and stronger vigour.

Former Senate President, Dr. Abubakar Bukola Saraki, has sent a passionate appeal to members of the National Assembly to save the country the trouble that will result from the proposal to make direct primaries compulsory. 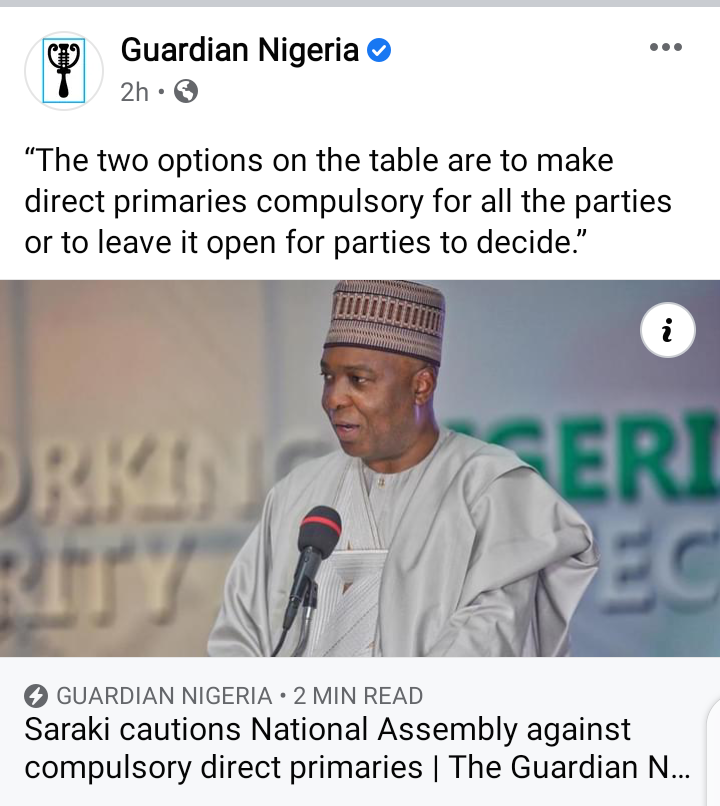 Saraki, in a statement yesterday by Head of his Media Office, Yusuph Olaniyonu, noted that the decision to include a provision in the proposed Electoral Act, which makes direct primaries compulsory for parties would only create new problem while trying to solve another.

He added that many of the political parties lack the necessary infrastructure to successfully conduct direct primaries at all levels, while the attempt would lead to litigations that might jeopardise the general election.

The flag bearer of the Peoples Democratic Party (PDP) in the November 6, 2021 governorship election in Anambra State, Valentine Ozigbo, restated his vision at a debate organised by Anambra State Development Unions (AASDU) Lagos, at the weekend. 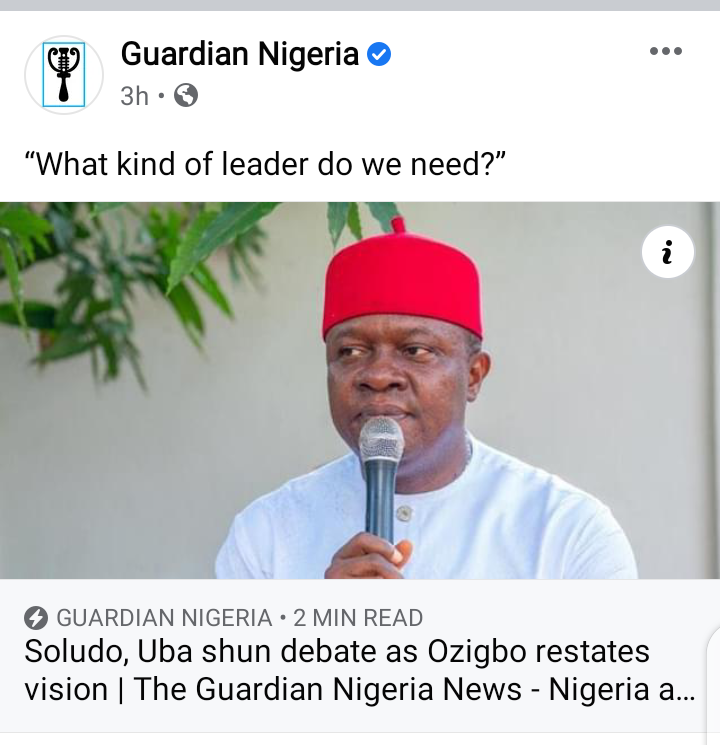 The event tagged, ‘Nzuko Umunna’, and chaired by the Chief Executive Officer (CEO) of Embassy Pharmaceutical Limited, Nnamdi Obi, was however not attended by the flag bearer of the ruling All Progressives Grand Alliance (APGA) and his counterpart in the All Progressives Congress (APC), Senator Andy Uba.

According to a statement issued by Media Advise to the Valentine Ozigbo (VCO) Campaign Organisation, Aziza Uzo, in Awka, the state capital, five other candidates were present.

The federal government has filed charges against the chairman of Human and Environmental Development Agenda (HEDA), Mr Olarenwaju Suraju, for allegedly cyberstalking the former attorney general of the federation, Mr Mohammed Adoke. 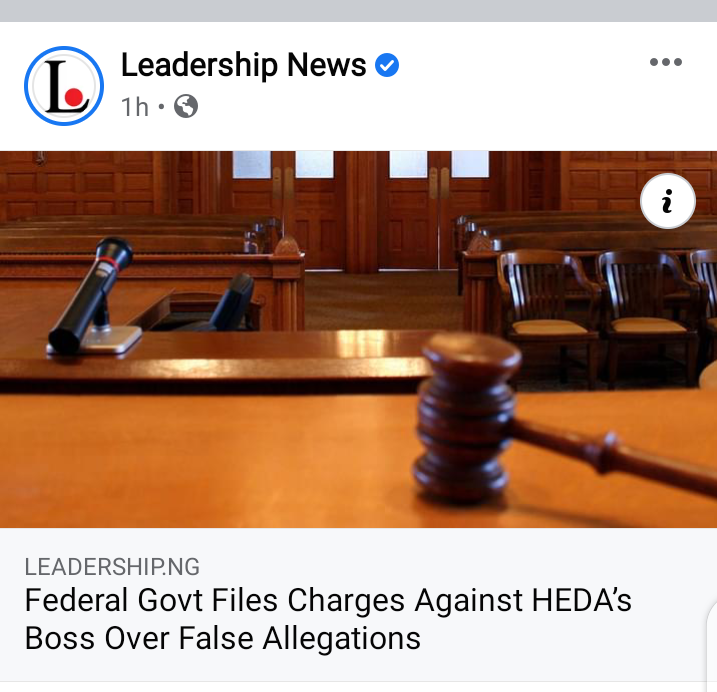 The filing of the suit marked: FHC/ABJ/CS/370/2021, at the Federal High Court, Abuja, came nearly six months after Suraju was arrested and investigated by the police following a petition by the former AGF.

The office of the attorney-general of the federation specifically accused the anti-corruption boss in a four-count charge of circulating in his social media handles, emails and audio interview information which he “knew to be false after the same was rejected in evidence in a criminal court in Italy”.