By WaterNewsGo (self media writer) | 13 days ago

The Deputy Governor of Anambra, Nkem Okereke, has been received by President Muhammadu Buhari following his defection from the All Peoples Grand Alliance (APGA), into the ruling All Progressives Congress (APC). 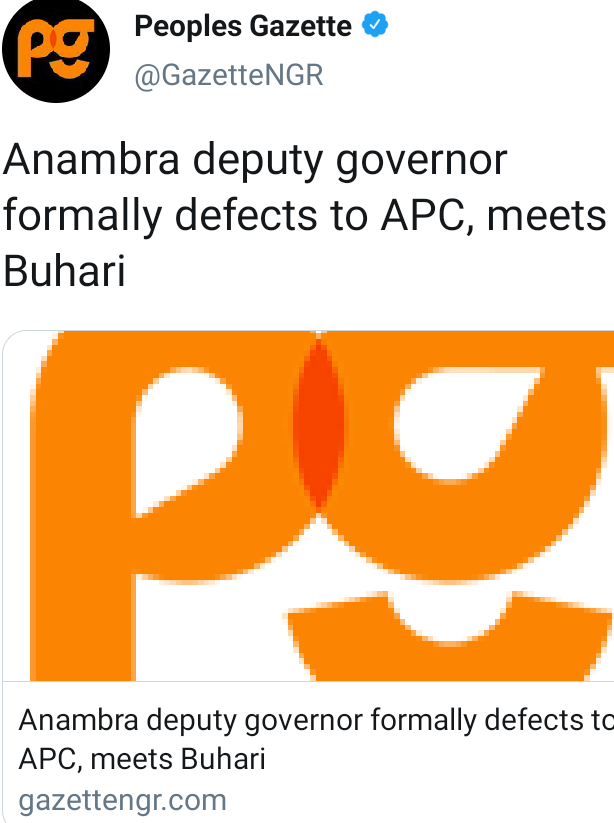 Governor Hope Uzodinma of Imo, who is also the Chairman Anambra Gubernatorial Campaign Council, confirmed this to State House correspondents after a closed door meeting with Mr Buhari at the State House, Abuja, on Wednesday.

He said Mr Okeke was presented to the president by the chairman of the Interim National Committee of the APC and Governor of Yobe, Mai Mala Buni. 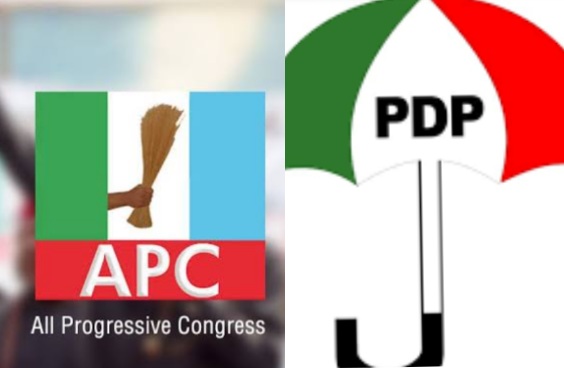 ABUJA- The search for a consensus national chairmanship candidate of the Peoples Democratic Party, PDP, suffered setback Wednesday night as a scheduled meeting of the Northern stakeholders did not hold. 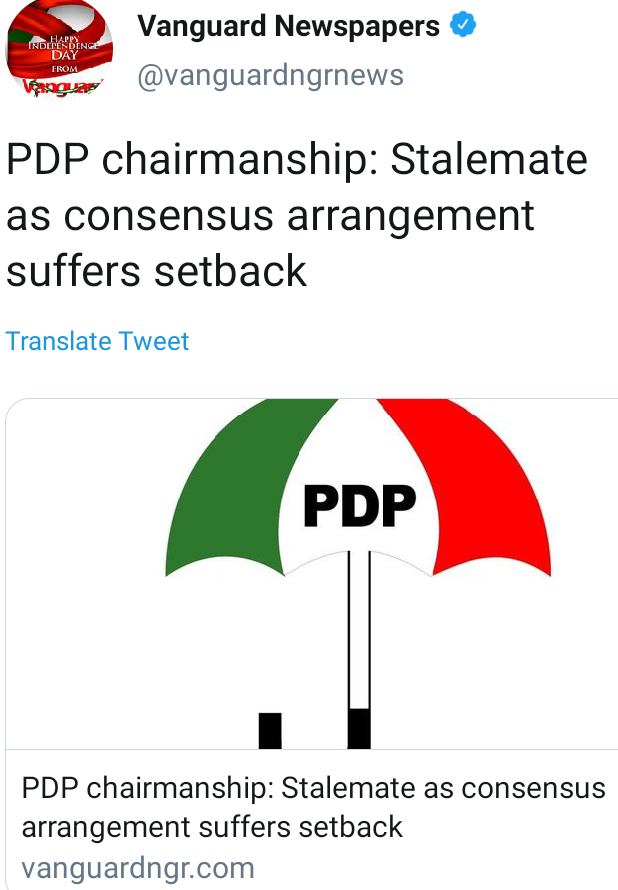 The botched meeting billed to hold at the Bauchi Governor’s lodge had the presence of Governors Bala Mohammed, Samuel Ortom, Aminu Tambuwal and Ahmadu Fintiri of Bauchi, Benue, Sokoto and Adamawa states respectively.

Ahead of the All Progressives Congress state Congress scheduled for Oct. 16, a Joint Party’s Stakeholders Forum has rejected zoning of any political position in Adamawa. 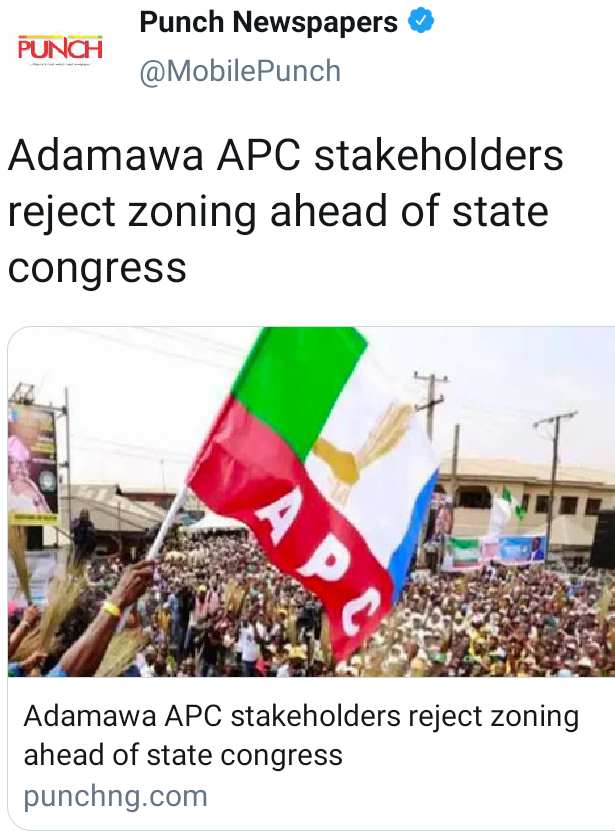 Mr Julius Kadala, Chairman of the Forum, made the position known during a news briefing held on Wednesday in Yola.

Kadala, a former Commissioner under former Gov. Umaru Jibrilla in the state, said the speculations making the rounds that the party had already zoned some positions to particular areas of the state were handiworks of enemies and saboteurs.

“On behalf of the Joint Grassroots Stakeholders of All Progressives Congress from the 21 LGAs of the state, l want to set the record straight. 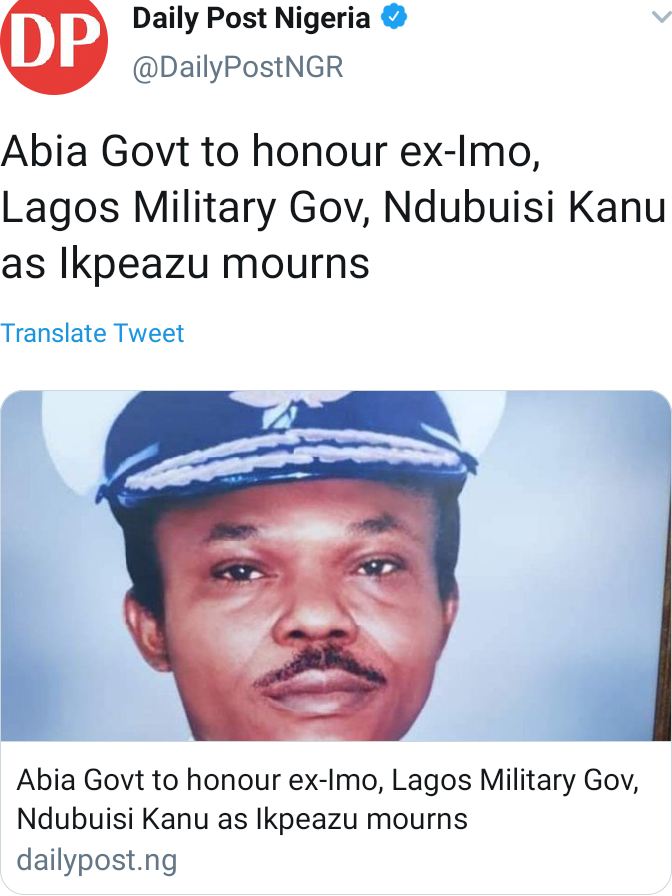 This was disclosed in a release signed by the Secretary to the State Government (SSG), Barrister Chris Ezem, and made available to newsmen on Wednesday, as part of activities rolled out to lay to rest the former military administrator.

According to the statement, Governor Ikpeazu invites the Deputy Governor, Rt. Hon Ude Oko Chukwu, thee Speaker and Members of the State House of Assembly, State Head of Service,