The origin (etymology) of the word “Marathon”, a lesson from a fascinating event in history.

Billions of people have lived and died on this earth but few have left footprint on the sands of time and influenced the course of history. Such is the event in the battle between the Medo-Persia empire and Athens in 490 B.C.E. How the Medo-Persia empire rose to be the dominant world power is a story for another day. However, it is worth noting that its ascendancy has been predicted in the bible (Daniel 7:5). Following the defeat of the Babylonians in 539 B.C.E under leadership of its first Kings, Cyrus the Persia and Darius the Mede, Medo-Persia took world dominance. After the death of King Cyrus, Cambyses, Artaxerxes and Darius I (The Great) ascended the throne respectively. These various kings are mentioned or inferred in the book of Ezra.

Under the leadership of Cyrus and Darius, the Medo-Persia empire subdued Lydia including the Greek cities of the Ionian Coast, Thrace and Macedonia, located in the north of 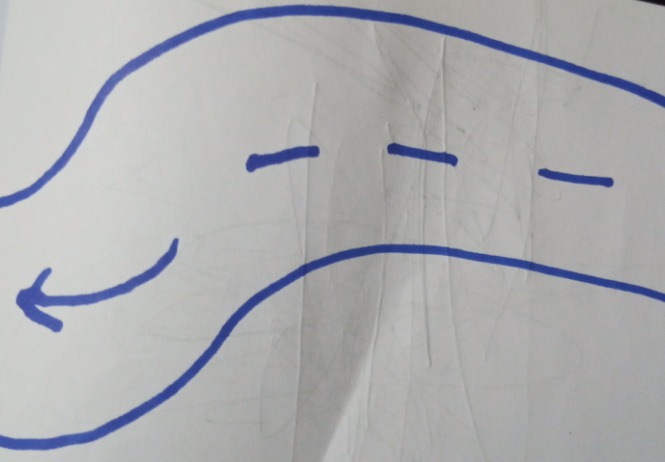 Greece. This defeat meant that almost half of the Greek-speaking world was already under Persian control. During the reign of Darius I (522-486 B.C.E.), the Greek cities of Ionia revolted against Persian domination. Persia swept in and subjugated the revolting Ionians into submission. The cry for help from the beleaguered Greek Ionian cities largely fell on deaf ears with only city-states of Athens and Eretria responding. After vanquishing Ionian, Darius determined to punish Athens and Eretria for having rendered aid to the rebellious cities leading to the invasion of Greece. By August of 490 B.C.E. and with a powerful force of probably a 100,000 cavalry and infantry, the Persians were ready to deal with Athens and its territory of Attica. The Athenians with a mere 9,000 foot soldiers and 1,000 additional support from Plataea without any support from either cavalry or archers were no match for the Persians, or so it seemed. They approached Sparta for help but their pleas fell on deaf ears as the Spartans were busy with religious ceremonies honoring Apollo. The Athenians had to fight the Persians alone.

Athens constituted a committee of ten different generals to determine, by majority vote, its battle strategy. It was decided that the Athenian forces will meet the Persians in the field as opposed to keeping their forces in Athens to defend the city since Athens had no strong protective walls to defend it. The designated location to meet the Persians was in Marathon, 26 miles (42 km) from Athens. One leader who played a key role in this battle was the Greek general Miltiades, a veteran leader who fought on the side of the Persian army during early campaigns. Using his good knowledge of the makeup of the Persian army, their weapons and battle strategy, he hatched a plot. Miltiades was aided by the news of a Persian defector who slipped into the Greek camp and reported the Persian cavalry had temporarily withdrawn. The reason for such move by the Persians is at best speculative but may not be unconnected with hubris about sureness of defeat by the Persian army. Whatever the reason, the gravest danger to the Athenians foot soldiers have been removed.

As dawn broke, the Greek phalanxes charges at the Persians who were astonished and withdrew temporarily but soon countered and broke through the centre of the Greek battle line. That was exactly what Miltiades intended with his trap. Miltiades had purposely left the centre weak and strengthened the flank with additional rows of soldiers. Suddenly, the Persians were surrounded and the result of a tremendous massacre of 6,400 Persian casualties in comparison with 192 Athenians. The legend says that in the euphoria of Athenians accomplishment, a young Greek ran the 26 miles from Marathon to Athens and upon arriving shouted, “Rejoice, we conquer!” and then dropped dead. This is said to be the first marathon and the origin of the word, setting the precedent for the modern-day long-distance footrace of today.