By InsaneMind (self meida writer) | 27 days

During the investiture of Obasanjo as a Trustee of the Abeokuta Club which is a sociocultural organisation of Egba people of Ogun State, The former president of Nigeria, Olusegun Obasanjo spoke in Abeokuta as he reportedly breaks silence concerning the reason why the controversial June 12, 1993 Presidential Election was annulled. It is well known that the presidential election was presumably won by late business mogul, Moshood Kashimawo Abiola who subsequently died on 7th of July 1998. 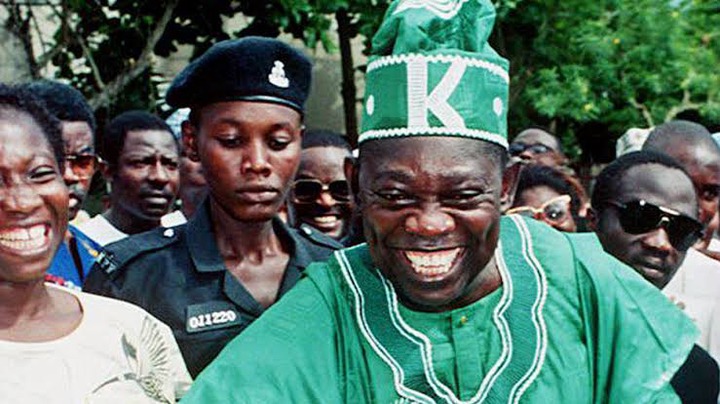 In Obasanjo's statement, he said that particular June 12 presidential election was annulled because of hatred, the cancellation of the election made Egbaland robbed due to the fact that the there might have been a huge opportunity for for abiola's three sons to occupy the seat of the president at different times. Abiola was my school mate back then before he was subsequently awarded a posthumous Vice-Patron of a Club during its 46th President Party held at the secretariat in Ogun state, Obasanjo explained. The former president also laid emphasis on the fact that abiola deserved the award given to him by the club saying he could have been the 3rd civilian president after Chief Ernest Shonekan if the 1993 presidential election hadn't been cancelled. 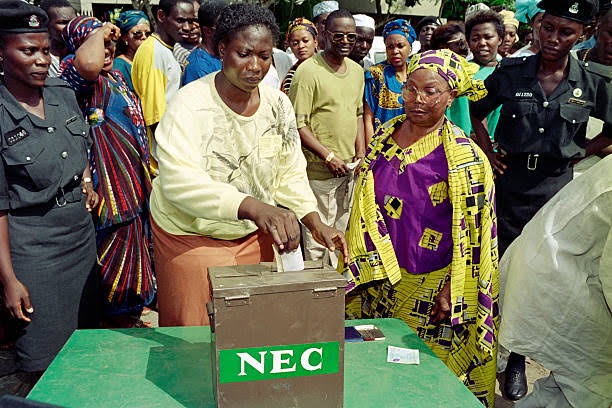 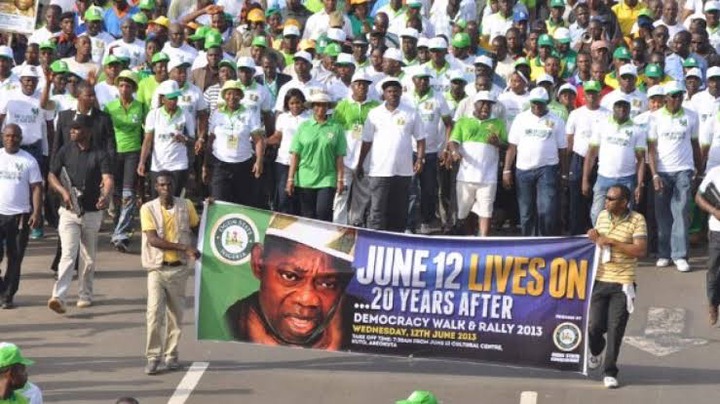 Obasanjo reportedly appreciate the club for the award bestowed on him and late M.K.O Abiola saying it's an honour which is richly deserved. Source

However, amidst the gathering at the development of Abeokuta club, Alake of Egbaland, Oba Adedotun Gbadebo also made a statement concerning abiola's unfavored attempt to become president in 1993. The monarch said he's proud of Obasanjo and Late Mko abiola, but some "bad bloods" didn't allow Abiola become president. 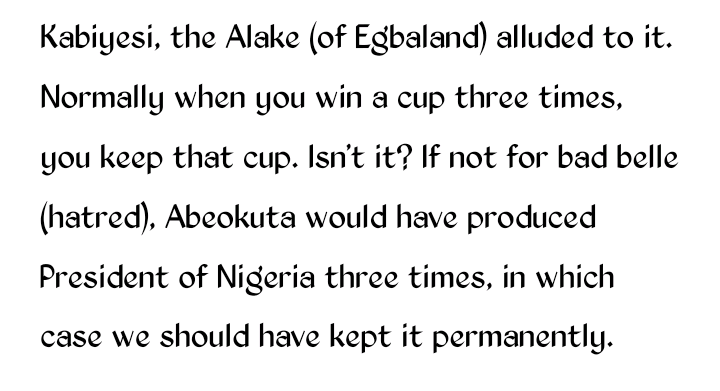