By ChungleeWrites (self meida writer) | 29 days 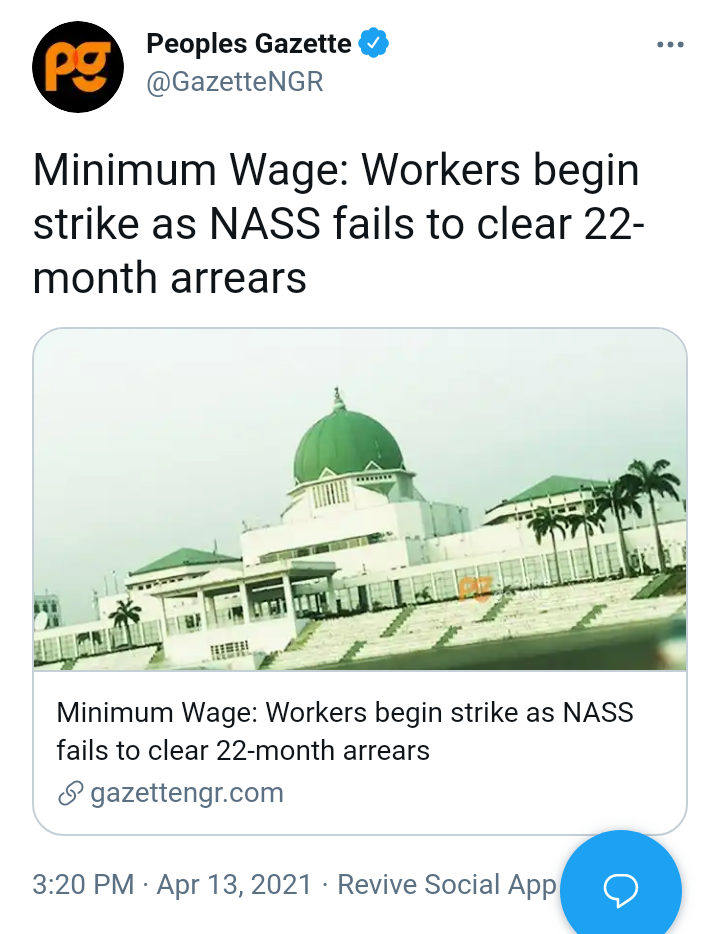 The management of the National Assembly has attributed the non-payment of 22-months minimum wage of its workers arrears to the non-implementation of the new national minimum wage for its workers.

The workers, under the aegis of the Parliamentary Staff Association of Nigeria (PASAN) are billed to commence a strike action on Tuesday after issuing a strike notice a fortnight ago.

This follows the failure of the management to meet their demands.

Some legislative aides have also threatened to join the industrial action at the National Assembly.

President Muhammadu Buhari had in April 2019 signed a new national minimum wage bill increase for workers from N18,000 to N30,000 which NASS itself had passed but its management is yet to implement. 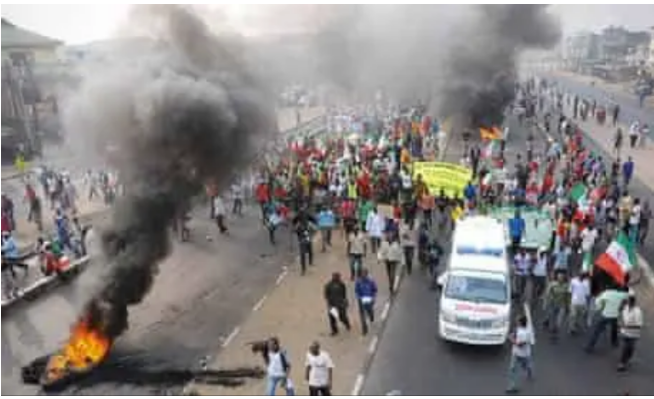 Speaking to Peoples Gazette on Tuesday, NASS Director of Information, Rawlings Agada, assured that the management is addressing the situation and is already reaching out to the staff union. 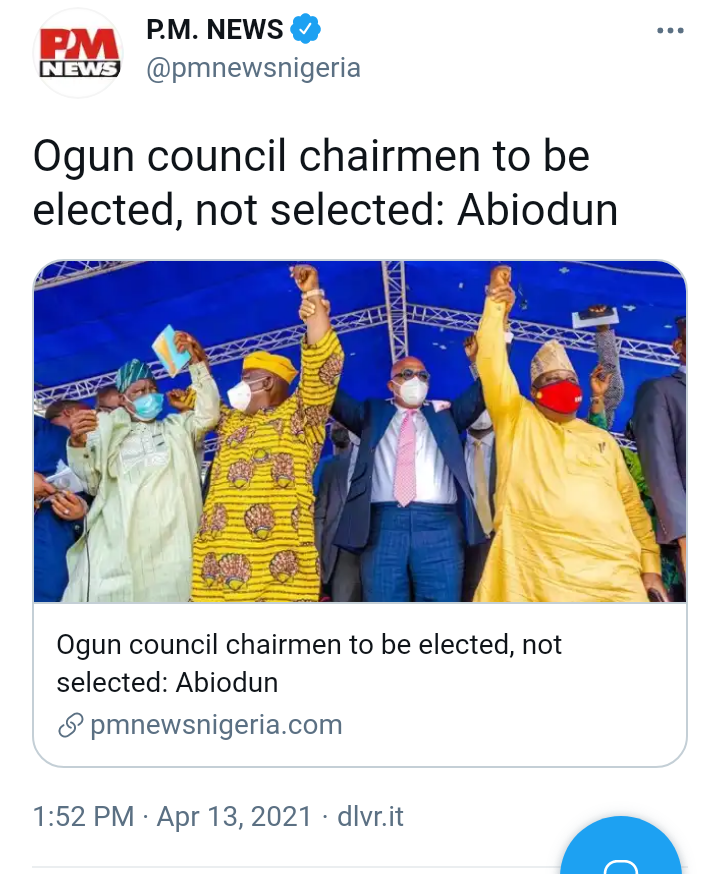 Ogun State Governor, Prince Dapo Abiodun, has assured the people of the state that the forthcoming local government elections will be free and fair.

Abiodun added that the next council chairmen would not be appointed, but elected by the people.

Prince Dapo Abiodun who made this known at an event held in the state capital to welcome new members into the ruling All Progressives Congress (APC), urged the new members to continue to work hard towards the continued development of the party and the state.

Abiodun while noting that his administration would continue to adopt the bottom-up approach which gives the people the power to choose projects that directly affects them, said his administration in the next 60 days would commission the Sagamu-Abeokuta expressway, alongside other projects in the month of May. 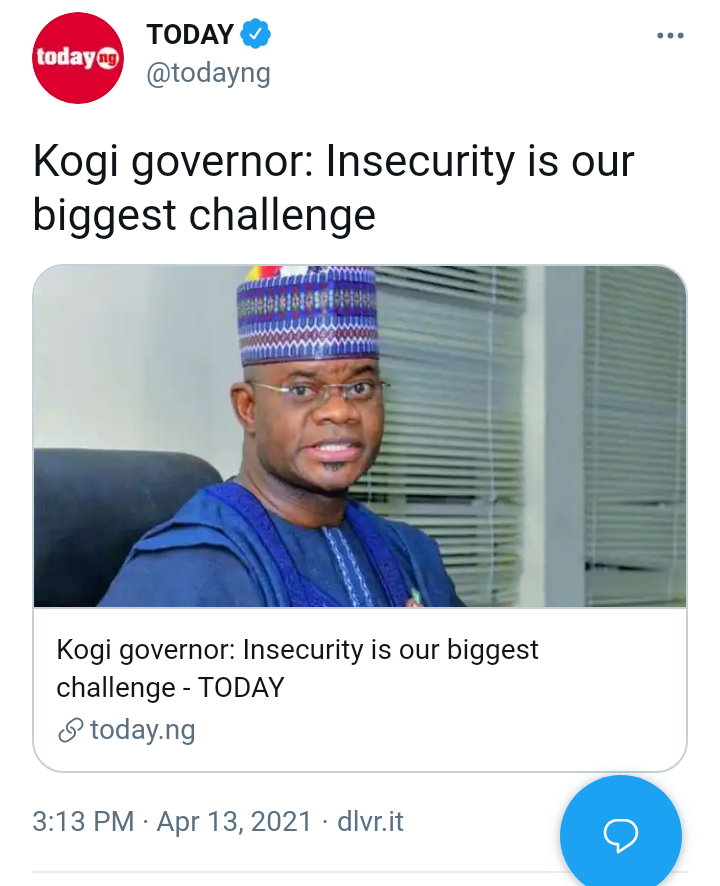 Kogi State governor, Alhaji Yahaya Bello, has identified insecurity in the form of terrorism, kidnapping and banditry, as the biggest challenge facing Nigeria at the moment.

Governor Bello, who made the observation in Abuja at the weekend, during the first annual lecture/fellows night and third investiture of the Institute of Security and Strategic Studies (ISSS), also called on Nigerians to unite to end all forms of insecurity in the country.

He stated that Kogi State has remained one of the most secured states in the country, adding that Nigerians need to work tirelessly to ensure that peace reigns in the country, irrespective of ethnic, religious and other differences.

The first annual lecture/fellows night and third investiture of the institute with the theme, “Our National Security Predicament, Its Implication for the Current Order,” also had in attendance other dignitaries, such as the executive secretary, Tertiary Education Trust Fund (TETFUND), Prof Suleiman Bogoro, former governor of Abia State, Senator Theodore Orji. 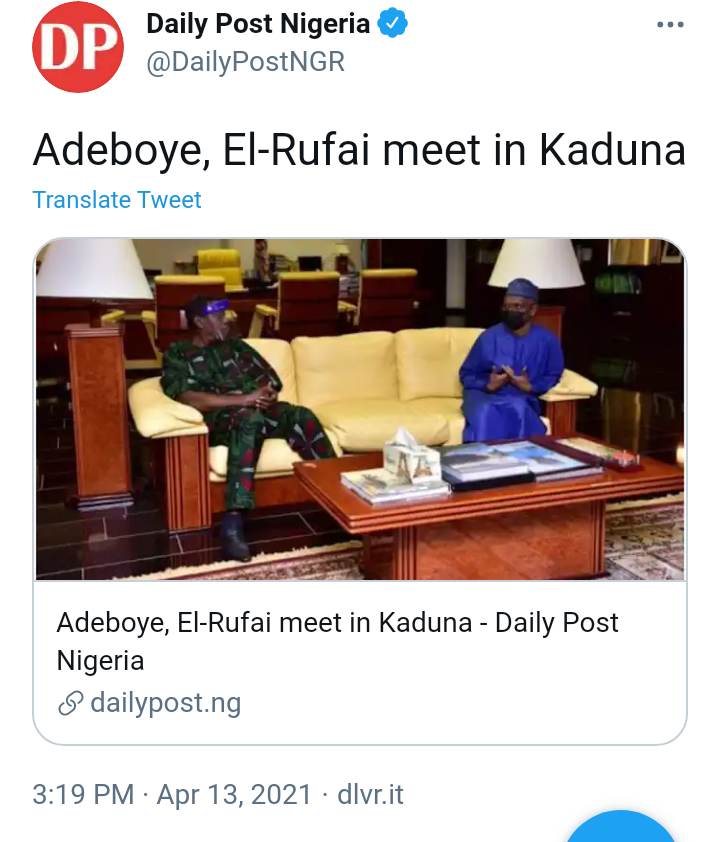 The meeting was held at the Sir Kashim Ibrahim Government House in Kaduna.

Adeboye made the trip days after eight kidnapped RCCG adherents from Kaduna Province 1, were freed.

The Region 30, Trinity Sanctuary members were abducted on March 26 along Kachia-Kafanchan road while travelling in a church bus. 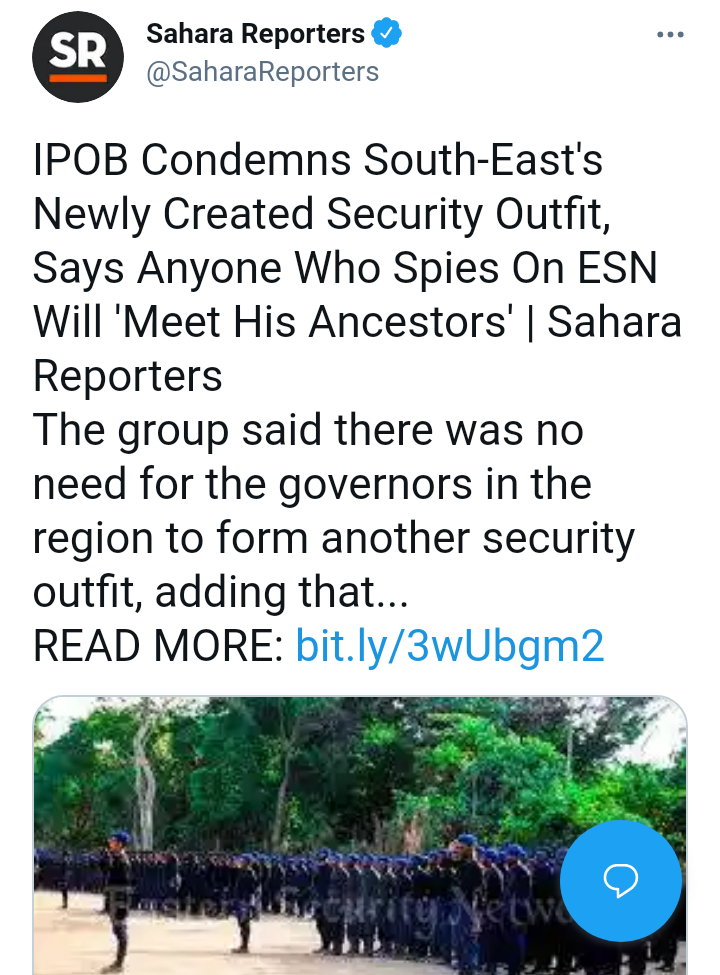 The Indigenous People of Biafra (IPOB) has condemned the newly created joint security outfit, Ebube Agu, in the South-East region.

The group said there was no need for the governors in the region to form another security outfit, adding that such a group is against the Eastern Security Network.

IPOB mocked the formation of Ebube Agu for not having personnel on the ground to kickstart its operations, therefore maintaining that the Amotekun and ESN began their operations because they had personnel.

The group, then, called the governors in the region timid and traitors in their approach of floating an “abstract security called Ebube Agu to secure the zone from Fulani terrorists.”

This was contained in a statement released to SaharaReporters by its spokesman, Emma Powerful, on Tuesday.

In the statement, the separatist group warned that anyone who joins Ebube Agu to spy on ESN will meet his demise.

The IPOB also stated that the newly-formed security apparatus in the region was suspicious and would crash if it was intended to work against ESN. 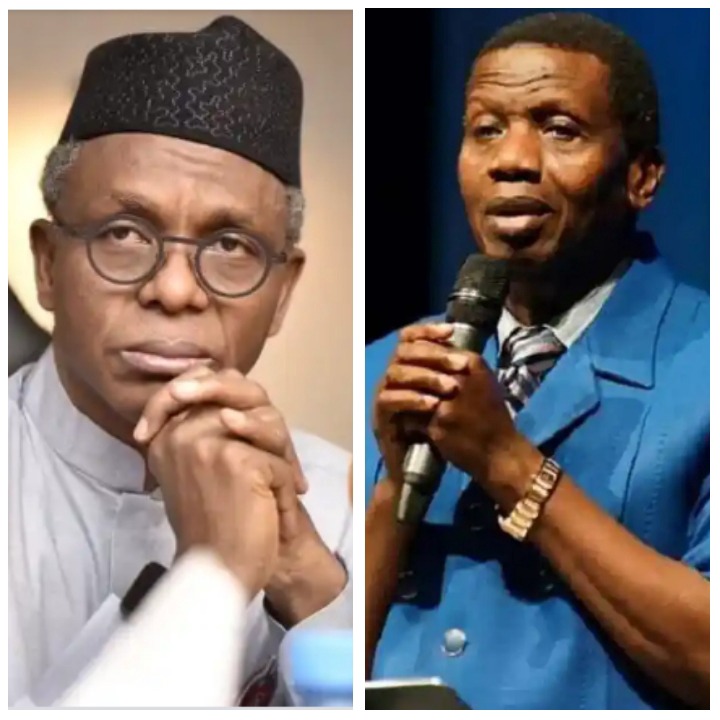