By sdasdssd (self media writer) | 10 months ago 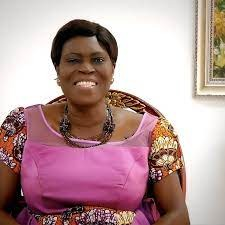 Senator who slammed Trump over riot now standing next to him at rally. See why 03:07

(CNN)Nine months after the attack on the US Capitol, Republicans in Congress are defending Donald Trump's role on January 6 in some of their strongest terms yet -- and signaling he'd have widespread backing from the party if he ran for president again in 2024.

Republicans from across the conference -- including some who are vulnerable in next year's midterms or have long been seen as part of the establishment wing of the party -- are expressing little to no reservations about the prospect of Trump topping the ticket again, even as he continues to spread the same election lies that led a mob to storm their place of work. Some GOP members are cheering on a Trump comeback, saying he remains a popular figure and powerful force in the party. And there's widespread agreement among Republicans that Trump would be the automatic frontrunner -- and freeze the primary field -- if he chooses to jump in.

Even some Republicans in swing districts -- like Rep. Jeff Van Drew of New Jersey -- are embracing Trump's potential return into the political fray.

"Yes, I would," Van Drew, who switched parties and became a Republican in 2019 to defend Trump during his first impeachment proceedings, said when asked if he would back the ex-President if he ran again in 2024.

The southern New Jersey congressman, whose district narrowly backed Trump last year, bluntly said that he does not think Trump is responsible for the events of January 6, contending that the former President didn't call for violence.

"I do not," Van Drew said. "I think that people are responsible for their own actions."

Enter your email to sign up for CNN's "Meanwhile in China" Newsletter.

What’s happening in China and what does it mean for the rest of the world?

By subscribing you agree to our

Asked if he believes that President Joe Biden won legitimately, Van Drew said: "I am not going to make that determination. But what I do think is that we need to make sure that our election system works right."

Trump's continued grip on the GOP is hardly Content created and supplied by: sdasdssd (via Opera News )