It was a historic day in Bille Kingdom of Degema Local Government Area of Rivers State as the ancient Bille Kingdom finally crowned a King for their kingdom.

The people of Bille Kingdom has over the years without a crowned King since the demise of their King, His Royal Highness, Justice Henry Igolima-Dappa JP, AFP) Agbaniye-Jike XVII, who died in 2009 after reigning for thirty years.

According to history, sequel to his demise, Bille Kingdom began a determined search for whom the mantle of Amayanabo of Bille would suitably fall on. That epic search got to the climax at 12 noon on the 12th of December, 2020. The search concluded as the choice was received by Bille Kingdom Chiefs Council and thereafter ratified by the Bille people at the General Assembly. So has the mantle come upon Igbikingeri Ngowari Cornelius Herbert as the Agbaniye-Jike XVIII, the Amayanabo of Bille Kingdom. Before his coronation on Saturday April 3, his gigantic throne was displayed at the Community square for the pleasure of Community people and visitors who had come to witness the historic moment in Bille Kingdom. The throne was afterward covered.

Below is the photo of the big throne of the Bille King: 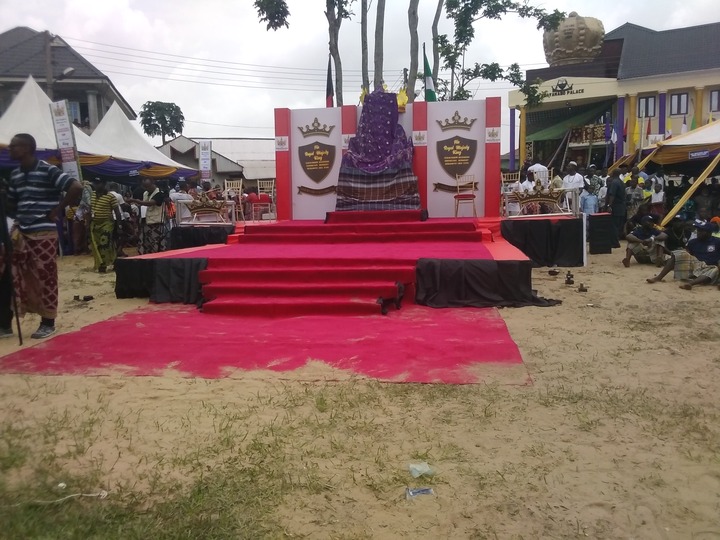 The coronation of His Royal Majesty, King Igbikingeri Ngowari Cornelius Herbert, Agbaniye-Jike XVIII, the Amayanabo of Bille Kingdom had many top personalities in attendance. What do you think of the throne.