EKITI: Bye Election violence in omuo is a call for orientation of the electorate [Opinion]

By OmoobaNelson (self media writer) | 9 months ago 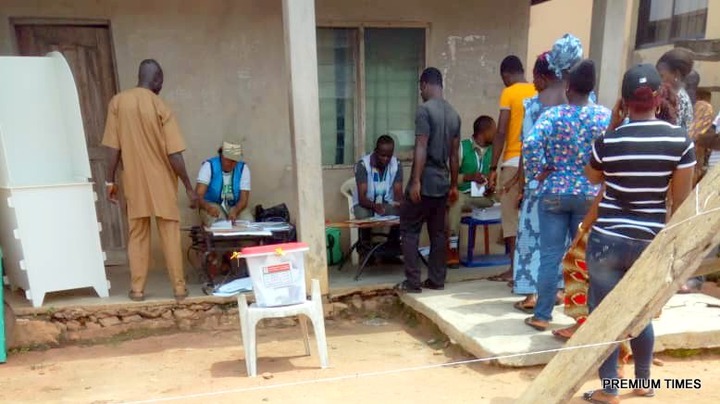 The recent electoral violence that erupted during the bye election in Ekiti East Constituency 1,Omuo Ekiti is one of such avoidable electoral violence. On the 20th of March, 2021, the people of Omuo Ekiti had come enmasse to cast their votes in the scheduled state’s assembly bye election that was meant to elect a replacement for the deceased lawmaker that represented Ekiti East Constituency I who died earlier this year. Expectedly, the two major parties that participated in the election was the ruling All Progressives Congress and the opposition party in the state, People’s Democratic Party. It was expected to be a highly contested election owing to the fact that the senator representing Ekiti West senatorial district, Abiodun Olujimi and the lawmaker representing the federal constituency at the House of Representative Hon Femi Bamisile are both from Ekiti East; while Olujimi is a strong member of the opposition party, Hon Bamisile is a member of the ruling party. Howbeit, despite this nobody would have expected that a bye election would later claim the lives of three people. According to PREMIUM TIMES Newspaper, Ward 7, Iworo in Omuo Ekiti are one of the places that some unidentified gunmen unleashed mayhem during the voting exercise leading to deaths of electorate and causing severe injuries to INEC workers. Even though the cause of the violence has not been ascertained, the usual blame game has become more tensed between the two major political parties in the state, the All Progressives Congress APC and the People’s Democratic Party PDP. While the opposition party has blamed the ruling party for trying to secure the constituency’s legislative seat in the state house of assembly, the ruling APC has disregarded the claim and blame the opposition party for playing a do or die politics that led to the violence.

While it is not a new thing to see the ruling and opposition parties to engage in blame games whenever there is any form of electoral violence, the question remains that; has this blame game helped curb the menace of electoral violence in Nigeria?. Are the electorate doing enough to get educated or change their electoral behavior?. There is no denying that in Nigeria, the shortest cut to affluence is through politics. Politics means money and money means politics…to be a member of the government party means open avenue to government patronage, contract deals and the like” and this has made elections so contentious and full of violence. Severally, there has been calls for the government to improve the existing security system and apparatuses but unfortunately, little or nothing has been done to curb the increasing use of thugs by politicians during elections. In most cases, these thugs wield dangerous weapons like guns and cutlasses with aims to disrupt electoral processes leading to severe unrest and even deaths just like the ones recorded in Omuo Ekiti.

Indeed, the bye election in Omuo Ekiti is one of those horrendous elections that has dashed the hope for credible elections and more importantly it has sent a bad signal to the 2022 governorship election in the state. It is time that the blame game between political parties stop and the electorates are re-orientated on why they must embrace peaceful electoral participation; this is because political thuggery is a product of bad electoral behavior. There is need for the electorates most importantly the youths, to avoid been used as agents of political violence.The Federal and State Government needs to create an environment or educative platform that will accommodate all political stakeholders at the local, state and national levels in order to sensitize and re-orientate Nigerians on peaceful co-existence and the consequences of electoral violence. This forms of orientation enlightenment programme should be sustained in order to help Nigerians inculcate democratic norms and values in order to avoid the Ekiti East Constituency I bye election violence in subsequent elections.

Finally, the report of the arrest and prosecution of the perpetrators of the Omuo Ekiti violence is a welcome development as it will serve as a deterrent against this form of violence in times to come.

Content created and supplied by: OmoobaNelson (via Opera News )