Opinion: Here’s Why Ihedioha Must Ask His Supporters To Remain Calm Over Umeadi’s Supreme Court Suit

There are lots of propaganda going on in respect to the pending Supreme Court review of its judgement on Imo State governorship election. You will recall that Chief Phillip Umeadi (SAN) instituted a suit at the Supreme Court against the Imo State Governor, Senator Hope Uzodinma and his party, the All Progressive Congress.

The petition filed by Chief Philip Umeadi SAN, in which he joined the Peoples Democratic Party, PDP, is asking the Apex Court to enforce its judgement of December 20th 2020, in which it ruled that Chief Uche Nwosu was the bona fide candidate of both the Action Alliance, AA, and All Progressives Congress, APC. 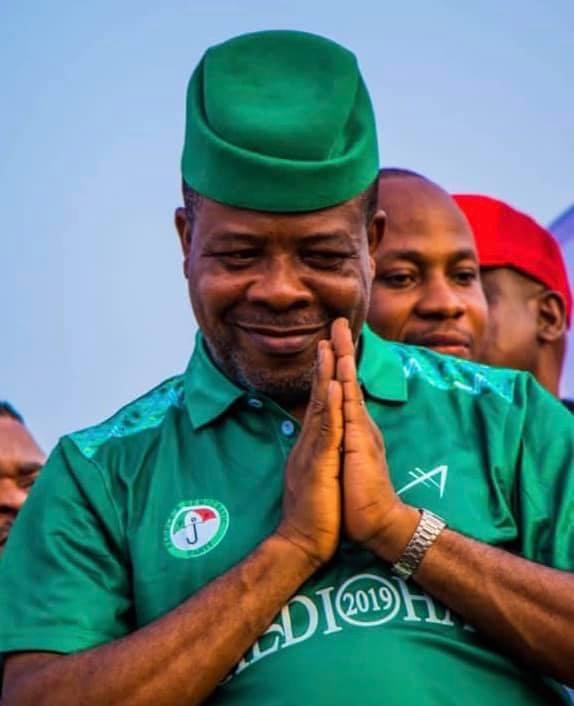 That judgement by the Supreme Court on the double nominations of Chief Uche Nwosu by the two parties led to the disqualification of Nwosu as a contestant in the 2019 governorship election. Then arose the question of "if Uche Nwosu was disqualified as the candidate of APC, how come APC still had a candidate in Senator Hope Uzodimma?"

Chief Philip Umeadi SAN had since July 2020 filed the petition asking the Supreme Court to enforce its judgement which implied that APC don’t have any candidate in the 2019 governorship election. 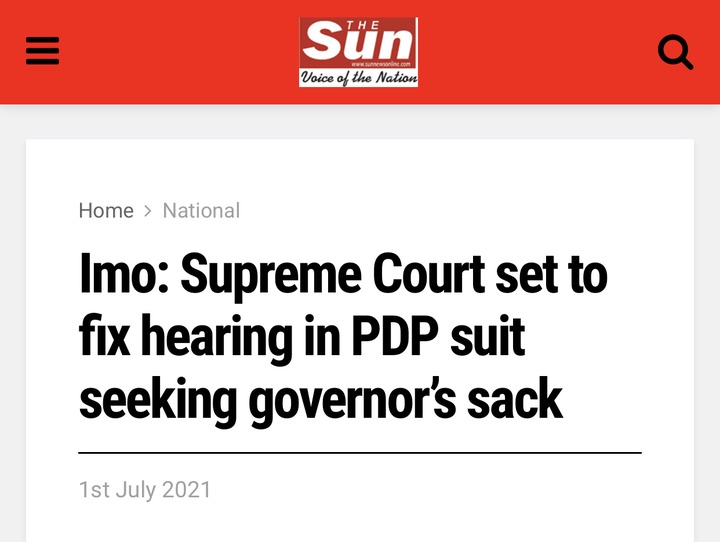 According to a report by The Sun Newspaper; The Supreme Court is about to fix a date to hear and rule on the petition this July. They held that the Deputy Registrar (Litigation) is to consult the Chief Justice of Nigeria (CJN) for a hearing date, which would soon be communicated to the parties.

In my opinion, The media campaigns portraying Emeka Ihedioha as the authentic governor of Imo state needs to stop. The online protest and political insults has also gone too far. The desperation to drag the Supreme Court into the mud has taken a whole new level and should be checkmated. 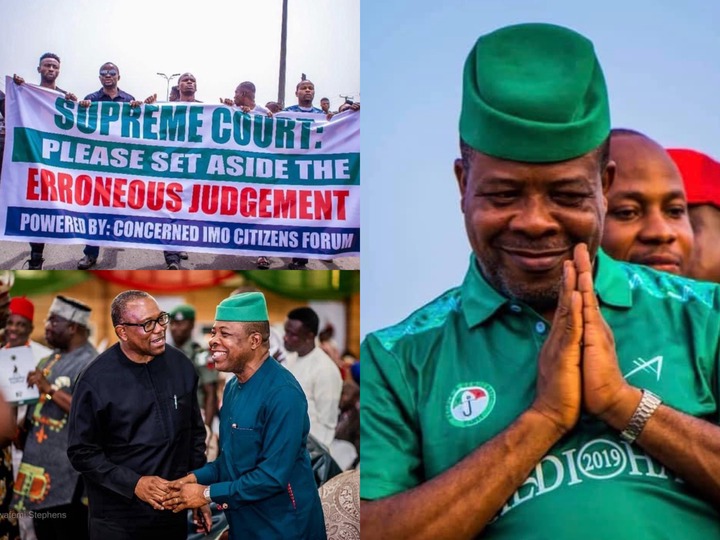 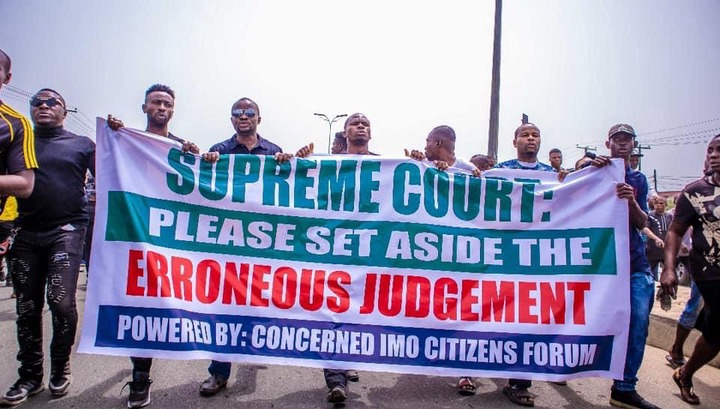 In fairness, Ihedioha is a Nigerian politician like others, he also has right of appeal where necessary and accepted. He has not committed any crime to seek for clarity, but the way his online supporters are demeaning the Supreme Court Justices needs to be looked into.

If the Supreme court rules on Umeadi’s petition and declares it lacks merit, Ihedioha has no option than to team up and build up Imo with the government of Uzodimma. If he is returned, as many would doubt, the rest who have also maligned him will be expected to join in praise. This is the Nigeria we have grown to love.

Emeka Ihedioha should immediately call his supporters to order and ensure that they remain calm and peaceful. Any protest of any kind must be discarded considering the current security situation of the state.