Why Osibanjo May never Be Nigeria's Next President.

By God's_General (self media writer) | 2 years ago 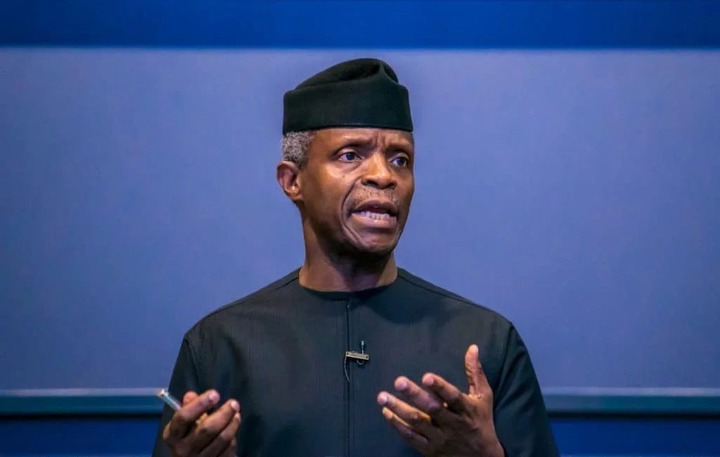 The former Lagos State commissioner of law and Incumbent Vice-president of the federal government of Nigeria has been tipped of by many Nigerians and associates groups to be Nigeria's next president come 2023. These groups have might have seen a potential in him or might just be supportive on basis of same tribe or same religion but here are some major loopholes in the quest for presidency from Vice president Osinbajo.

1) He has received more queries than even Burahi

Allegations after allegations have come against the VP who barely has time to get a breath. Recently, Former Acting director of EFCC Ibrahim Magic who was probed revealed that he had given a sum of 4 billion Naira to the VP. Professor Osibanjo denied these allegations but the harm had already been done as Nigerians might have a question relating to this come 2023. He also allegedly transferred 5.3 billion naira from the treasury to the National Emergency Management Agency (NEMA) whom he presides over. This is constitutionally allowed but a whole 5.3 billion for emergencies?

Aside from his first and second term as vice president, professor Osibanjo doesn't have enough experiencial capabilities to undertake the post of the president. Though he may learn from the seat of the vice presidency but to rule Nigeria, high level of charisma is needed which could be gotten from experience.

3) Stiff opposition from Tinubu in the west

As already discussed, experience will surely be a major headache for the VP even as he faces stiff opposition from the jagaban who might have disclosed his intention to run for the presidency. The latter is known widely as a Political Godfather in Nigeria and has more support from Yorubas down south.

The VP has been very quiet except for few occasions of reburffing Allegations thrown at him and when in Acting Presidency. This is very uncommon of a western politician as they are known for publicly expressing their views on affairs of the nation.

If indeed he needs to get up there, he needs to clear himself as Nigerian as watching and he might not find it funny come 2023.

Content created and supplied by: God's_General (via Opera News )