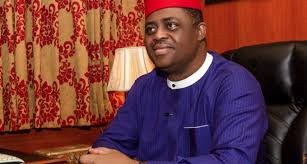 It is no more news that the Peoples Democratic Party PDP Chieftain, Femi Fani-Kayode has dumped the Party for the All Progressives Congress APC. Though, Many People mocked Fani-Kayode for his action, because of the way he criticised President Buhari. It should be recalled that Three Governors and many Senators under the Platform of the PDP had earlier dumped the Party for APC. The Governors are Governor Bello Matawalle of Zamfara State, Governor Ben Ayade of Cross Rivers State and the Governor of Ebonyi State, Governor David Umahi. However, More PDP Leaders may likely dump PDP for APC before 2023 Polls. 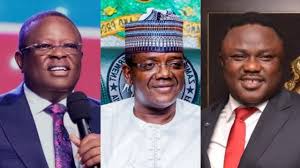 Recently Governor Babajide Sanwo-olu Special aides, Joe Igbokwe mocked Fayose to meet President Muhammadu Buhari, the way Femi Fani-Kayode met him, so that he will dump the PDP for APC. The relationship between Fayose and Femi Fani-Kayode is an indication that Fayose may also dump PDP for APC before 2023. Meanwhile, Fayose was accused to have Joined the Southwest Agenda (SWAGA) in Ekiti State. SWAGA is a group in APC, emancipating for the realisation of Tinubu's Presidential Ambition. Though, Fayose denied the Allegation but the fact is, Fayose may likely dumped PDP for APC before 2023 due to his romance with APC Leaders. 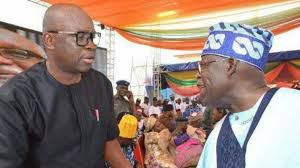 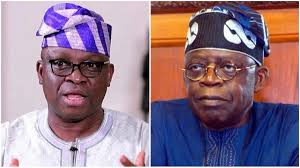 Another PDP Leader that may dump the PDP for APC is the former Governor of Kano State, Rabiu Kwankaso. Kwankaso dumped APC for PDP before 2019 Presidential Polls to contest Presidential election. Though, He was defeated at the PDP Primary Election by the former Vice President, Atiku Abubakar, who emerged as Presidential Candidate of the Party.

Recently, It was gathered that Governor Ganduje and The National Caretaker Chairman of the Party, Governor Mai Mala Buni met with Kwankaso and it was rumoured that the meeting was about how Kwankaso will return to APC. Though, Kwankaso has denied the allegations of leaving his Party, PDP for APC. He made it known to his Loyalists in the State that he remains in PDP but the fact is that Kwankaso may return to APC before 2023 Polls.