Everything you need to know about bangladesh history

By Evans.nakade (self media writer) | 1 year ago 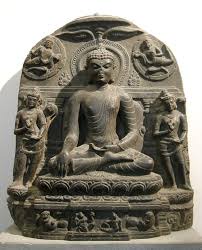 Bangladesh officially known as the People's Republic of Bangladesh is an independent nation located in South Asia. It makes up the eastern and largest portion of the ethno-linguistic region of Bengal. It is situated at the zenith of the Bay of Bengal and is bordered by Myanmar and India, and separated from Bhutan and Nepal by the thin Siliguri Corridor.

Present-day Bangladesh came out as a sovereign country in 1971 after breaking away and gaining independence from Pakistan in the Bangladesh liberation war. Its early history was characterized by internal fighting, a succession of Indian empires, and a scuffle between Buddhism and Hinduism for dominance. The borders of modern Bangladesh were formed after the partition of India and Bengal in August 1947, when the area became East Pakistan as a section of the newly established State of Pakistan following the Radcliff Line. The name Bangladesh was initially written as two words, Bangla Desh. Bangla is a key word for both the Bengali language and the Bengal region. The exact origin of the term is, however, not known. Below, some of the key events in the history of Bangladesh have been explained in brief.

Stone Age tools dating back to over 20,000 years ago have been found in the Greater Bengal region thus indicating human settlement in the region.

Ancient Bengal was initially occupied by the Austroasiatics, Tibeto-Burmans, Dravidians, and Indo-Aryans in successive waves of migration and main urban settlements were established during the Iron Age towards the middle of the first BCE millennium when the Northern Black Polished Ware culture was established in the Indian sub-continent.

Bengal was governed by the Mauryan Empire in the 3rd and 2nd centuries BCE. With their citadels in the Bihar and Bengal territories, the Mauryans established the first geographically widespread Iron Age empire in ancient India. The empire promoted Buddhism and Jainism and it was able to reach its apex under emperor Ashoka. The Gupta Empire finally succeeded the Mauryan Empire in the 3rd century. This empire was believed to have originated from the Varendra area in Bangladesh, and it corresponds to present-day Rangpur and Rajshahi divisions. This era brought about the theory of the Earth orbiting the Sun, invention of chess, the study of the lunar and solar eclipses, the concept of zero, and the thriving of drama and Sanskrit literature.

In classical antiquity, Bengal was partitioned between different kingdoms. The Pala Empire was seen as the biggest Bengali nation developed in ancient history. The empire covered the majority of the north Indian sub-continent during its peak in the 9th century. The Palas were Mahayana Buddhists, and they h2ly supported education, architecture, and art, thus leading to the establishment of the Pala School of Painting and Sculptural Art, the universities of Vikramshila and Nalanda, and the Somapura Mahavihara. The proto-Bengali dialect materialized under Pala rule. The Hindu Sena dynasty, however, took power in the 11th century and it h2ly promoted Brahmanical Hinduism and laid the basis of Bengali Hinduism. The Senas also supported their school of Hindu Art after being inspired by their predecessors. They also merged the caste system in Bengal.

Bengal was also an intersection of the Southwestern Silk Road.

In 1905 Lord Curzon created the Partition of Bengal

Merchants from the Middle East, Sufis, and missionaries brought with them Islam on the shores of Bengal towards the end of the first millennium. It has been suggested by some experts that early Muslims, including Sa`d ibn Abi Waqqas, uncle to Prophet Muhammad, used Bengal as a passage point to travel to China on the Southern Silk Road. The excavation of the Abbasid Caliphate coins in the country portrayed a sturdy trade system during the era of the House of Wisdom in Baghdad, when Arab scientists assimilated pre-Islamic Greek and Indian discoveries. This eventually led to the Indo-Arabic numerals system.

successive Muslim occupation assimilated the achievements and culture of pre-Islamic civilization in Bengal in the new Islamic polity. The Muslims were able to adopt traditions and customs including food, dress, and way of life, such as wearing bangles, bindu and saris by the Muslim women; and art forms in theater, dance, and music. Conversion to Islam was reinforced in the country via the construction of madrasas, mosques, and Sufi Khanqahs.

By the 14th century, a sovereign Bengal Sultanate was formed and it was known for its cultural pluralism. The Sultanate, however, started to fall apart by the 16th century and by 1532, Bengal was overran by the Sur Empire who constructed the Grand Trunk Road. Baro-Bhuyan zamindars and Hindu rajas acquired control on huge sections of the territory, particularly in the fertile Bhati area.

Towards the end of the 16th century, the Mughal Empire conquered the Bengal delta after the Battle of Tukaroi and Dhaka was formed as Mughal's provincial capital in 1608. Mughal rule brought about agrarian reforms, economic prosperity, and thriving external trade especially in silk textiles and muslin. The agrarian reforms transformed Bengal into the rice basket of the Indian sub-continent.

In 1717, the Nawabs of Bengal created a sovereign principality and their headquarters were in Murshidabad. The last sovereign Nawab was, however, defeated on 23 June 1757 at the Battle of Plassey by the British.

The rule of the British East India Company began in 1757 and the Bengal Presidency was formed in 1765 with its capital in Calcutta. During British tenure, East Bengal established a plantation economy that was centered on tea production and jute trade and its share in the supply of jute rose in the early 20th century. In 1905, British divided Bengal and established the administrative division of Eastern Bengal and Assam. This partitioning led to the Swadeshi movement led by the Indian National Congress and in 1911 the division was annulled.

In 1943, the Muslim League established a parliamentary government in the country and in 1946, the victory of the Bengal Muslim League at the Indian provincial elections set the course for the division of British India and the formation of the Dominion of Pakistan on 14 August 1947.

The period between 1947 and 1970 was characterized by a lot of friction between East Bengal and the Dominion of Pakistan.

On 23 March 1971, the Bangladeshi flag was raised for the first time. Operation Searchlight was, however, launched on 26 March 1971 by the Pakistani military junta who massacred Bengali politicians, students, intellectuals, military defectors, and civil servants during the 1971 Bangladesh genocide.

During the liberation war, Bengali locals proclaimed a declaration of independence and created the Mukti Bahini, the Bangladeshi National Liberation Army. During the war, the army held Bengali's countryside and waged guerilla operations against the Pakistani forces. India offered support to the army during the war. The United States and the Soviet Union also sent naval forces to the Bengal Bay to offer support. The war lasted for nine months and it came to an end when the Pakistani military surrendered to the Bangladesh-India Allied Forces on 16th December 1971.

After gaining its independence, Bangladesh became a republic within the Commonwealth and a secular democracy. in 1973, Bangladesh joined the OIC and the Non-Aligned Movement, and later joined the United Nations in 1974.

In 1973, Bangladesh, Pakistan and India signed a tripartite agreement calling for stability and peace in the sub-continent. The government at that time was led by Mujib who was assassinated together with the majority of his family members on 15 August 1975. In the same year, two army uprisings took place and they led to a reorganized system of power.

In 1977, Lieutenant General Ziaur Rahman took over the presidency and in 1979 he restored civilian rule and reinstated multi-party politics. He formed the Bangladesh National Party and promoted free markets. He also reinstated the country's foreign policy and sought out closer ties with the West. His tenure ended in 1981 when he was assassinated by the military. His successor was Abdus Sattar, whose tenure ended in less than a year.

Lieutenant General Hussain Muhammad Ershad was the country's next big ruler and as president he pursued executive reforms, including a devolution scheme which partitioned the nation into 64 districts and 5 divisions. in 1985, he held the founding summit of SAARC in Dhaka, bringing together 7 South Asian nations, including the Maldives, Bangladesh, India, Bhutan, Sri Lanka, and Nepal, into a regional union. He also extended Bangladesh's road network and began significant projects, for instance, the Jamuna Bridge. He reinstates civilian rule in 1986 and established the Jatiya Party.

In 1991, former first lady Khaleda Zia led the Bangladesh Nationalists Party and was elected as the first female Prime Minister in the country's history.

The next general elections were held in 1996 and the Awami League led by Sheikh Hasina came back to power after 20 years. In 1999 the Sheikh held a trilateral summit between Bangladesh, Pakistan, and India and helped form the D8 grouping with Turkey. The League, however, lost power again to the Bangladesh Nationalist Party (BNP) in the 2001 election and Khaleda Zia was once again elected as the Prime Minister.

BNP's tenure came to an end in October 2006 and a caretaker government led by President Iajuddin Ahmed worked to ensure that the parties would take part in the elections within ninety days. The Bangladesh Armed Forces intervened on 11 January 2007 so as to support a state of emergency and a neutral caretaker government under Chief Advisor Fakhruddin Ahmed. The Awani League won the 2008 general elections.

Over the years, Bangladesh has reduced poverty a lot with the rate lowering from 57 % in 1990 to 25.6% in 2014. Per-capita income has doubled and the country has acquired success in human development. Bangladesh, however, still faces challenges of climate change, inequality, religious extremism, and unstable politics.