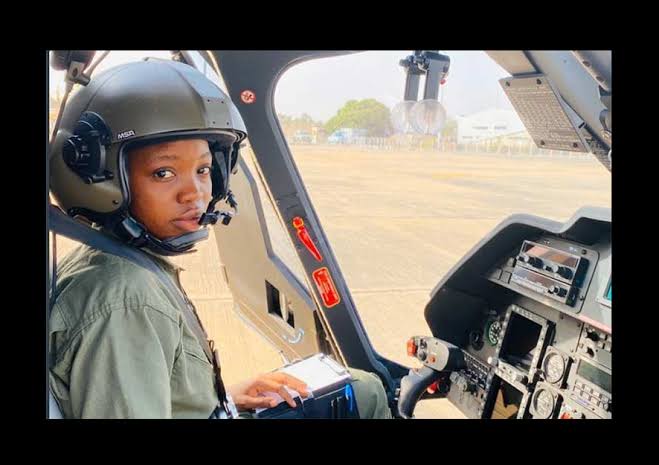 The Kogi State House of Assembly has of today Thursday 16th of April, requested the State Government to immortalise the deceased first female Combatant Helicopter Pilot, Flying Officer Tolulope Arotile, whowas reported to have died on Tuesday in Kaduna state due to a head injury she sustained during a flight.

The call by the House of Assembly was in a bid for the State Government to reward and honor the deceased Tolulope Aritole, and the call was made known in a resolution of the House we due to the general adoption of an oral motion moved by Mr Kilani Olumo, (APC-Ijumu) at Plenary.

While presenting this insightful motion, Mr Olumo mentioned that the deceased pilot had greatly contributed to the country's fight against insecurity, crime and criminality in her short but eventful lifespan.

Tolulope who breathed her last breath at a tender age of 24 years was a merchant of peace and progress to the country and Kogi State.

Also, the legislator, Mr Olumo, bitterly expressed that her unforeseen death was saddening and painful, while describing it as a great loss to the Nigeria and the State of Kogi.

Oluomo further added that, immortalising the late pilot should be seen from a sacred angle of reward for the hard work and dedication which she had offered to the country.

He also said that she has been of service towards the protection of the nation’s territorial integrity as well as a epitome of encouragement for the younger generations.

The lawmaker prayed to God to grant the family and Nigeria Air Force and the state, the grace to bear the loss.

The oral motion of Mr Olumo was seconded by Mr Alhaji Isah Umar Tenimu (APC-Lokoja I), who described it as timely in view of the efforts of the late Pilot to the nation’s security and territorial integrity, while also mentioning that the late first female combatant helicopter pilot should be urgently immortalised.

Thus, the oral motion was adopted and the house of assembly has called for immortalising of the late first female combatant helicopter pilot, Flying Officer Tolulope Aritole.