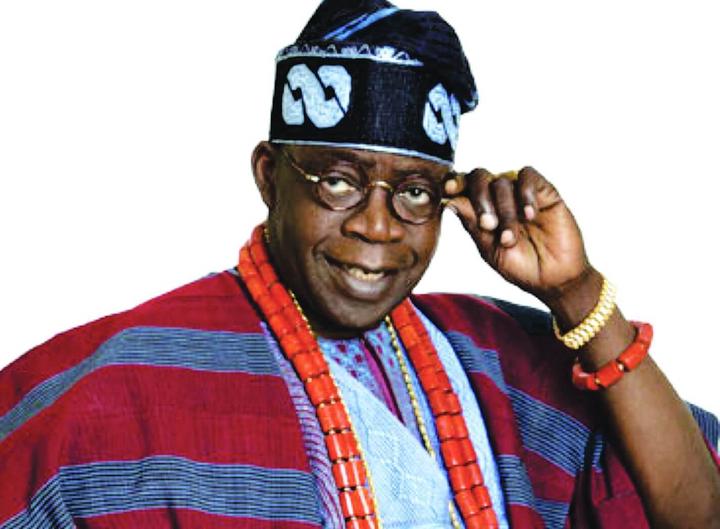 Bola Ahmed Tinubu, the former Governor of Lagos State, has always been a political and economic power in Nigeria. The National Leader of the All Progressive Congress (APC) is responsible for the party's electoral success in 2015, when President Muhammadu Buhari was elected; his position was also significant in the recent 2019 General Election. Tinubu's presence in Lagos State has grown over the years, from his time as a senator serving the people of Lagos to his eight years as governor. And before he became governor, he was well-known for being at the forefront of the anti-military movement at the time.

As governor of Lagos State, Asiwaju Tinubu was able to survive the denial of revenue by the then-federal governor because he was one of the few opposition governors at the time. Since then, his power and popularity have increased. He has a significant political clout in the federal government, to say the least. The reasons why Bola Ahmed Tinubu is still strong and influential today are as follows.

He has a lot of money.

Bola Tinubu has amassed an empire in Lagos that is beyond comprehension. Despite not being among the country's wealthiest individuals, he is one of Nigeria's wealthiest politicians. His business empire in Lagos and businesses around the country are proof of this. He owns stakes in some of Nigeria's most prestigious companies. It is rumored that he holds a stake in Alpha Beta Consult, a firm that receives a sizable portion of the state's revenue. He is also the owner of a multibillion-naira logistics firm. Oriental Hotel, TVC, The Nation Newspaper, and other businesses are affiliated with him. In total, he is estimated to be worth $30 billion.

He is the Man of the People

Tinubu has a large following in the West, especially in Lagos. He is who he is today because of the support he has from a large number of Lagosians. His popularity has grown steadily over time, from his days as a public official to his current role as a national leader. Because of his stronghold in Lagos, he helped the All Progressive Congress (APC) win at the national level.

he has devoted followers, In positions of influence

Bola bola bola Tinubu has a knack for grooming common people into leaders. His ability to spot potential leaders and talents has paid off. He was an outstanding and inspiring leader because of his support for Babatunde Raji Fashola as his successor. We all know that he shaped some of the most influential people in the federal government today. Because of his endorsement, people like Prof. Yemi Osinbajo, Lai Mohammed, Rauf Aregbesola, Ben Akabueze, and others have received federal recognition. He is even more powerful because he has his loyal followers in positions of authority. He is a Strategic Leader

Ahmed Tinubu is a political analyst who works for the Nigerian government. He knew when and how to get things done politically and financially. He understands who he should befriend, who he should oppose, and when he should just sit back and watch things unfold. This is the quality that distinguishes a great leader. There have been unconfirmed claims that he aided former President Goodluck Jonathan's presidential election victory in 2011.

He Has the Biggest State in the Country Behind him

Numbers play an important role in politics. Tinubu has the backing of Lagos state and the rest of Nigeria's south west. Lagos is large not only in terms of population, but also in terms of economic influence. President Muhammadu Buhari's rise to power was aided by his economic clout. He makes the decisions in the excellence center.

Beautiful Pictures Of Nollywood Actresses And Their Gorgeous Daughters

Check Out the Beautiful Features of Michael Jordan $29 Million Luxury Mansion in Chicago.

Four cult members who are also armed robbers arrested with guns, axe, others