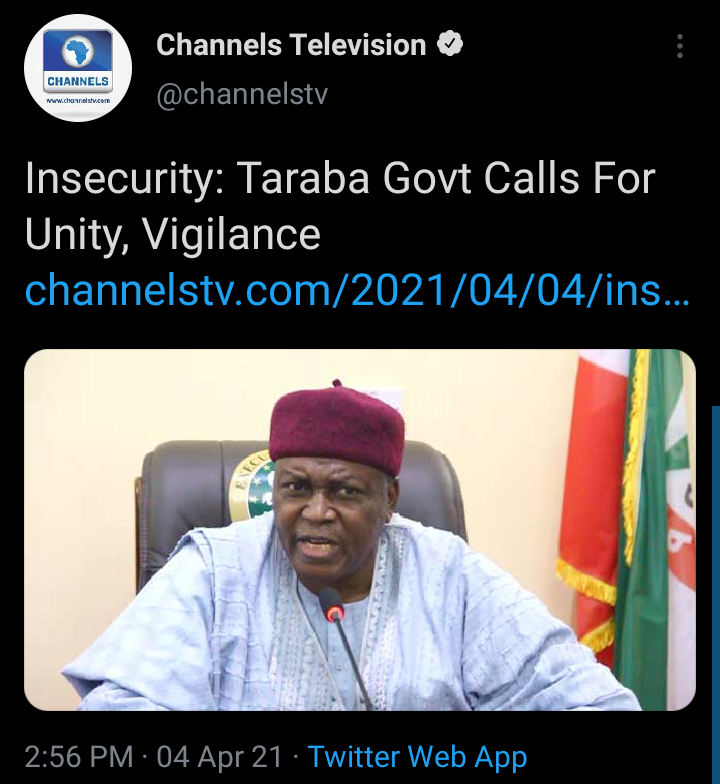 The Taraba State government led by Governor, Darius Ishaku has called on residents of the state and Nigerians to be united in tackling the myriads of security challenges facing the country.

He made this statement through his spokesman, Bala Dan Abu, to commemorate the 2021 Easter celebration.

While expressing happiness that peace has gradually returned to the troubled spots and communities in Taraba State, Governor Ishaku assured that everything will be done to ensure that the achievement is sustained.

The governor pleaded with the people of the state regardless of all ethnic backgrounds, religious faiths and political affiliations to forget their differences and to work together in the interest of peace and development. 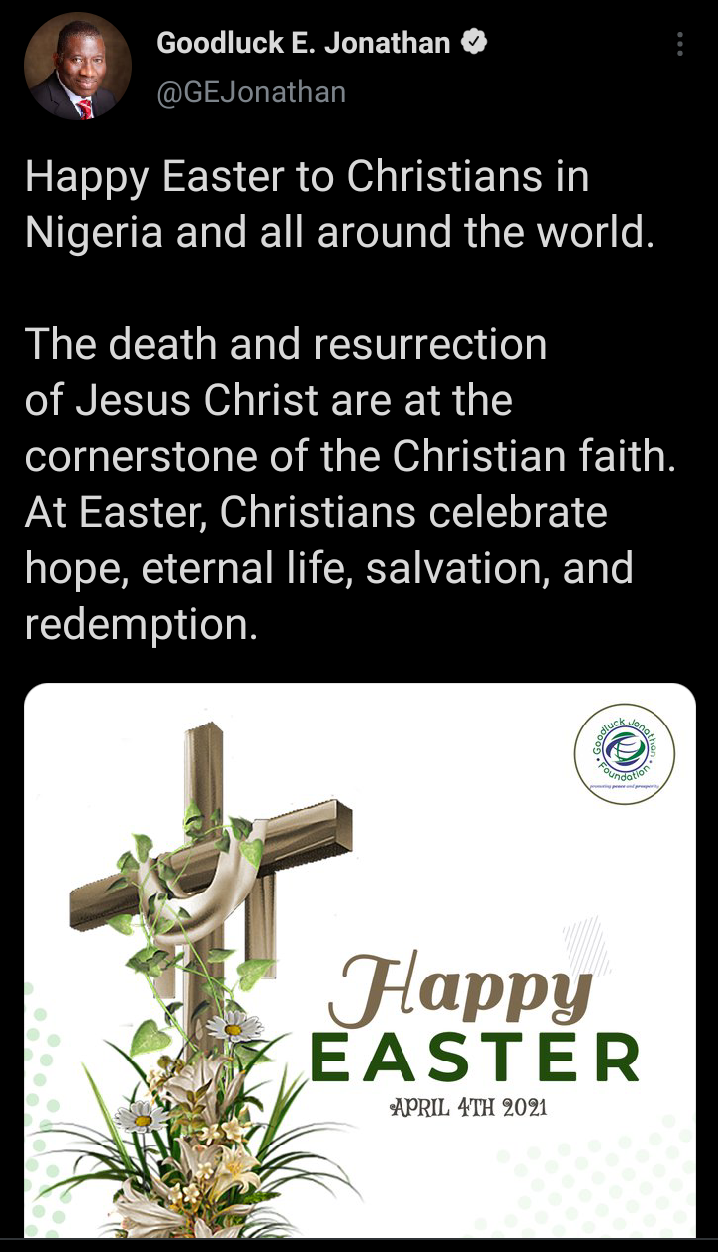 The Former President of Federal Republic of Nigeria, Goodluck Ebele Jonathan have joined the host of other Politicians to wish Christians a memorable Easter celebration. 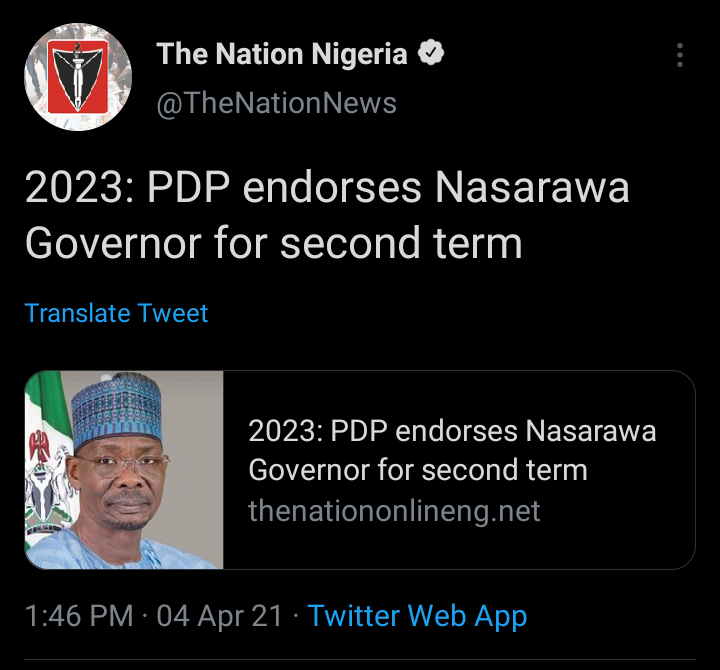 In the quest to make sure the People's Democratic party (PDP) continues it's good works in Nasarawa state. The Peoples Democratic Party (PDP) in Akwanga LGA of Nasarawa State has endorsed Governor Abdullahi Sule for second term.

Member representing Akwanga South in Nasarawa Assembly on the platform of the People's Democratic Party (PDP), Hon Samuel Tsebe, announced this at the weekend in Akwanga LG during a critical stakeholders meeting of leaders of various political parties and religious groups in the council.

Tsebe said this decision is to ensure the Governor’s completes his achievemente success in the state. 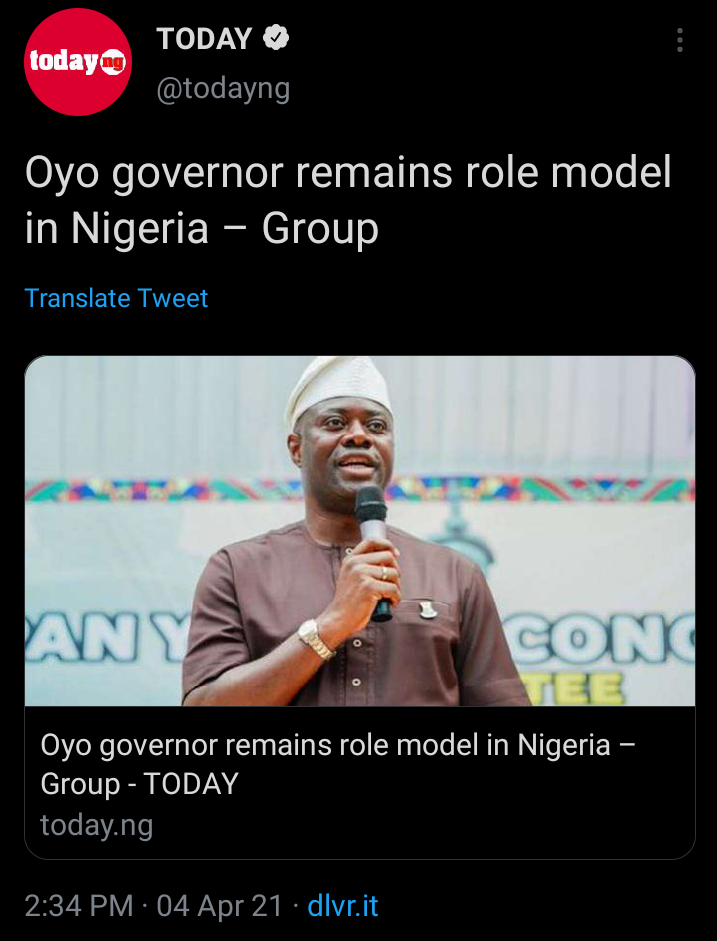 A socio-political and non-governmental group, Young Professionals for Good Governance, has lauded Governor Seyi Makinde’s administration in Oyo State, describing him as a role model in Nigeria in general and the Southwest in particular.

The group, in a statement made available to newsmen on Saturday evening, added that Governor Makinde has made Ibadan wear a new look with the construction of modern parks around the city located in Iwo Road, Challenge and Ojoo areas.

According to the statement, the recent approval for the construction of a 65-metre flyover at General Gas, Idi-Ape-Akobo road, was very vital to the socio-economic growth of the state, adding that its construction would curb the usual traffic gridlock in that axis. 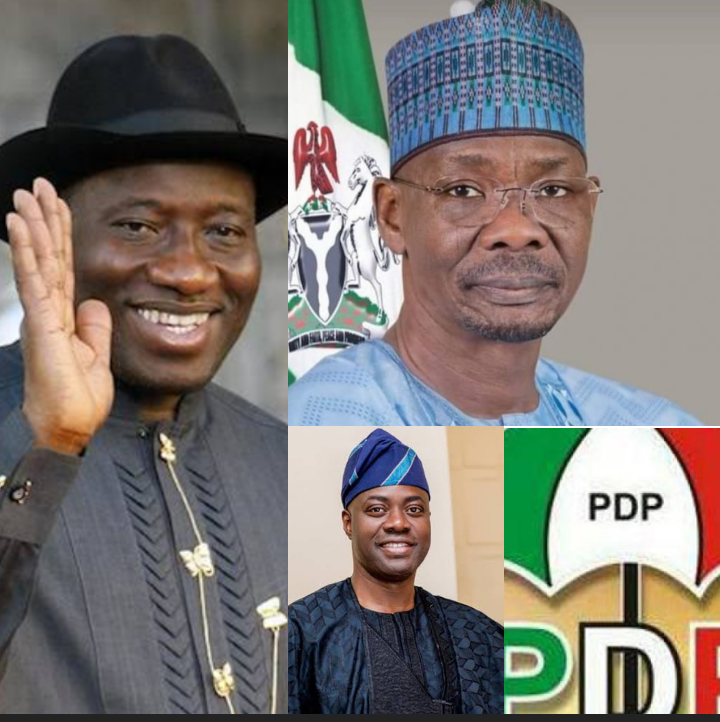