By Towncriernewsnigeria (self meida writer) | 24 days 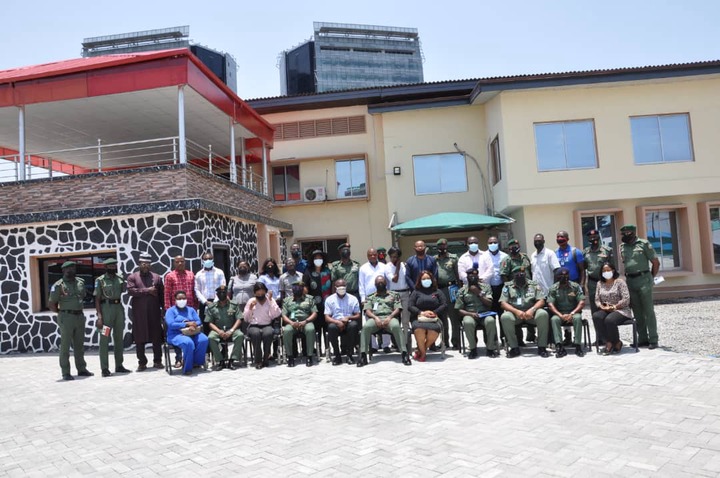 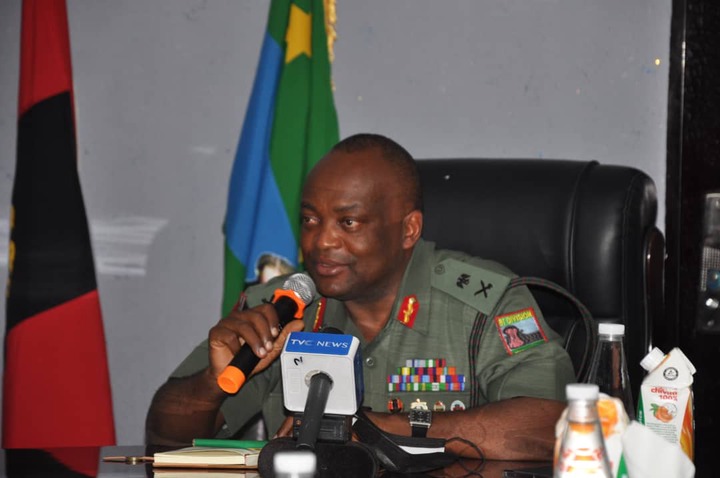 The GOC made the appeal while receiving the Division’s Defence Correspondents at the Headquarters of the Division at Victoria Island. He urged the correspondents to be mindful of sensational reports as they could attract negative inferences that could influence crisis. He noted that he will ensure an open-door policy that would give the Defence Correspondents unfettered access to clarify any report on the activities of the NA within his area of responsibility. He added that if such clarification is beyond him, he would guide them on the next step to take.

Major General Fejokwu while speaking on his expectation on security within Lagos and Ogun States, said the Military is here to protect all abiding citizens by ensuring that they go about their businesses in the safest environment. He cited intelligence as the major keys to solving any security challenges as the battle can only be won if the civil populace brings credible information to security agencies that can be used to nip security challenges in the bud before they snowball into crisis. He further said the Division will keep members of the press informed on the progress made in terms security measures put in place to improve the state of security in the States.

Responding on possible plans of the 81 Division to prevent possible attacks on government facilities within his area of responsibility. The GOC stated that the military in conjunction with other various agencies are working on strategies to contain any attacks but for operations security reasons he would not disclose it. He added that very soon the press would start seeing manifestation of significant improvement in the security architecture in the State.

Highlights of the visit included the introduction of the GOC and other principal staff officers of the Division as well as the Defence Correspondents. Also, there were interactive session and group photograph

Content created and supplied by: Towncriernewsnigeria (via Opera News )

She Was Given Malaria Injection After Complaining Of Peptic Ulcer, Justice For Omolara Trends

Nigerians Blast Sunday Igboho For Mocking Pastor Adeboye, Read What They are Saying About Him.

"Nigeria Has Not Done Well For The Fulani" -Adamu Garba Says