By TLucky (self media writer) | 1 day ago

I Am Obedient To Tinubu, No Apologies - Umahi 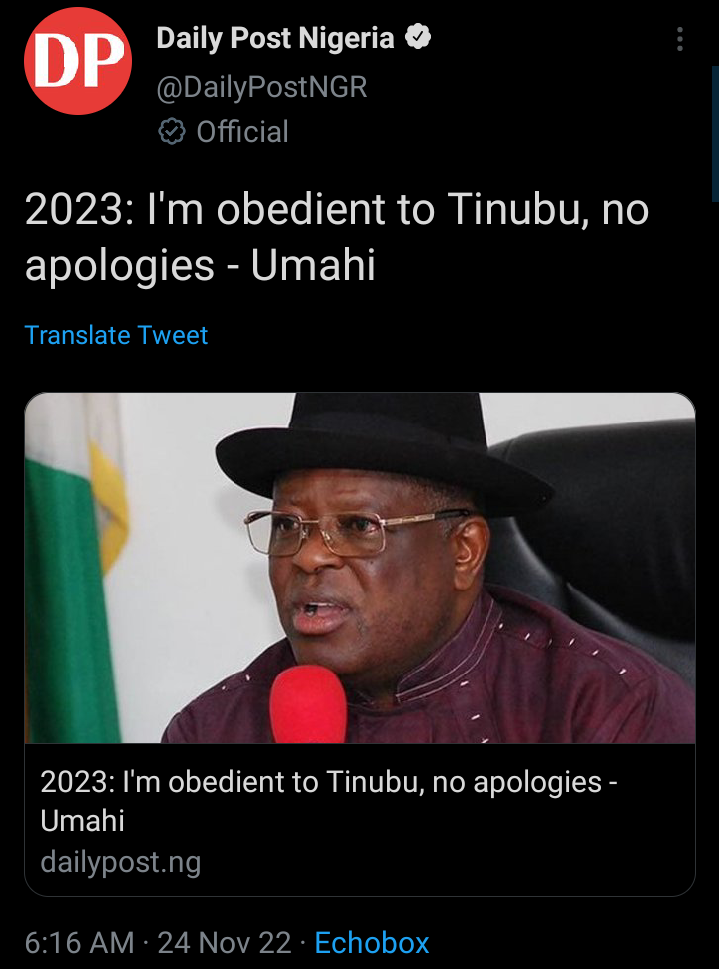 Ebonyi State Governor, David Umahi has said he has no apologies to Ndigbo for affirming to be Obidient to the Presidential candidate of the All Progressives Congress, APC, Bola Tinubu.

The Presidential candidate of APC, Tinubu is running a Muslim-Muslim ticket with Kashim Shettima, wherein the Christian communities in the country are kicking against it.

Recall that Umahi defected from the Peoples Democratic Party, PDP, to the ruling All Progressives Congress, APC, on the ground of incessant marginalization of the South-East geopolitical zone by the PDP, especially on denying Ndigbo the chance of producing the President of the country from Igbo extraction. 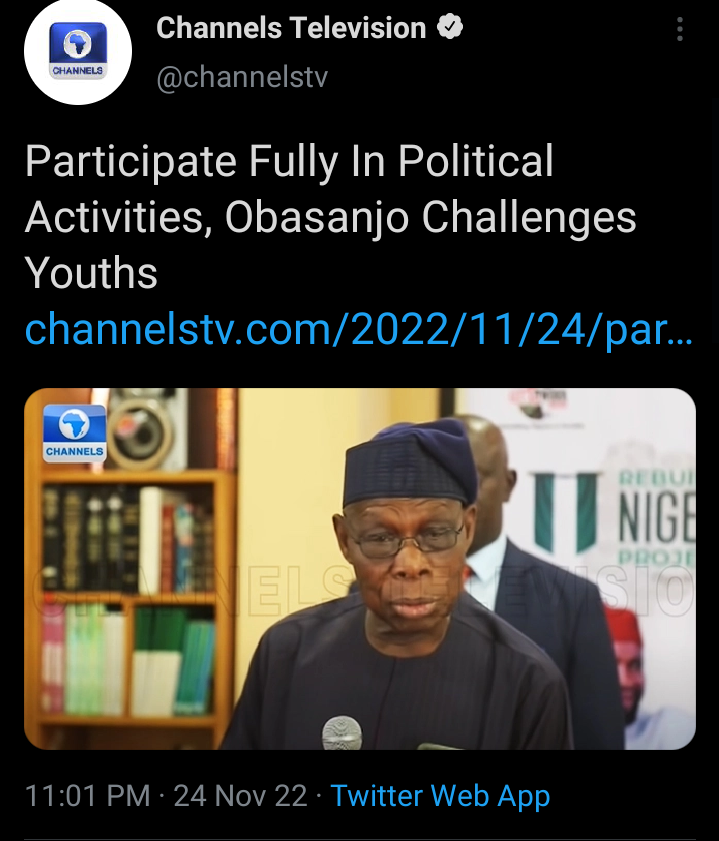 Former President Olusegun Obasanjo has challenged African youths to fully participate in political activities as Nigeria gears up for the 2023 general elections in February.

Obasanjo also warned the young population not to allow those he said will mess up with their future to lead them again.

Speaking in Abeokuta, the ex-President said that such participation would also guarantee a better future for the young generation as it would not allow those who are messing up their future to succeed. 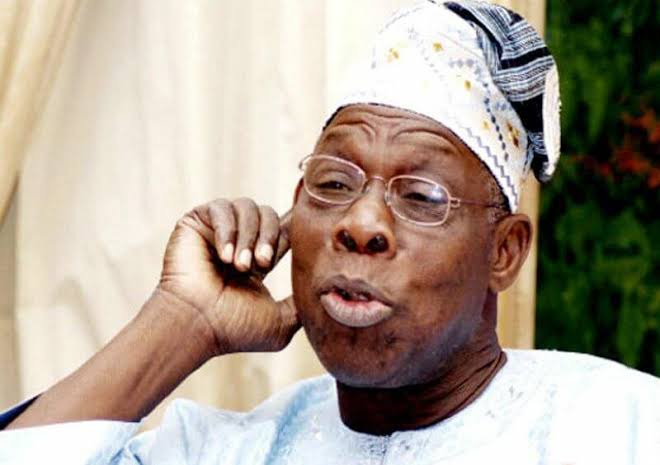 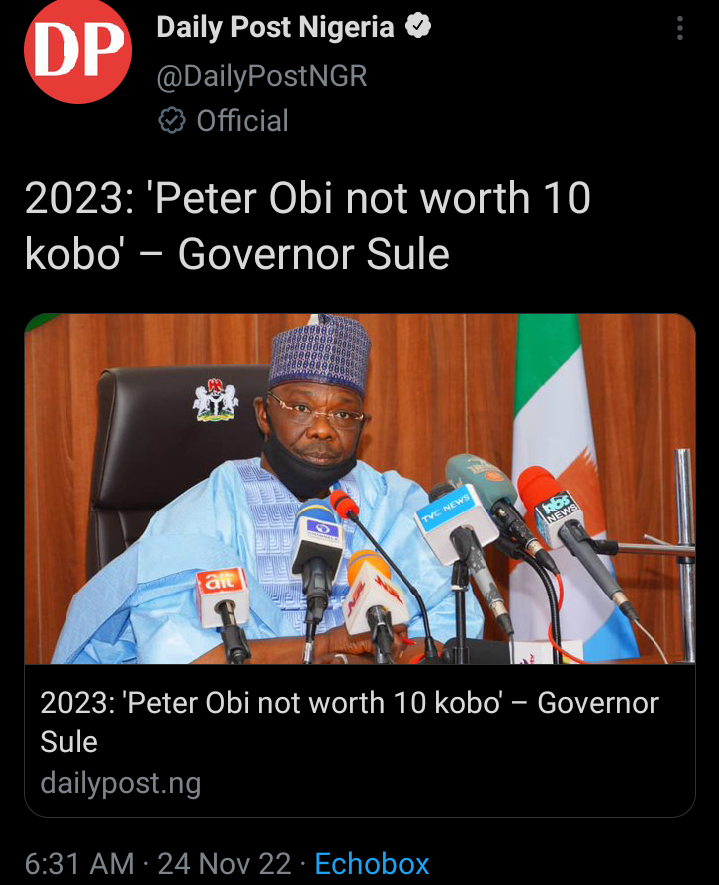 Governor Abdullahi Sule of Nasarawa State has dismissed online ratings that put Peter Obi, the presidential candidate of the Labour Party ahead of Bola Ahmed Tinubu of the All Progressives Congress (APC) and the Peoples Democratic Party’s candidate (PDP) Atiku Abubakar.

Sule claimed that the criticisms of Obi, who was a former governor of Anambra State, by the current Governor, Charles Soludo, had devalued Obi as a presidential candidate to less than 10 kobo.

He made the statement on Wednesday while featuring on the Channels Television’s Politics Today programme.

Sule said that the current governor of Anambra State where Peter Obi was governor is the right person to tell what happened during the period of Peter Obi in that State.

Nigeria Not Yet Ripe For BVAS, IRev - APC Chair, Adamu 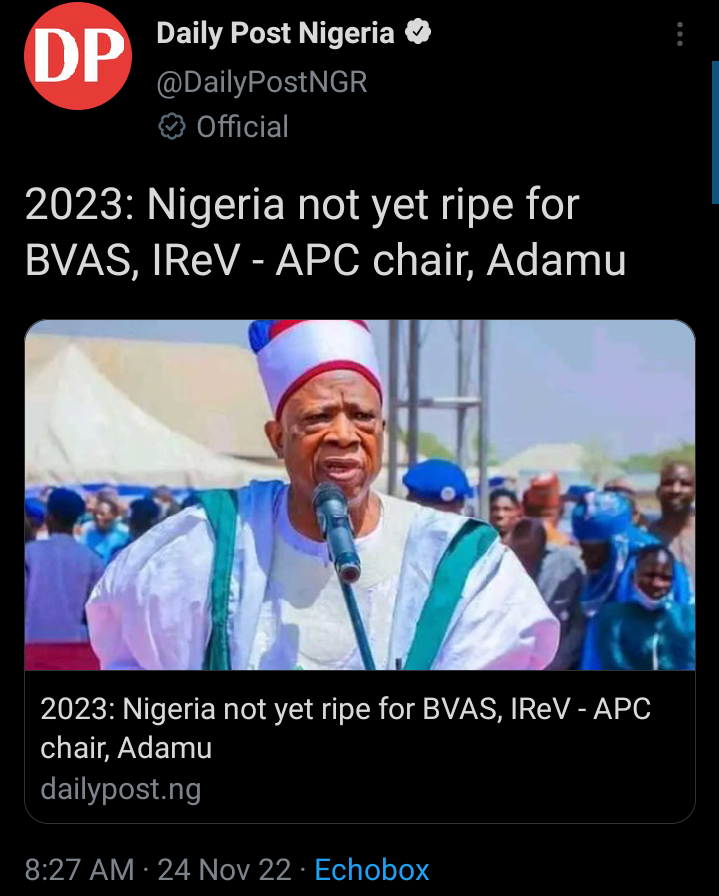 Ahead of the forthcoming general elections in 2023, the All Progressives Congress, APC, has kicked against the deployment of the Bimodal Voter Accreditation System, BVAS and the INEC Results Viewing Portal, IReV, claiming that Nigeria is not yet ready for such technology.

Senator Abdullahi Adamu, the National Chairman of the APC, made this claim on Wednesday while speaking to a delegation from the Commonwealth Election Observation Mission.

Recall that there had been reports of scheming to have Professor Mahmood, the INEC chairman, removed over his insistence to deploy technology to enhance the credibility of the electoral process.

However, Adamu alleged that the country does not have the telecommunication infrastructure required to use the system.