By Dollarzwrites (self media writer) | 13 days ago

President Muhammadu Buhari is regarded as one of Nigeria's most capable leaders. From 2015 to the present, his administration has made significant changes to Nigeria's political system. Nigeria also has good governors that are assisting him.

However, two governors (Govs) stand to ruin their political careers if they continue to oppose Buhari's decisions. 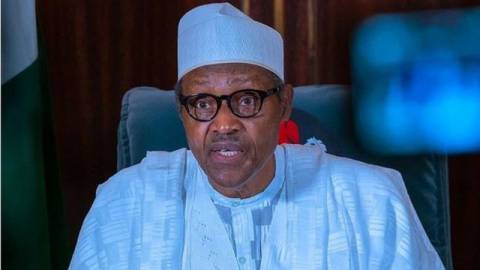 The following are the two governors:

In several cases, Governor Wike has spoken out against Buhari's decisions. He opposed Buhari's plan to reintroduce grazing in 25 states.

Wike's constant opposition to Buhari's decisions may ruin his political career, as his stance against ranching and open grazing has affected cattle breeders. If he runs for a federal political position, they may not support him.

The Governor of Benue State, Samuel Ortom, has previously stated that Buhari is attempting to silence all dissenting voices, but that he will not be intimidated.

He has also spoken out against ranching and other federal government initiatives.

Ortom's political future could be affected if he continues to criticize and oppose Buhari's government actions.

A northern group has vowed to arrest and prove him after his term as governor of Benue state ends because of his attitude.

What are your thoughts on this? Let us know what you think in the comments area.