By TEEMAX (self media writer) | 1 year ago

Same day news broke that a former speaker of Edo state House of Assembly Zakawanu Garuba died, his wife and driver have been kidnapped. They were said to have been abducted on Saturday along the Lokoja-Abuja highway. According to reports, they were said to be on their way to Auchi, Edo state for burial of the former Speaker.

THE Ekiti State Ministry of Justice on Friday published the details of a convicted rapist, 66-year-old Bayo Akintewe who has just bagged a five-year prison term for defiling a 16-year-old girl. Akintewe who is from Ondo State was convicted by the State High Court in Ado-Ekiti and is currently serving his term at the Nigerian. 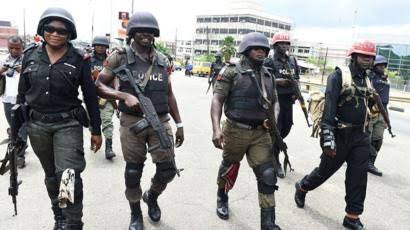 The trial of a Lagos-based cosmetic surgeon, Dr Anuoluwapo Adepoju, whose services allegedly resulted in the death of one Mrs Nneka Onwuzuligbo, opened on Friday before the Federal High Court in Lagos. The Federal Competition and Consumer Protection Commission, which is prosecuting the surgeon, called its first witness and tendered a series of documents, which the court admitted in evidence against the surgeon.

First Bank of Nigeria Limited, Nigeria’s leading financial inclusion services provider is set to reward customers for Verve Card usage in its Free Fuel Promotion. The Free Fuel promo which is activated by FirstBank in collaboration with Verve International and Oando Plc. kicked off on Monday, 6 July 2020 to Friday, 24 July 2020 between 6 am and 6 pm.

The EKITI State Commissioner for Environment, Mr Gbenga Agbeyo, said has said that only places of worship that met the stipulated COVID-19 guidelines and issued with the certificate of fitness would be allowed to reopen on Fridays and Sundays as earlier directed by the Governor, Dr Kayode Fayemi. Mosques and churches, which had been shutdown since March, have been given the go-ahead to reopen for worship; once a week on Friday for Muslims effective from July 17, and once a week on Sunday effective from July 19, for Christians.