Throwback To When Godwin Obaseki Revealed How They Helped Adams Oshiomhole

There is no doubt that the feud between Governor Godwin Obaseki and Comrade Adams Oshiomhole is a political one as both parties seems not to bargain for settlement. This feud led to the defection of Godwin Obaseki from the All Progressive Congress (APC), to the Peoples Democratic Party (PDP) when he was disqualified from contesting as a governorship aspirant in the APC.

He added that it is wrong for people to always say that he betrayed Adams Oshiomhole as he said he didn't only helped him into power, but also ensured that he was made the National Chairman of APC of which he was later removed.

“In life, everybody gets helped, everybody gets assisted. The person you talked about (Oshiomhole), he had no money when he left labour to contest. We knew what we did to make him Governor,” he said. 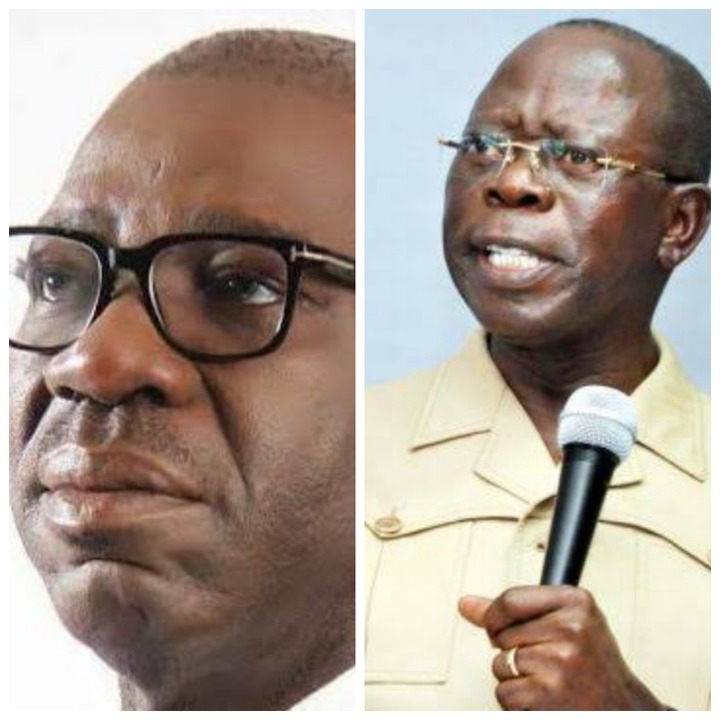 He also spoke on how he sacrificed eight years of his life to serve him while he was still governor and that he collected no kobo.

“So, when you talk about betrayal, let us be very clear. I want to put it on record that I am grateful, he assisted me just as I assisted him. I know the sacrifices we made to make him national chairman.”

He also added that the biggest betrayal is when people betray a cause and an idea. He likened such betrayal to betraying God.