By OmoobaAlekuwodo (self media writer) | 21 days ago

The performances of various political parties that will be taking part in the 2023 General Elections are, probably, going to be determined by, among other factors, the popularity and degree of acceptance of their respective candidates. 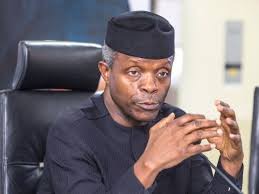 The political manipulation in the country is, strategically, depicting that the ruling All Progressives Congress (APC) may zone her presidential ticket to the Southern part of the country.

The calmness, gentleness, brevity and good relationship between Professor Yemi Osinbajo and the major political gladiators in the Southeast geopolitical zone may, immensely, portray a good picture of Professor Osinbajo before the electorates.

The good qualities of character in Professor Yemi Osinbajo may, surely, assist the ruling All Progressives Congress (APC) to easily coast to victory in all the five states in the Southeast geopolitical zone.

Also, the possible impact of the religious connection between Professor Osinbajo and the population of Southeastern electorates could not be overemphasized.

Sincerely, religion is a very strategic factor that may not be underrated, when considering major factors that affect voting dimensions, in as much as Nigerian politics is concerned. This may assist All Progressives Congress (APC) to gather enough votes and win elections, reliably, in all the five Southeastern states.