By GodofReports (self meida writer) | 25 days

A Man who prefers not to say his name, but identifies himself as the Leader of the Yoruba Welfare Group who has spent 35years in the North has played down the struggle for Yoruba Nation which has being on the lips of some South-West agitators for a while now. 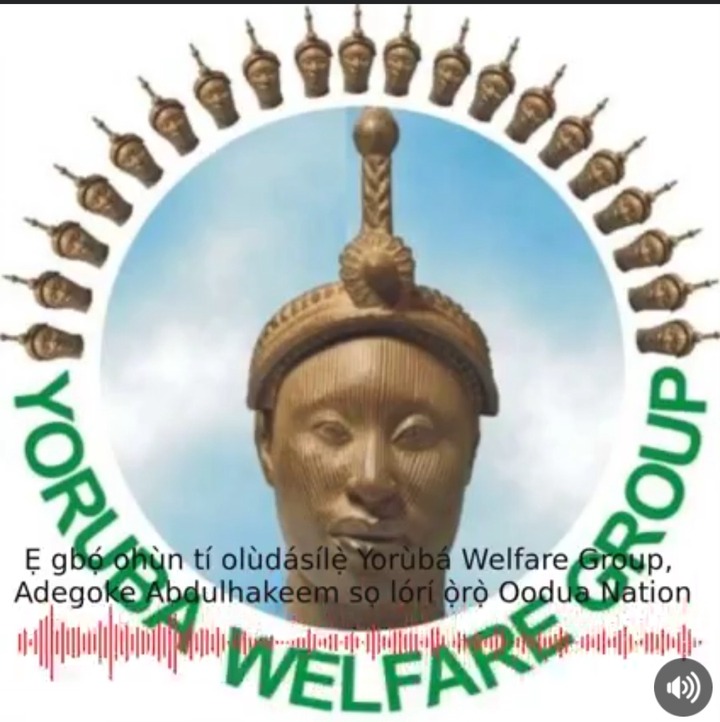 According to him while attending to an exclusive interview, he made it known that the struggle for Yoruba Nation is not the way those agitators made it seems. He said the struggle has a Political Undertone from the opposition party. He added that if those agitating for Yoruba Nation really wants Self-Government, then they should face both Igbos and Hausas instead of facing only Hausa/Fulani.

Speaking further, he made it known that a lot of Yorubas possesses millions of properties in the North which is very difficult to leave behind because of Yoruba Nation. According to him, he said;

“We can't just leave our properties and families in the North all because of Yoruba Nation. The struggle is not for the interest of the Yorubas, but the selfish interest of the agitators.”

He concluded by saying, we should all support Asiwaju Bola Ahmed Tinubu who is from the Southwest during the 2023 Presidential Election. If Bola Ahmed Tinubu then denies the Yorubas, then we can now push for a freedom. Would you vote Tinubu in 2023 as your Presidential candidate? Please use the comment section to share your thoughts.