By Sahass (self meida writer) | 1 months

Another crisis is likely to start again in Ibarapa area of Oyo State as the returned Fulani herdsmen attacked and destroyed farmlands.

We would recall that in January 2021, the Fulani herdsmen have vacated the Igangan and some other communities in Ibarapa Local Government Area of Oyo State following the seven days eviction ultimatum notice given to Seriki of Fulani of the area, Salihu AnduKadir by Yoruba activist, Chief Sunday Adeyemo Igboho, popularly known as Sunday Igboho. 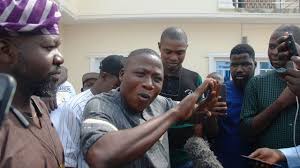 The farmers said on Friday that the herdsmen have returned in numbers and alleged to have resumed destruction of farmlands and also threatened to attack farmers that try resisting them. 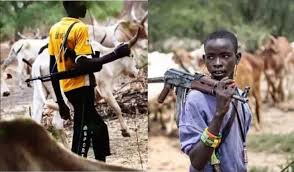 While speaking during an interview , Mr. Abiodun Adegoke, the Chairman of Real Farmers Association of Nigeria in Igangan branch, made it known that some of the cases were been reported to the Nigerian police in Igangan and Ayete.

According to the chairman of the Association, on the 14th of February 2021, some herdsmen graze their cattle at Olukosi Village in a cassava farm. They came in the night and invaded the farm at some minutes past 7 o'clock and we're later pursued by the residents in the area. 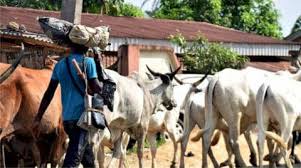 Mr. Adegoke added that the law set against open grazing in Oyo State is of no meaning to the herders as they even go around in the night to graze their animals.

Adegoke said, a cow that was caught has been taken to Ayete police station, an headquarters to Ibarapa North Local Government.

According to him, there was another invasion by the herdsmen two weeks ago, where the herdsmen were uprooting cassava plants to feed their animals on a farm owned by Mr. Semiu Ariwoola as people mobilised and chased them out of the farm.

He added that the herdsmen escaped with their cattle but six rams were caught from the livestock they took around for grazing and were been taken to police station as well.

Adegoke mentioned another case, when he received a call while in organized by the Justice, Development and Peace Commission on Wednesday that their is another herdsmen invasion on a farmland. When the farmer challenged them, the herdsmen beat him up using their sticks.

He added that, some farmers intervened to stop the herdsmen, as they were trying to settle the issue, one of the herdsmen recognised as Yahya threatened to attack them with cutlass.

Also, Mr. Gbenga Fadeyi, who is the Oyo state Police Public Relations Officer said the police would have started with their investigations base on the cases been reported.

The Police Officer That Was Dismissed In 2014, See What He Recently Stole That Got Him Arrested

Open Letter To Gov Hope On The Activities Of The Nigerian Army In Oguta And Ohaji Area, In Imo State

"Stop Threatening Me With Death; Resign Or This Might Happen To You" - Deji Adeyanju