Heated jealousy hits APC camp over the defection of Fani-Kayode

By Penason (self media writer) | 9 months ago

The defection of Femi Fani Kayode, the former Minister of Aviation from the PDP to the All Progressive Congress(APC) is not going down well with some APC party stakeholders. There are mixed feelings going on in the APC at the moment. The prevailing atmosphere in the ruling party over the new development may have included suspense, anxieties, anger, uproar, excitement and jealousy. However, we will discuss the high profile jealousy emanating from the feat of anger and self belittlement, as it hits the APC camp over the defection of the former chieftain of the PDP, Chief Femi Fani Kayode. 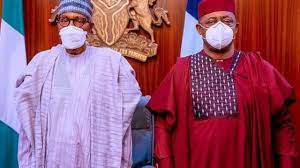 Recall that on Thursday 16th September , 2021, one of the foremost critics of President Muhammadu Buhari and the APC government, Chief Femi Fani Kayode, defected to the party that he serially mouth-washed and castigated over the years. He was accompanied by the Caretaker Chairman of the ruling party, Governor Mai Mala Buni of Yobe state to pay a visit to President Muhammadu Buhari where he notified him about his defection into the ruling party. He was given a red carpet reception by Mr President as was witnessed by some other party leaders.

Just like a prodigal son before his compassionate father, Mr FFK was received with a greater heart of rejoicing and with an open arm by Mr President. The level of grand reception treated to Femi Fani Kayode did not go down well with some other party members who believed they have always been working for the ruling party without ever being treated in like manner. Consequently, the so called red carpet reception has set the camp of the APC in a heated feat of jealousy. In what sense? 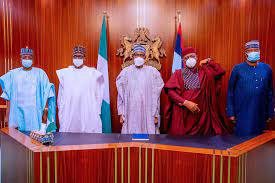 Let me reecho the words of the Director General of the Progressive Governors Forum(PGF), Mr Salihu Lukman whose tone depicted a feeling of bitterness, belittlement and jealousy when he responded on Sunday to the new development in the party. In his words he said,"almost every member of the APC is angry that our leaders have brought someone like Fani-Kayode into the party." He added "this is made worse by the red carpet reception given to him, which he doesn't deserve." Could that have been a tone depicting jealousy? More likely. The DG PGF muttered, "in contrast, those who are consistent and loyal to our party and our leaders hardly gained the deserved respect the should have." Is that a self belittlement? Perhaps. He raged saying "If Fani-Kayode needs a red carpet reception to be a member of the APC, million of party members have demonstrated that they don't need any form of recognition to work for Nigeria."

No doubt, the above quoted statements were clearly those of jealousy, bitterness and self belittlement. Attacking the red carpet reception given to Mr FFK upon his defection to the APC depicted a feat of anger. In the story of the prodigal son in the Holy Book, the other son got angry because the father forgiven the repentant son by accepting him warmly and with an open arm. He also developed a heated feat of jealousy that the father gave the prodigal son a resounding reception, such that has never been given to him, upon the fact that he has been very loyal and consistent with the father. However, just like the father of the prodigal son who justified why he treated the repentant son in that manner, President Muhammadu Buhari reserves the right to forgive whoever he wishes in any manner that fits his mood. 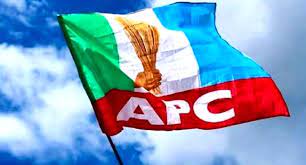 In some other parts of the statement released by the DG PGF on Sunday, Mr Salihu Lukman said "but since this has happened, there is no need to cry over spilled milk...on no account should we be distracted." There is absolutely no reason to blame President Buhari for accepting Mr FFK into the APC. It makes no sense either, to feel belittled and jealous over claims that millions of others who have worked for the party for many years are hardly treated fairly and in like manner as was done to Fani-Kayode. Everyone is a human, but time, opportunity and place work in synergy with our grace. Like Fani-Kayode said, he made the right decision and defected at the right time. Agreeably, he might have had the grace because he grabbed the opportunity to move to the right place at the right time. May be if the same FFK had made a wrong decision and defected to the APC at the wrong time, he probably would not have received the same reception he got days ago. 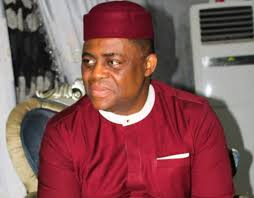