By ChungleeWrites (self meida writer) | 9 days 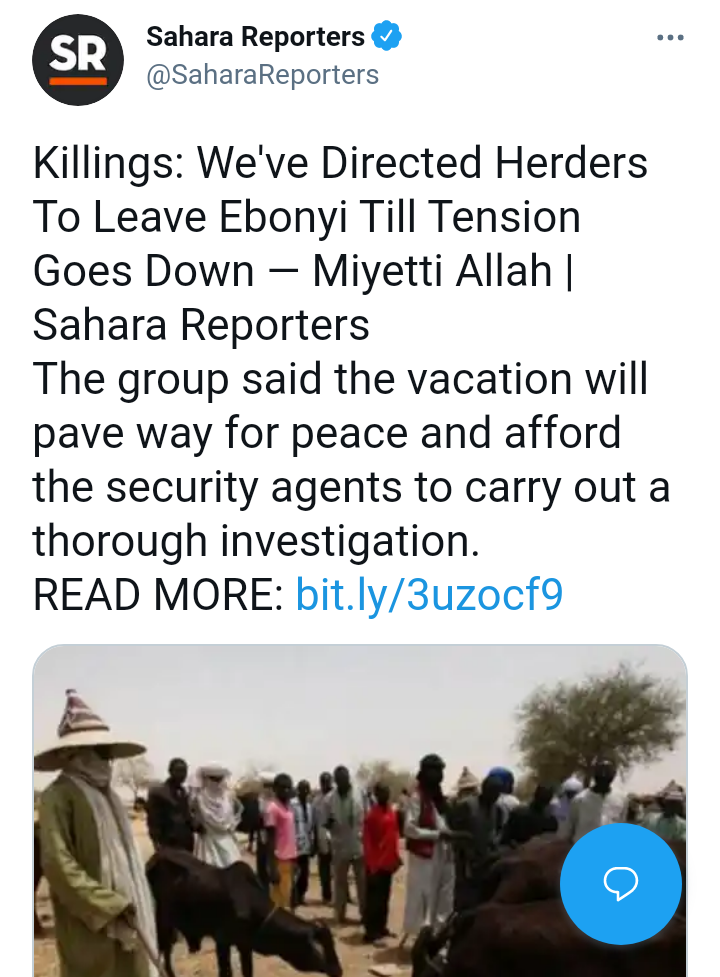 The South-East leadership of the Miyetti Allah Cattle Breeders Association of Nigeria (MACBAN) says it has commanded the relocation of its members from Ebonyi State following the recent killings there.

Suspected Fulani herdsmen attacked and killed no fewer than fifteen persons in the Ishielu Local Government Area of the state last week.

The group said the vacation will pave way for peace and afford the security agents to carry out a thorough investigation.

The South-East zonal chairman of Miyetti Allah, Gidado Sidikki, disclosed this while speaking to journalists in Awka, the Anambra State capital, on Wednesday.

He noted that the relocation order was for a period of time to enable the security agencies in collaboration with the Ebonyi State government, the leadership of Miyetti Allah, community leaders and other stakeholders to investigate the cause of the attacks on innocent people. 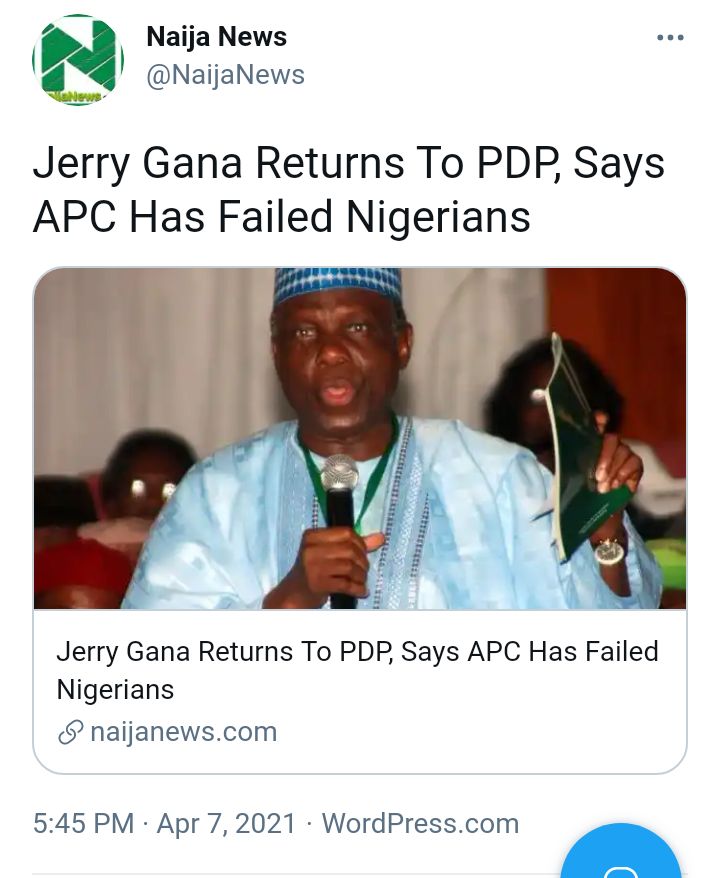 Naija News recalls that the former Director-General of the Nigeria Television Authority (NTA) was a member of the Board of Trustees of the PDP when he decamped in March 2018.

Addressing PDP members in Bida, Niger State, on Wednesday, during a reception to mark his return to the party, Gana said the ruling All Progressives Congress (APC) has failed Nigerians.

He opined that the APC and President Muhammadu Buhari has failed to fulfill the promises they made to Nigerians in the 2019 general elections.

Gana said the country is nosediving and needs urgent rescue from the Buhari-led government.

He asserted that there’s no government In Nigeria, asking the PDP to take over Niger and the country and salvage it from the deflated state that it is under the ruling APC. 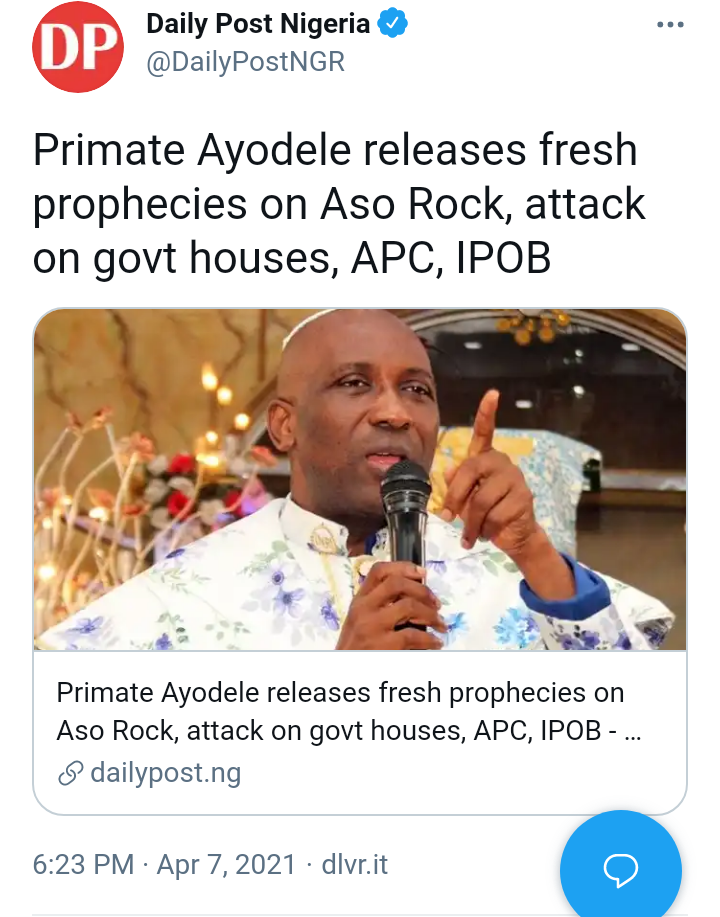 The leader of INRI Evangelical spiritual church, Primate Elijah Ayodele has made some revelations about the state of insecurity in Nigeria.

He revealed in a statement to DAILY POST that God showed him that there are forces behind insecurity in Nigeria and it is caused by the problems in the Presidential villa.

He explained that the problems at the villa are turning into insecurity and economic crisis, saying there are a number of people ruling Nigeria.

He further exposed that there are so many things hidden about the Presidential villa which will be exposed soon and that APC will have challenges before 2023.

The prophet also added that he foresees an attack in some states soon which will bring about serious casualties. He warned the governors of the states to be vigilant and fortify the security of their states to avert it.

He also warned against attacks in some government houses as he foresees attack in some of the states. 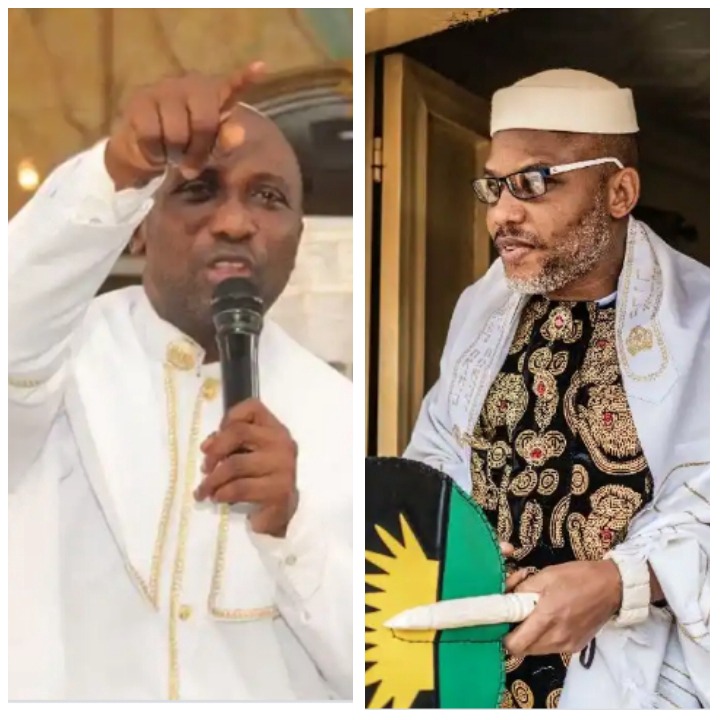 He advised the Eastern governors to take the Indigenous People of Biafra (IPOB), and Eastern Security Networks seriously. 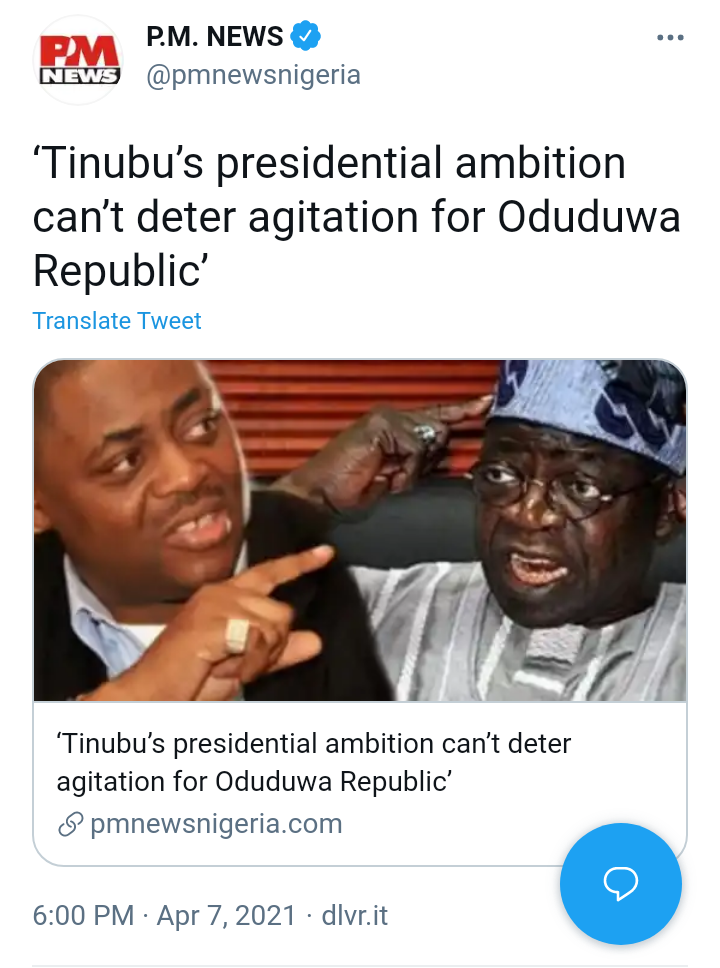 Critic, Femi Fani-Kayode has taken a swipe at the National leader of the All Progressives Congress, Asiwaju Bola Tinubu, saying his 2023 presidential ambition cannot deter agitation for Oduduwa Republic.

Tinubu’s popularity is soaring as he gears up for his 2023 ambition with former Afenifere leader, Pa Reuben Fasoranti endorsing his ambition.

Fani-Kayode, who is supporting Governor Yahaya Bello‘s ambition to become president in 2023, said Tinubu’s ambition would further strengthen the resolve of the separatists.

He said this was because Tinubu is hated more by the Yoruba nationalists.

Meet Mrs Betsy Bene Obaseki, Governor Obaseki's Wife Who Is A Manager At The Bank Of Industry

Sowore Blasts Punch Newspaper, See What They Published About Him That Sparked Reactions Online

JAMB: Parents are barred from staying in UTME centers and students below 16 are no longer eligible.