By Ihechidere1 (self meida writer) | 1 months

The current escalation between the Jewish state of Israel and the Arab nation of Palestine came to the limelight following months of rising tension in the nation's capital, Jerusalem. 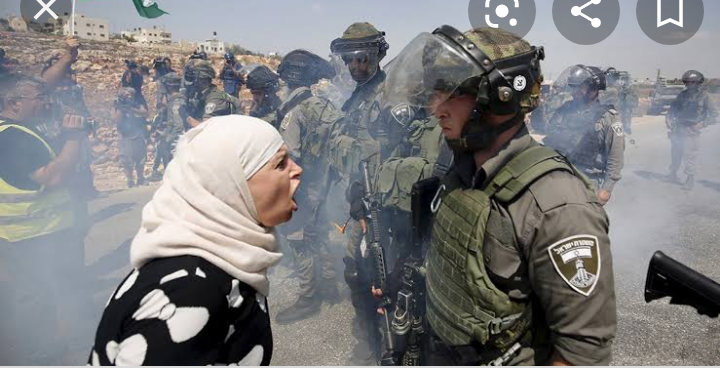 The unending conflicts between these neighbouring countries were rooted when the British were assigned the task to create the National home of the Jewish state by the United Nation in the mid-1940s. Both nations claimed ancestral ownership of the country.

In 1947, the United Nations voted for the division of the country into the Jewish community and Arab nation which was accepted by the Israeli and vehemently rejected by the Arab.

In several wars between the two countries ensured civil unrest, seizure of lands by the Jews, death of many, and rendering the majority homeless. The current escalation is of no surprise. The major contending issues here are issues concerning the Palestinian refugees, Jewish settlement in the West Bank should stay or be removed, whether the two sides should share Jerusalem as their national capital and perhaps whether the state of Palestine should be created alongside Israel or not and which both have not come to terms. 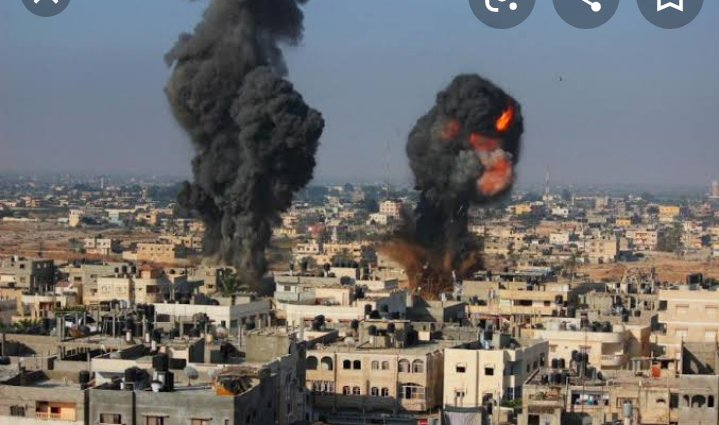 Following the latest developments, it was so much expected that the government of the United States, which is the number one ally of the Jewish state says something.

The former president of the United States, Donald Trump has an unfinished mission in the middle east which includes the Israeli_Arabs relationships. He was winning the diplomatic and historic mission before he was constitutionally ousted from the office after the famous 2020 presidential election which brought the administration of the former vice president, President Joe Biden into power.

Since then, Joe Biden has maintained the United States relationship with the Jewish nation and today, his administration announced the continuous support for her defence of her integrity against any form of external aggression which includes the constant rockets fired from Hamas to the territory of the nation. 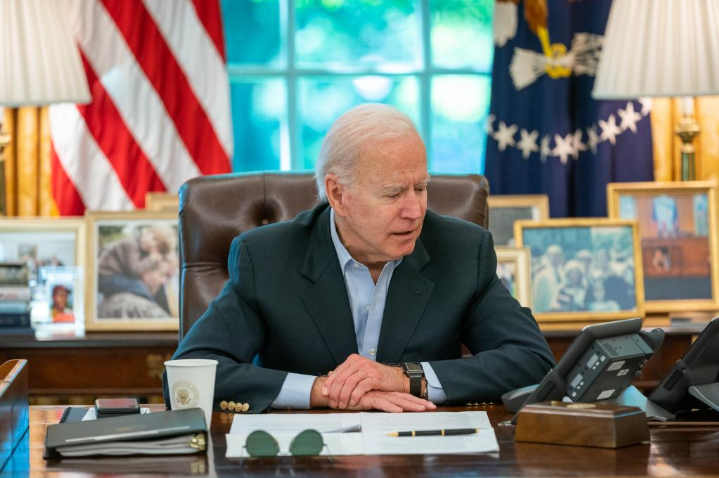 In his (Joe Biden) words, as reported by the white house " Today, the president spoke with Israeli Prime Minister Benjamin Netanyahu, reaffirmed his strong support for Israel's right to defend itself against rockets attack from Hamas and other terrorists groups in Gaza, and condemned these indiscriminate attacks against Israel" 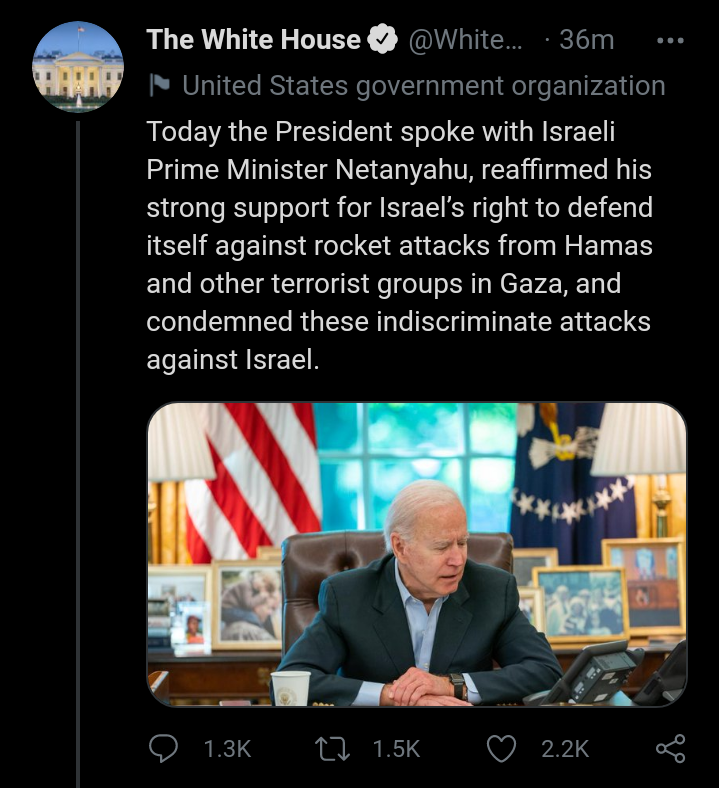 Gaza Strip or simply Gaza is a small town that borders Egypt in the East. It is been controlled by the Arab nation of Palestine while Hamas is the militant group of government, piloting the affairs of the Palestinians. The group is responsible for the indiscriminate firing of rockets into the Jewish territory. 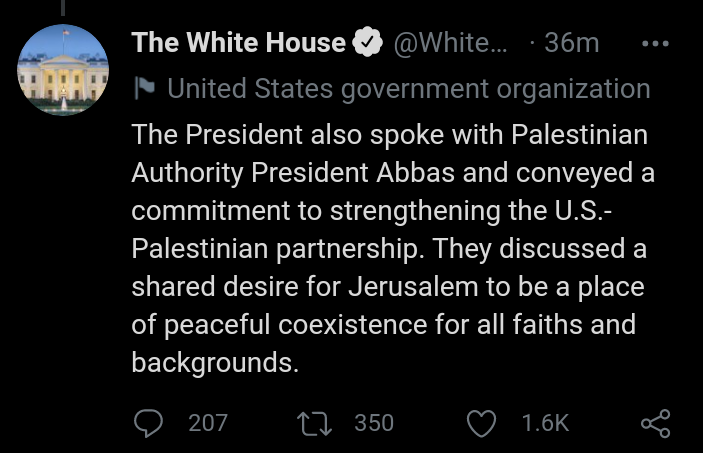 In addition, the government has also spoken with the government of the Palestinian and revealed her commitment to their relationship. They urged the conflicting factions to cease waring and embrace peace.

The conflict which started around the middle of the month of holy Ramadan (April) has claimed multiple lives, rendered many homeless, childless, orphans, Has generated additional refugees, and in general has brought safety and peace under jeopardy in the region. 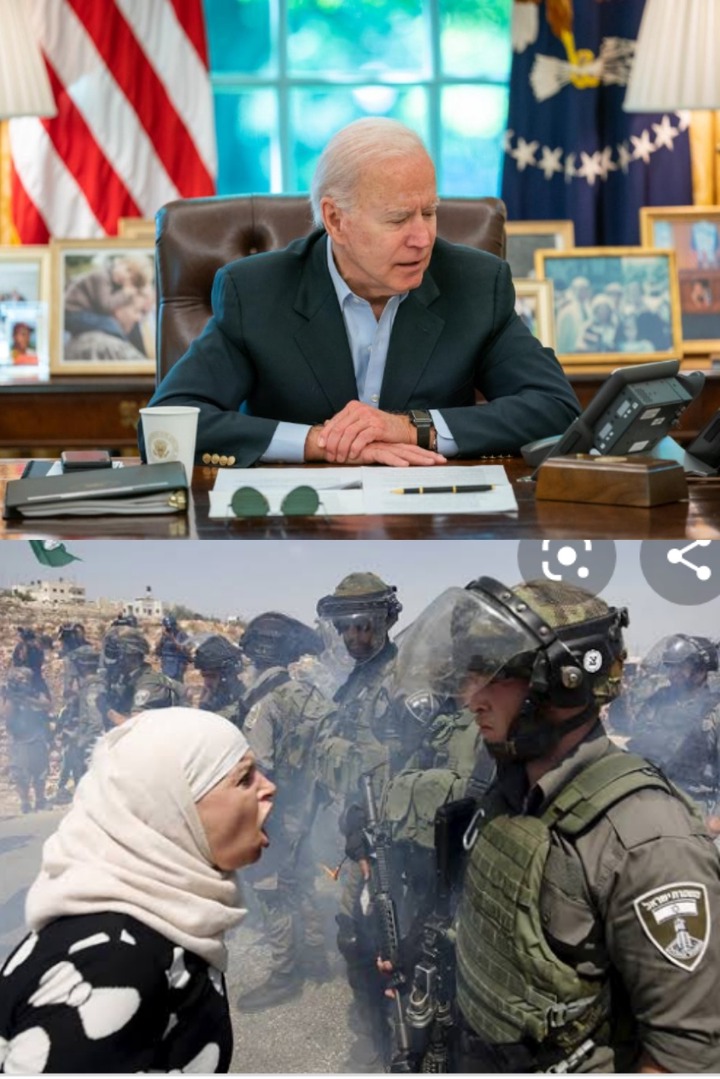 Since the climax of the conflict, the militant group of Hamas has claimed the numerous rocket attacks which have killed and wounded many others. On the other hand, the small Jewish community has also retaliated I do many ways, inflicting injuries on the enemies, destroying and intercepting the firearms been fired into the territory from the enemy through the help of their advanced war technology called the dome.

Who do you think is or was at fault? Israel? The United Nations? Or the Palestinian?

Communicate your thoughts and also follow up for latest developments.