1 Key Reason Why UN May Be Right For Praising President Buhari's Government.

It was reported today that the United Nations Secretary-General, Antonio Guterres, praised President Muhammadu Buhari for his leadership roles in Nigeria, West African sub region and Africa in general. 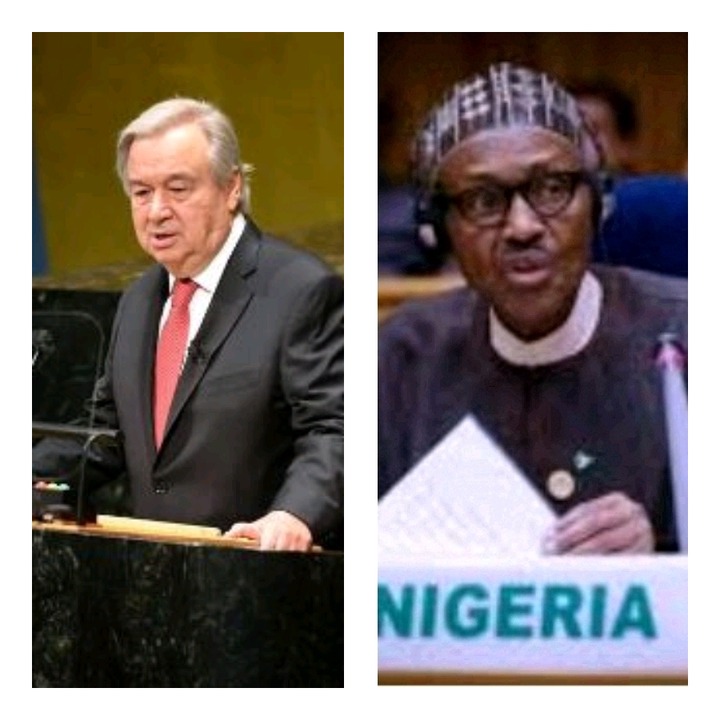 According to a statement that was released by Femi Adesina, President Buhari's spokesperson, he stated that the United Nations secretary-general spoke in a meeting with the Nigerian President at the sidelines of the 76th Session of the United Nations General Assembly in New York, United States, yesterday.

Based on that note, I really think that the United Nations may be right for praising President Muhammadu Buhari. Why did I say so? I said so because of one key reason. The war against terrorism.

This is one area where I think that President Buhari has performed tremendously well. Since President Buhari came into power in the year 2015, I can tell you categorically that Boko Haram has been degraded.

Though we maybe facing a lot of security challenges in Nigeria today, but I am very sure that President Buhari has indeed dealt with Boko Haram terrorist group.

As it stands now, hundreds of Boko Haram sponsors have been arrested and are presently being prosecuted by President Muhammadu Buhari's led governenmt. 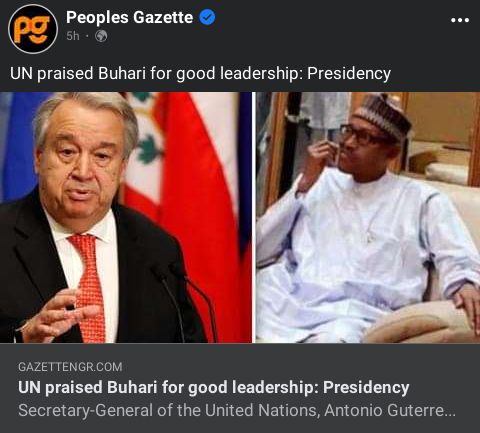 Not withstanding what Nigeria is passing through presently, I really think that the United Nations secretary-general, Antonio Guterres is right for praising President Buhari's government.

I know definitely that some people will definitely kick against what I have just said here now, but the fact still remains that we all are entitled to our own individual opinions, and I have just aired mine here.

What is your take as it regards to what I have just said here? You can drop your comments and opinions below.