The Reasons Magu Was Removed Which They Can't Tell Nigerians - Galadima

Bula Galadima, who was formally an ally of President Muhammadu Buhari has made a comment that the suspension of the former chairman of the Economic and Financial Crime Commission (EFCC) and the acclaimed investigation are mere deceit. 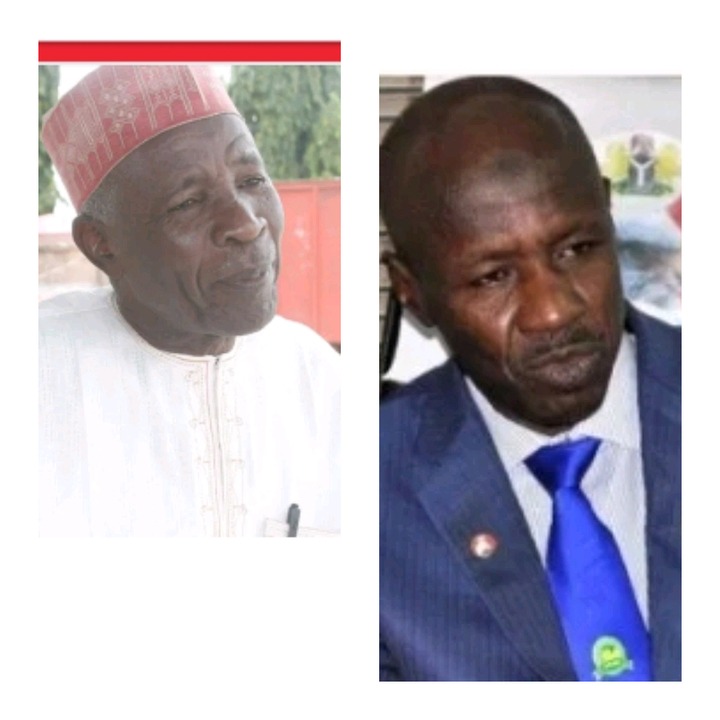 The real reason they will not tell you is that, while bidding some powerful elements in Buhari's administration, Magu passed his boundary and touched the "untouchables".

Buhari has immediately appointed Mohammad Umar, who was once a director of operations at the EFCC, as the acting chairman of the commission in place of the suspended Mr. Magu.

Galadima has said Magu's case is very simple. He has been used and dumps. He claimed that Magu has knowingly or unknowingly stepped on some toes while challenging some powerful elements in the current administration, he touched the "untouchables" which lead to his removal.

According to him, Magu was allowed to spend that long in the office because was been used to challenge some powerful elements in President Buhari's administration.

He said, however, that Magu stepped on toes, he passed his boundary, by touching some "untouchables". So, that was why they have decided to get rid of him.

He said concerning the ongoing panel probe, it is mere propaganda, nothing meaningful will come out of it.

He said boldly that Magu has offended a powerful cabal in the current administration and this lead to his removal.

He explained, however, that he is not trying to defend Magu, but Nigerians should not believe the lies that Magu was removed because of Buhari's anti-corruption war. Magu is only being used as a scapegoat to make Nigerians believe Buhari is fighting against corruption.

He said emphatically. "Go and write it down, nothing will come out of Magu’s case". He said it is like they are just entertaining the Nigerians.

All you are seeing are mere drama to make us believe that Buhari's administration is fighting corruption.

Do you agree with Galadima?