By Solutionking (self media writer) | 6 months ago 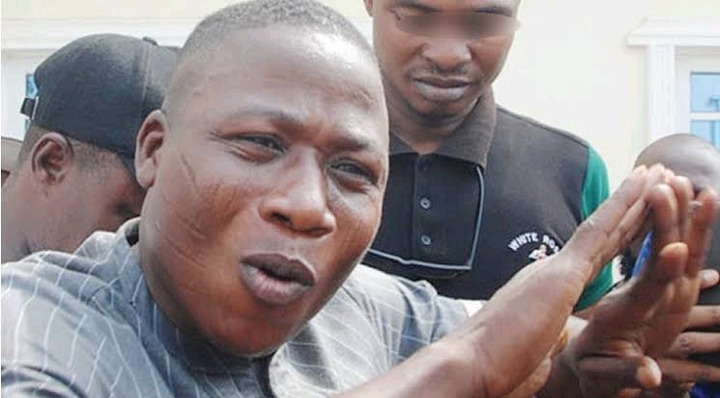 A Yoruba Monarch intimate to Sunday Igboho has disclosed that the activist chose to face the battle in Nigeria after his house was invaded, but they convinced him to flee the country.

Sunday Adeyemo, popularly known as Sunday Igboho, was apprehended by the Benin Republic police at an airport in Cotonou when he was attempting to board a plane to Germany.

A Yoruba Monarch has disclosed what urged Sunday Igboho to flee the country. The traditional ruler made it known that after the DSS invaded Igboho's house, there was a district in his team as some people expected him to stay and fight and others felt he should flee the country for his security.

The monarch contended that Igboho was still in Nigeria weeks after his house was invaded and he preferred to face the battle, but they compelled him to flee the country because of his safety since it seems that the security officers were authorized to either bring him alive or kill him.

Do you think Sunday Igboho could have remained in Nigeria as thwarted to those who urged him to flee? Share your view.

Content created and supplied by: Solutionking (via Opera News )