OPINION: Why Shehu Sanni is a threat to Nasir El-rufai’s Presidential ambition

Senator Shehu Sanni is a popular human rights activist politician and a renowned author. He has made a name for himself before joining Kaduna politics. Senator Shehu Sani is the current President of Civil Rights Congress of Nigeria, a nongovernmental organization. Senator Shehu Sanni also is the former northern Coordinator of the Campaign for Democracy and the formation national vice president of the same group.  Before becoming an elected Senator In 2015, Senator Shehu Sanni had contested for the same position in 2003 under the platform of the Alliance of Democracy and in 2011 under the Congress for Progressive Change but he lost those two elections. 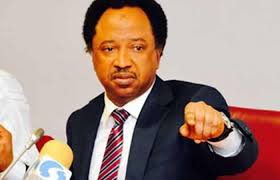