What is happening in the Nigerian army as a single battalion will leave immediately? - House of Rep

What is happening in the Nigerian army as a single battalion will leave immediately. 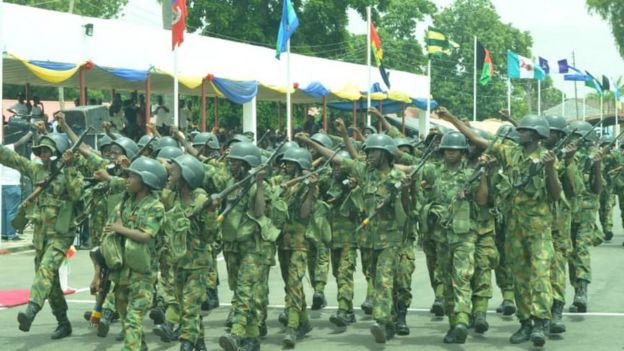 The House of Representatives says it is investigating the country's military and its funding to find out what is going on, especially in Nigeria's fight against Boko Haram.

What is going on? (We will investigate) to find a solution to this problem, "said the Speaker of the House of Representatives, Hon Muhammad Tahir Monguno.

The move comes after some 365 Nigerian soldiers, about a battalion, announced their intention to resign this year.

The military says it has traditionally allowed veterans to resign from time to time.

However, Monguno said that having a battalion of up to one battalion saying they would resign at the same time, there was no doubt that there were signs of dissatisfaction with the way things were going.

It has only recently arisen .... there must be some reason to be dissatisfied, said the lawmaker from Borno State. "And the issue is up to us to investigate.

He said the legislature had already referred the matter to its Armed Forces Committee to investigate and find out what was going on.

Muhammad Tahir Monguno says as long as the issue of the resignation of hundreds of Nigerian soldiers is not resolved at once, some will continue to resign.

This will be a good start for the rest of the Nigerian military as a whole.

He said they had never seen so many soldiers in Nigeria express their intention to resign, so according to him, we have to investigate, we have found the culprit. 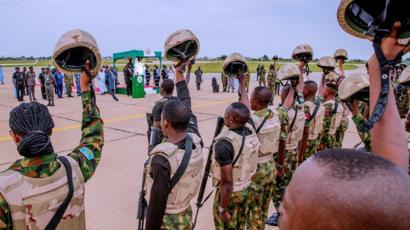 The lawmaker pointed out that the ongoing crisis in the Nigerian military over the fight against Boko Haram in the northeast seems to have been worrying them for a long time.

He said among the examples they knew was an incident that took place in the Giwa barracks in Maiduguri, where in recent years they reportedly shot their commander-in-chief.

He said they had seen videos of some soldiers complaining, "saying they are not happy" about the ongoing fighting in Borno State.

Even though they aren't well cared for.

Monguno said there was a time when a senior Nigerian army officer made a similar complaint in a video. He even reached the rank of general.

He said he was complaining about how they were able to capture themselves at one point when they were confronted by Boko Haram.

They don't have enough equipment. He went out and spoke on video. And this chief of staff I know, he lives in Maiduguri.

These days we have seen an additional 365 troops, including the battalion, who have also expressed dissatisfaction with the conduct of the civil war.