Opinion: Why APC May Win Southeast In 2023 General Election

There are several indications that the All Progressives Congress APC may not encounter much Problems ahead 2023 Presidential Election in Southwest. The Leaders of the Party in Southeast have done great job, to win the heart of the opposition Party, before the 2023 General Election. It should be recalled that main Opposition Party, Peoples Democratic Party PDP are in control of the Southeast. PDP has been in charge of Power, in Southeast, since 1999.

However, with the way the Chairman, Caretaker/Extraordinary Convention And Planning Committee, Governor Mai Mala Buni is ruling the Party, APC stands better chance of winning the whole of Southeast in 2023. Presently, the Party has the control of Imo and Ebonyi States. 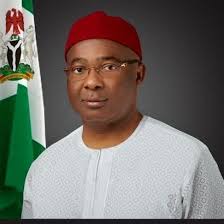 It should be recalled that Governor Hope Uzodinma won the Governorship Election under the Platform of APC in 2019. He took the mantle of Leadership from the former Governor of the State, Rochas Okorocha in the State. Therefore, APC has the control of Imo State and the Party won't find it difficult to win the future Polls in the State. The Party has been in charge of Power in the State, since 2015 General election.

Meanwhile, Ebonyi State Governor, David Umahi dumped his Party PDP for the ruling APC in his State last year. The Governor made known to the Public that he defected to APC because PDP has marginalised the entire Southeast since 1999. Though, the Governor of Rivers State, Governor Nyesom Wike accused Governor David Umahi that he dumped the Party, for APC because of his Presidential Ambition. 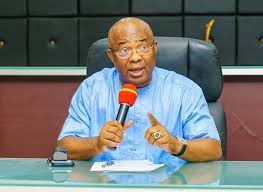 Governor Umahi's defection to APC will make it Possible for APC to win the State, in the forthcoming Governorship election. Recently the Deputy Governor of Anambra State, Nkem Okeke dumped his Party, All Progressives Grand Alliance APGA for APC and his defection to APC may pave way for the Party to win the forthcoming Governorship election in the State.

If APC could win Anambra State in the forthcoming Governorship election, Then the Party will have the control of three States, which are Imo, Ebonyi and Anambra States, respectively. Presently, APC controls two States, out of the Five States in Southeast. Therefore, APC may have edge over PDP in 2023 General election, if APC could win Anambra Governorship election.