Family Burnt To Death In Kwara 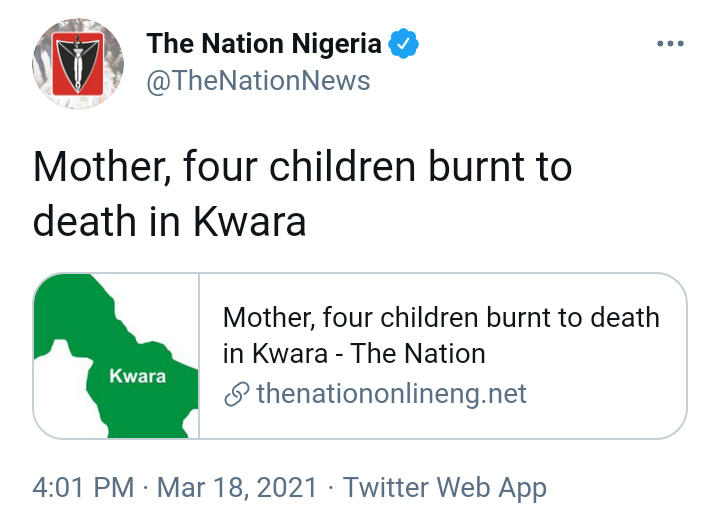 A mysterious fire on Wednesday night burnt a mother and her four children to death in Ilorin, Kwara state capital.

Miraculously, one of the children in the house survived the inferno, it was gathered.

The residence of the deceased is situated at Ifesowapo community, behind “F” Division police station Tanke area of the Ilorin metropolis.

The fire, it was gathered, was caused by candlelight that resulted in flames and burnt the mother and children who were deep asleep into ashes. 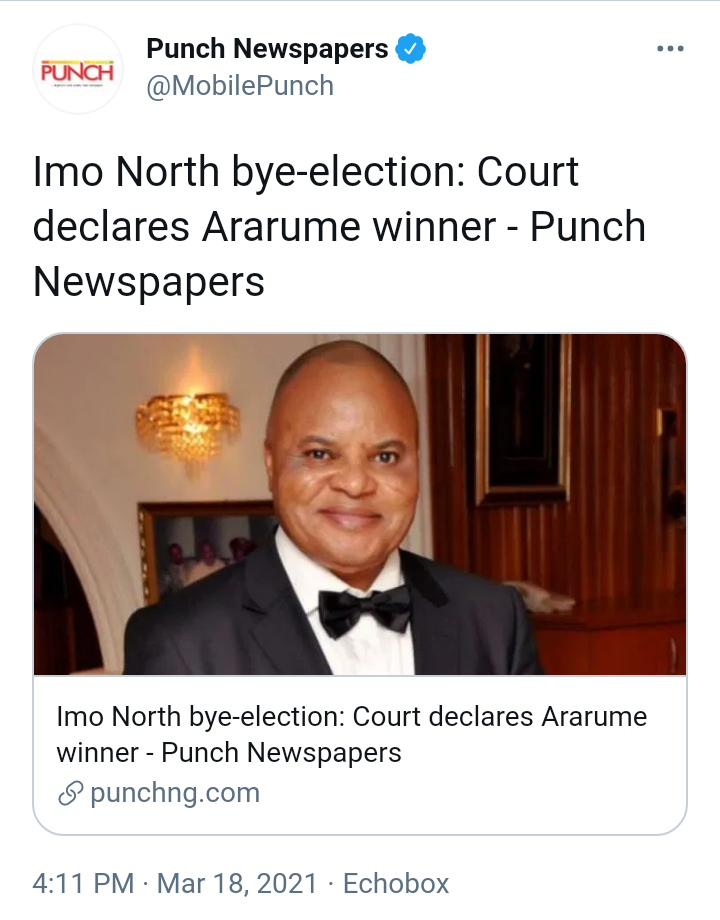 A Federal High Court in Abuja on Thursday ordered the Independent National Electoral Commission to declare Chief Ifeanyi Ararume as the winner of the December 5, 2020 bye-election for the Imo North Senatorial District of Imo State.

Justice Taiwo Oladipupo Taiwo held in a judgment that Ararume remained the authentic candidate of the All Progressive Congress in the election as of today and should be declared the winner of that election.

The judge also ordered the electoral body to issue a Certificate of Return to Ararume within 72 hours from the delivery of the judgment for him to be formally inaugurated by the Senate President.

Justice Taiwo dismissed the preliminary objection filed by the APC and one Chukwuma Francis Ibezim challenging the jurisdiction of the court to entertain Ararume’s suit.

The judge held that the objection lacked merit because Ibezim being purported by APC as its candidate in the bye-election had been disqualified by a Federal High Court and later Court of Appeal for supplying false information to INEC to secure clearance for participation in the election. 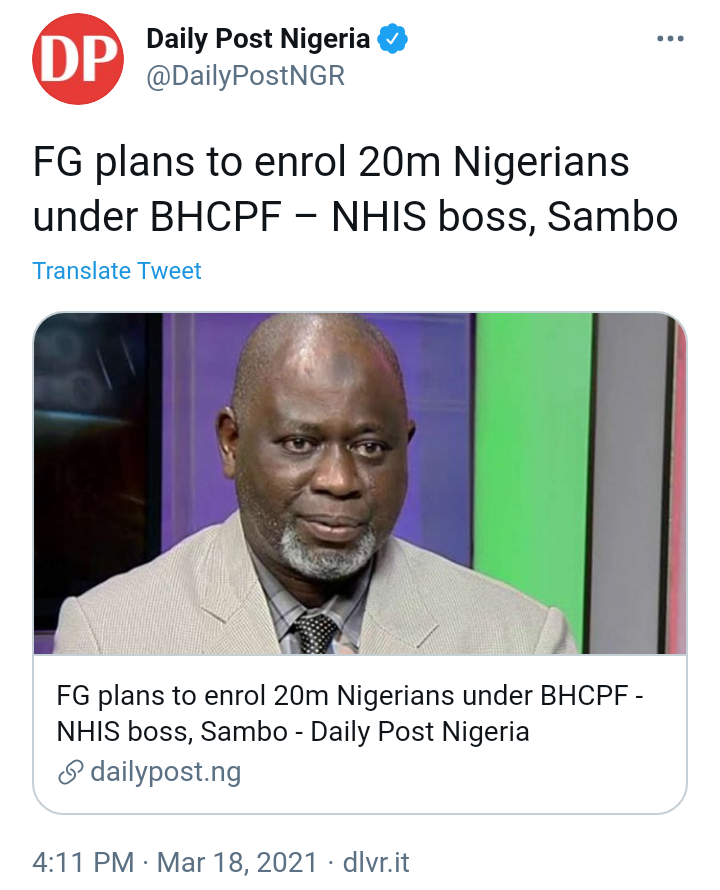 The Federal Government says it is targeting to enrol at least 20m Nigerians annually under the national health insurance scheme over the course of ten years.

The government says it hopes to achieve this by enrolling beneficiaries under the Basic Health Care Provision Fund, BHCPF, which has kicked off in some states.

The Executive Secretary of the National Health Insurance Scheme (NHIS) Prof Mohammed Sambo disclosed the plans of the government at the flag-off of enrollment of beneficiaries of BHPF in Jigawa State. 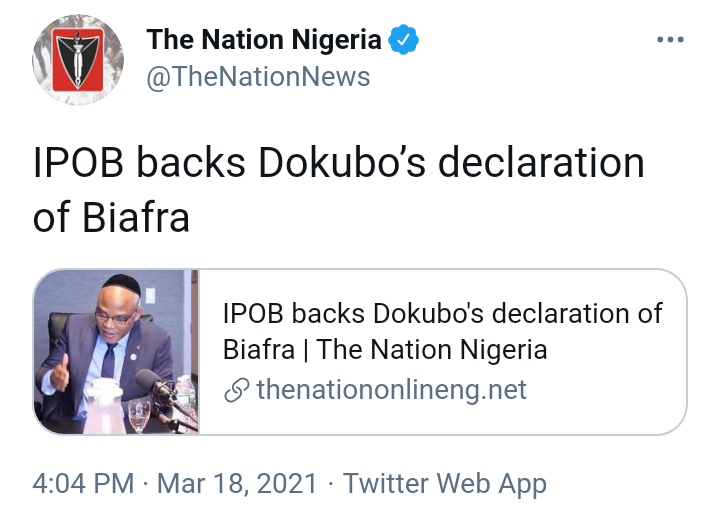 Leader of the proscribed Indigenous People of Biafra (IPOB), Nnmadi Kanu Thursday backed the formation of Biafra Government as canvassed by the former Niger Delta warlord Mujahid Asari Dokubo saying it is not a threat to IPOB.

Dokubo had few days ago declared himself as the Head of Biafra de facto Customary Government (BCG).

Speaking to the Nation, the IPOB Media and Publicity Secretary Emma Powerful, said the leadership of IPOB has no interest whether Asari Dokubo or any other agitating group forms Biafra government or not.

Rather, he said the formation of many pro-Biafra groups would make the work of IPOB easier, adding that IPOB would support any group that fights for Biafra freedom. 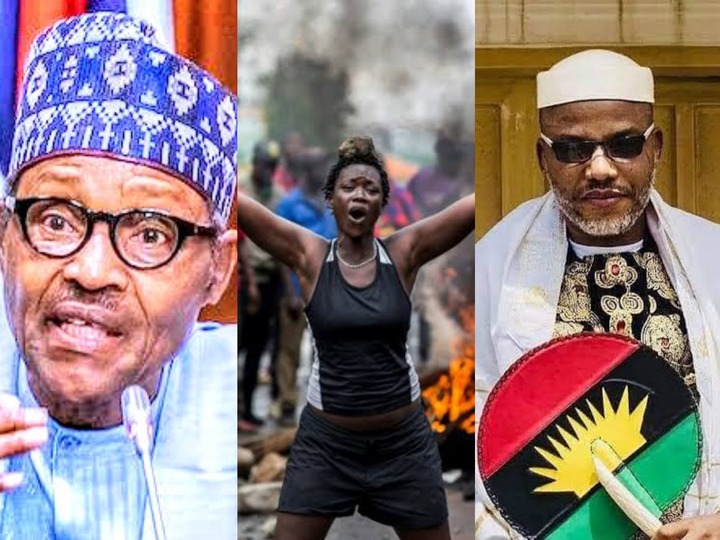