By Oyekan (self media writer) | 1 year ago

On 30th of November, Defence Headquarters of the Nigeria Army through the Coordinator of Defence Media Operations, Maj. Gen. John Enenche, said COVID-19 pandemic seriously affecting production and delivery of equipment for the Military Surveillance operation in the North-East part of Nigeria. 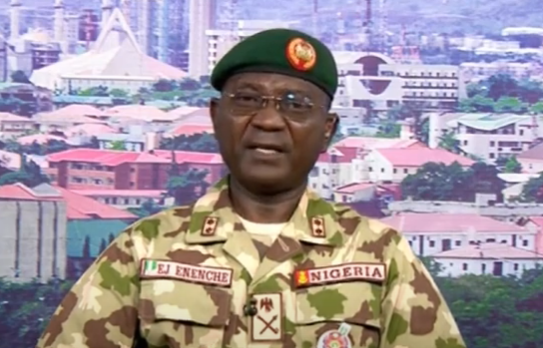 Recall that, over 40 farmers were killed by the Boko Haram terrorists where the mass burial of these farmers was attended by the State Governor on Saturday in Maiduguri, while another reports, also reported that, the Senate President, Ahmad Lawan, also have arrived Maiduguri, the Borno State capital as head of a Federal Government delegation on condolence visit to the state government, over Saturday’s killing of over 40 rice farmers by terrorists.

According to a statement by Lawan Media aide, Ola Awoniyi, quoted that "Senate President leads FG's delegation which include: the Chief of Staff to the President, Ibrahim Gambari; Ministers of Federal Capital Territory, Mohammed Bello, Communications and Digital Economy, Ali Pantami; and the Minister of State for Agriculture, Mustapha Shehuri on a visit to Borno over killing of farmers.

After series of criticism from human rights and concerned Nigerians over the death of the farmers, added that, the Nigeria Army are doing nothing to stop the attacks by the Boko Haram before the Coordinator, Defence Media Operations, Maj. Gen. John Enenche, spoke on Monday while featuring on Channels Television’s Sunrise Daily programme monitored by the newsmen, where he said, the military authorities are restrategising to combat terrorism in Borno and other north-east states, while reacting to Saturday gruesome murder of at least 43 rice farmers in the Zabarmari area of the Borno.