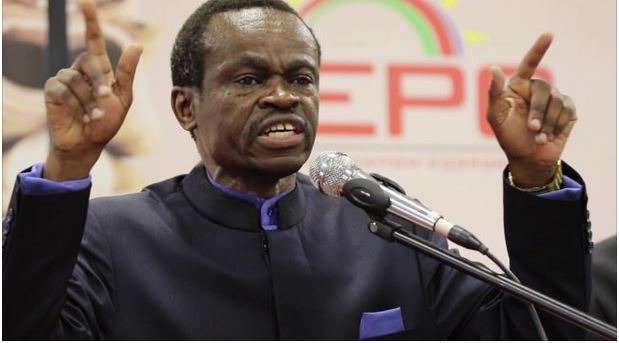 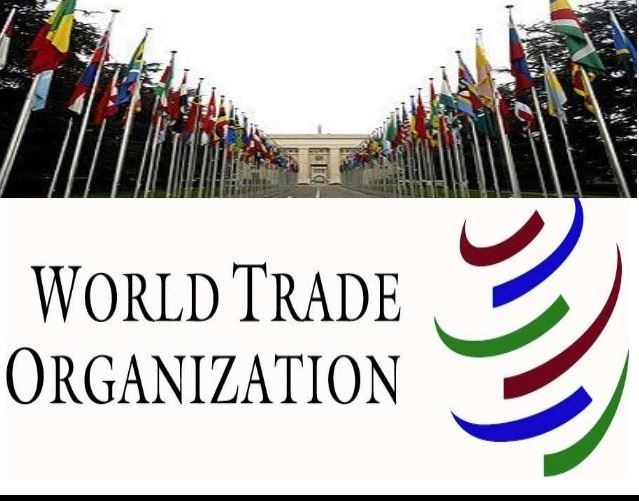 Lumumba declared that “Okonjo-Iweala is the candidate we (Africa) should back, given her credentials,” insisting that she is the most qualified African for the World Trade Organisation top job.

In spite of the fact that his countrywoman, Ms. Amina Mohamed, is also gunning for the job he still said Okonjo-Iweala is the better candidate — based on credentials

His declaration came as the African Union (AU) made frantic efforts to produce a consensus African candidate for the WTO top job.

Patrick Lumumba, a Kenyan lawyer who served as the director of Kenya Anti-Corruption Commission.

“Recently when we were competing for the non-permanent membership of the UN Security Council, Djibouti was competing with Kenya. Why?

See names of candidates below:

1.    Dr. Ngozi Okonjo-Iweala of Nigeria – specialist in development economics/former Minister of Finance and of Foreign Affairs and World Bank employee 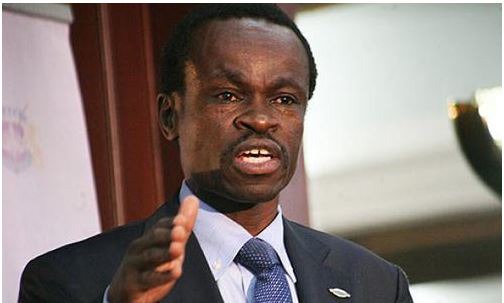 Who is Patrick Lumumba?

His full name is Patrick Loch Otieno Lumumba (born 17 July 1962) is a Kenyan who served as the Director of Kenya Anti-Corruption Commission from September 2010 to August 2011.[2] Since 2014, Lumumba is the Director of The Kenya School of Laws.[3] An eloquent lawyer, Lumumba holds a PhD in Laws of the sea from the University of Ghent in Belgium. Lumumba is also a staunch Pan-Africanist and has delivered several powerful speeches alluding to or about African solutions to African problems.

He is an admirer of Patrice Lumumba and Thomas Sankara, the assassinated revolutionary leaders of the Democratic Republic of the Congo and Burkina Faso, respectively. Lumumba has referred to and quoted them several times in his speeches. Lumumba is also remembered for his emotion-laden and energetic speech in Uganda at the third Anti-Corruption Convention. On August 28, 2015, the PAV Ansah Foundation invited Lumumba to speak at the 2015 PAVA Forum on Good Governance and tiop, Whither Africa?

To immortalize someone means to make someone or something so famous that that person or thing is remembered for a very long time. You don’t have to wait until they’ve gone away to appreciate their good deeds.

What Patrick Lumumba did for Nigeria is really a notable act which should never go un-noticed. He has made a huge sacrifice to step down his own country’s candidate for our own Dr. Okonjo Iweala not minding the consequences or backlashes he is going to face back home from his people.

This goes a long way to show the love he has for Nigerians'. He believed in us and saw a great potential in us .

I read some peoples comment from different social media claiming that he did that because Dr. Iweala stands a higher chance of winning based on her qualifications. Truth be told, when it comes to politics, anything can happen, with your money qualification does not matter.

He would have done the same to rig the post for his own country but he choose not to. (Great Sacrifice).Some country would go extra miles to make sure their candidate wins.