2023 Election: Igbos' presidential ambition can be achieved through one voice

By GOD'SNATURE (self media writer) | 2 years ago 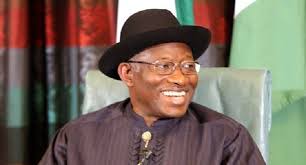 The Igbos believe that they have been cheated by other tribes in Nigerian when it comes to power sharing among the politicians.

The civil way they fought against the Nigeria army was a blow on them as many lives were lost and their land was destroyed with their properties because it was the battle field for the war. Anywhere that is made a battle field will mostly surfer damages because the opponents will strike with full force.

After the civil war, the power sharing has not been favourable to them because they are the minority among Hausas and Yorubas.

For them to gain solid support from others, they must speak in unity, with one voice concerning their agitation for Biafra. Instead of protesting over Biafra, they should go out and campaign for election. Their unity will be more powerful than weapons.

Presently, they are dividend among themselves as some group want freedom from Nigeria and others are very busy clamoring for presidency. How will a divided home stand?

The only key for them to reach the post of presidency, is to abandon their fight for freedom and with one voice rise up in unity to fight with their voter’s card at the polling centers instead of the staging protests by some group among them which they were not all in support.

If it were not for the death of Umaru Yar’ Adua, the former president, Goodluck Jonathan would not have gotten to the post of the president.

Therefore, it’s high time for the Igbos to speak with one voice politically.

Do you think the Igbos can ever cooperate?

Content created and supplied by: GOD'SNATURE (via Opera News )