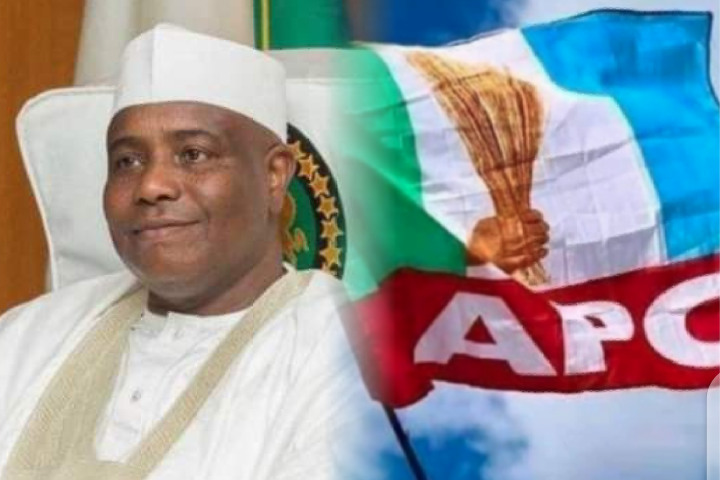 The Governor of Sokoto State, Aminu Tambuwal, has said Nigerians need an inclusive leadership that does not discriminate on the basis of tribe and religion but provides good governance for all citizens. 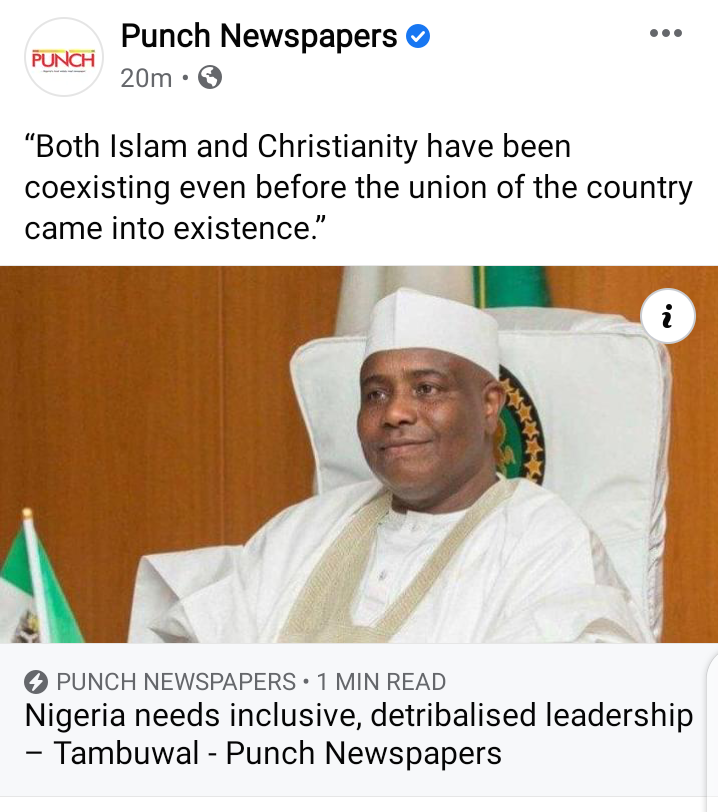 Tambuwal stated this when he received the President of the Christian Association of Nigeria, Rev Samson Ayokunle, who paid him a courtesy visit at the Council Chamber of Government House, Sokoto.

He said, “The leadership of the country is mutually complementary as Nigeria belongs to every Nigerian, and no one will send anyone out of the country; hence, the need to remain together for the betterment of the country. The kind of leadership the country needs is one that will understand the issues of diversities and is inclusive in its approach to governance, without tribal or religious sentiments.

Internal crisis rocking the All Progressives Congress played out again on Saturday as the state congress of the party across the country was marred by tension and parallel congresses in some states. 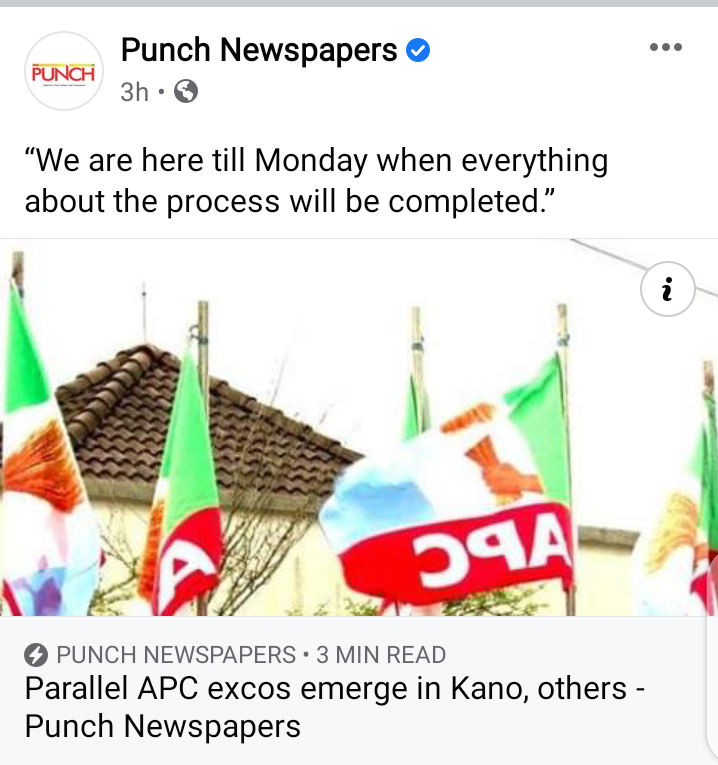 Factional executives emerged in Kano, Kwara, while the exercise was inconclusive on Saturday in Bauchi State. There were also intrigues as the party stalwarts engaged in a battle of wits to determine the new party officials at the state level.

In Kano State, Governor Abdullahi Ganduje led-faction held their congress at Sani Abacha Indoor Stadium, while the faction led by Senator Ibrahim Shekarau, Senator Barau Jibrin, and House of Representative members, Sha’aban Sharada, Tijjani Jobe, Haruna Dederi, among others held theirs at Janguza town, in the Tofa Local Government Area of the state.

Travellers stranded for hours as customs, smugglers clash in Ogun

Scores of travellers were stranded for hours on Saturday in traffic gridlock on the Abeokuta-Siun-Sagamu Expressway, Ogun State during a clash between officials of the Nigeria Customs Service and some suspected smugglers.

The travellers were stranded at Kobape junction via Abeokuta, in the Obafemi- Owode Local Government Area of the state. 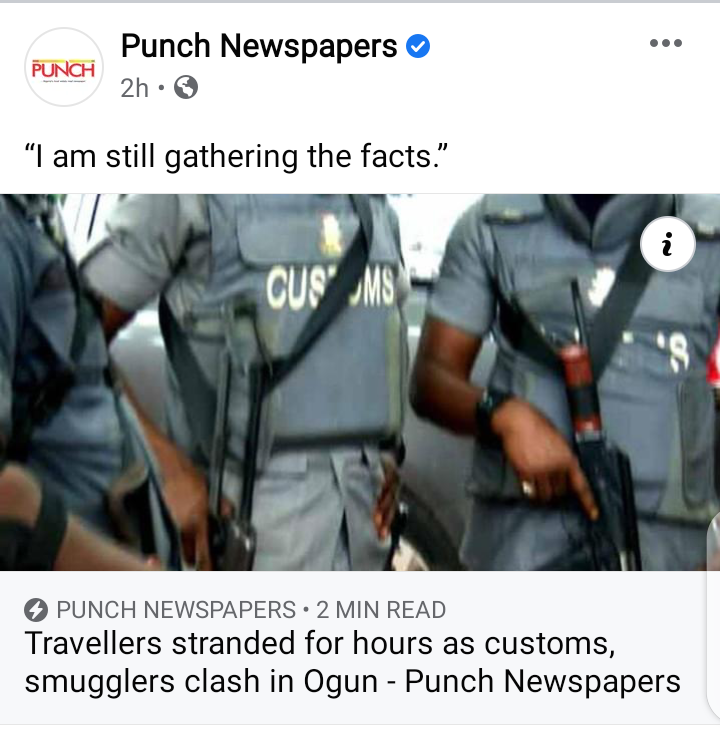 A source who spoke on condition of anonymity, told Sunday PUNCH that the customs officials attached to the NCS Federal Operating Unit  Zone ‘A’ Lagos,  were on the trail of the suspected smugglers trafficking foreign parboiled rice.

The operatives reportedly seized some of the smugglers’ cars loaded with bags of rice.

Nigerians are tired of APC, waiting for PDP – Diri

Governor Douye Diri of Bayelsa State said on Saturday that Nigerians were fed up with the All Progressives Congress and could not wait to vote in the Peoples Democratic Party in 2023. 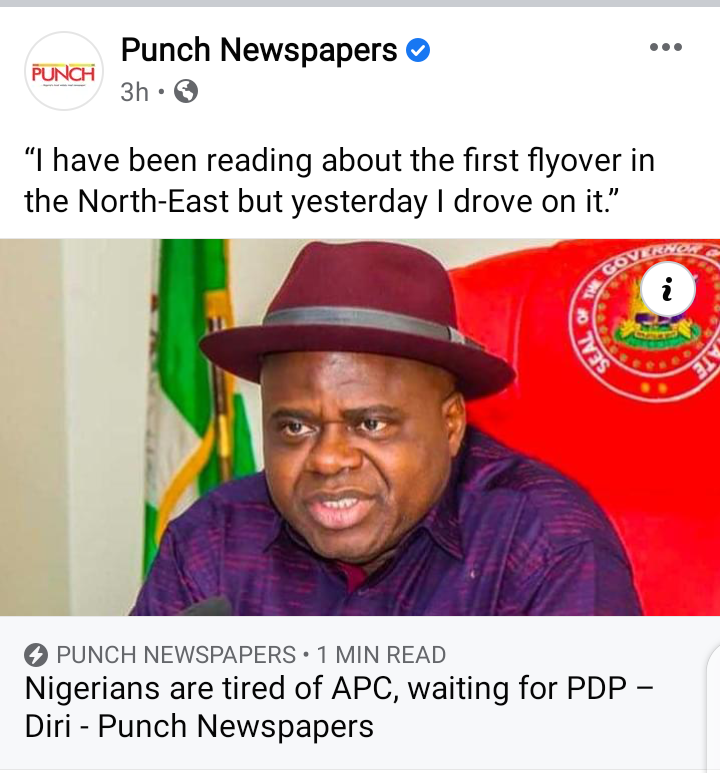 Diri also boasted that governors elected on the platform of the PDP across the country were the best performing governors in the country.

He spoke at the Mahmud Ribadu Square in Jimeta, Yola North Local Government Area of Adamawa State as the chairman of the PDP National Electoral Committee for the conduct of the state congress of the party.

A statement by the governor’s Chief Press Secretary, Mr Daniel Alabrah, quoted the governor as saying the PDP was poised to take over power at the centre in 2023.