Nigeria Needs a Female President Come 2023. Here is Why

By ElizabethObigwe (self media writer) | 1 year ago

Many a times, when I engage in arguments regarding our country's leadership problems, especially with the male folks, and suggestions are raised that a woman should be given a chance as president, I hear statements like "a woman does not have what it takes to lead this country". It is needless to say that the statement is gender biased and myopic. Obviously, the men who have "what it takes" have been in leadership for going to sixty years after colonization and we are still moving back and forth.

Leadership, which is the capacity of someone to guide, direct or conduct others is never defined by gender.

Since feminism became a thing, one cannot count how many women have impacted the society domestically and on a world wide scale, in their different sectors.

Sadly, the leadership positions seem to be a "treasure of great value" to the men as only about 7% of leadership positions is occupied by women in the world at large. This is not because women do not show interest. They do, but are almost always never supported and when they are, only a handful of the population do, and their vote is usually not enough to see them through. Most regrettable is the fact that even some women still think that leadership is gender sensitive and will not vote for other women, even when they qualify for a position. This idiosyncrasy is a cankerworm that deprives our society of the benefits associated with harnessing of all man power (male or female) available.

This stereotyping maybe traced down to old times, when leadership was based on command, control, and even physics strength. However, the challenges of the 21st century calls for a new type of leadership. The challenges which include health, depletion of earth's resources, the aging population, economic advancement, virtual management of productions, employee contributions, development of new technologies, to mention but a few need a type of leadership that primarily involves resilience, courage, flexibility, listening, pragmatism, empathy, collaboration, caring and recognition of collective contribution.

Still, it seems the society has a problem trusting women to handle leadership, especially those involving very high positions as governorship and presidency.

More so, countries that have been ruled by women have never been heard complaining about gender related incompetency in their leadership system. On the contrary, countries, organizations or groups with more equitable gender balance are seen to thrive better than the homogenous groups.

Most interestingly, statistics have shown in the present world situation, (of the ongoing pandemic) that countries that best managed the corona virus are ruled by women while those that are worst hit are ruled by men. This is not to say that the men are less competent than the women, it rather brings to light the fact that female leadership is far undermined and given way too little credit. The countries that are recorded to have better managed this pandemic are; Taiwan led by Tsai-Ing wen, New Zealand led by Jacinda Arden, Iceland led by Katrin Jakobsdóttir, Denmark led by Mette Frederiksen, Germany led by Angela Merkel, Norway led by Erna Solberg, and Finland led by Sanna Marin.

This is more than a mere coincidence. These countries are said to have histories of gender balance, were women are elected in positions of power in all sectors. Also, the features common among these women that could have helped them set such a remarkable pace include; resilience, pragmatism, benevolence, trust in collective common sense, mutual aid and humility. 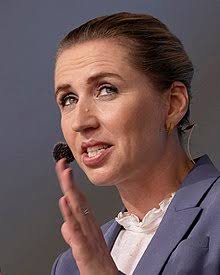 This is a wake up call for Nigeria and indeed all countries where stereotyping and homogeneity is practised.

Until we have given women a fair place in our political system, we have no right to say that they do not have what it takes to lead our country.

I believe our country will do better and a lot of challenges will be subdued when we might have gotten a good gender balance in every sector.

What are your thought regarding a female president for our country?

Can you vote for a female president?