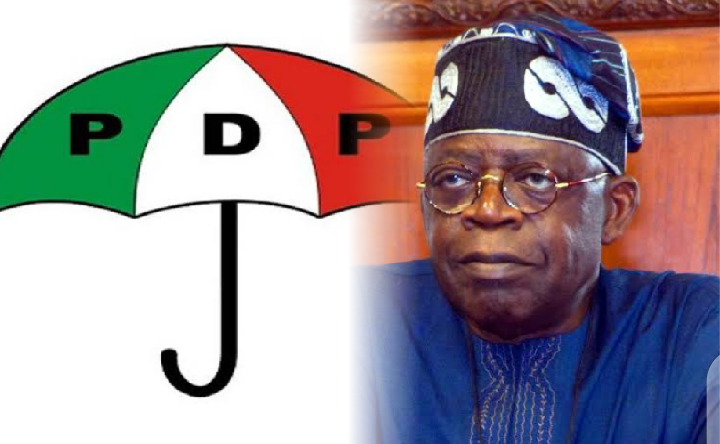 The Peoples Democratic Party (PDP) has ignored suggestions by its suspended national chairman, Uche Secondus, to halt preparations for the convention slated for October 30th and 31st, 2021.

The party said the convention is key to its survival, pointing out that all its organs, caucuses, committees and sub-committees have put in their best in terms of energy, resources and time to make the convention a reality. 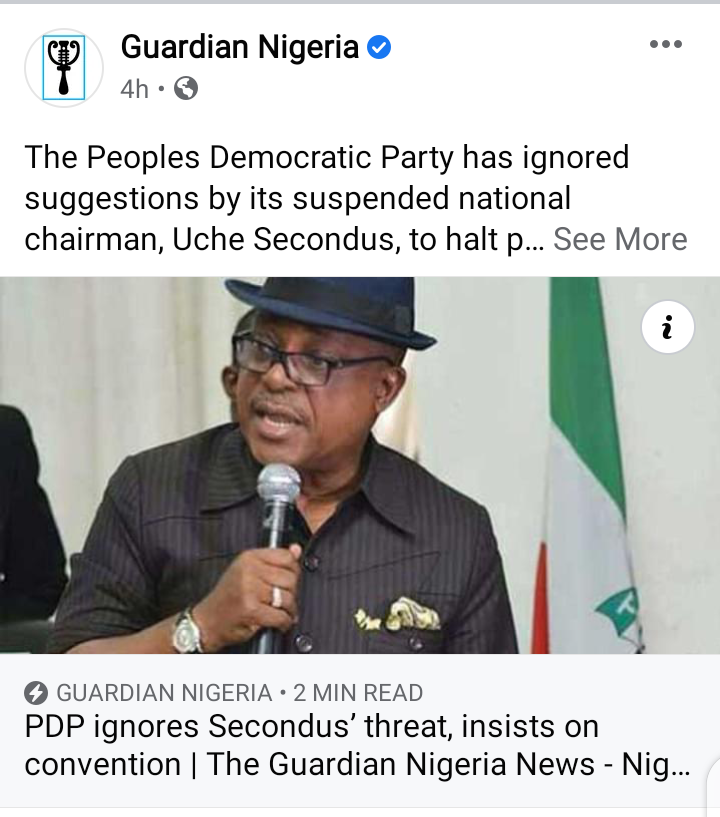 Secondus had, in a letter addressed to the acting national chairman of the PDP, Yemi Akinwonmi, cautioned that the party’s preparations for the convention would be an effort in futility because of the pendency of his case against the party at the Court of Appeal.

In the letter, which was written on his behalf by his lawyer, Tayo Oyetibo, Secondus pointed out that, “having been served with an application seeking to restrain the holding of its National Convention pending the determination of the appeal filed by Prince Uche Secondus, the PDP would be embarking upon a collision course with the court if it proceeds to hold the National Convention before the hearing and determination of the Application.

Umar Mohammed, Director-General, Tinubu Support Group (TSG), has called on Nigerians to support the group to ensure the actualisation of a Bola Tinubu presidency in 2023 for a new and better Nigeria.

He made the call on Saturday in Abuja, while inaugurating the Tinubu Support Group and its State Steering Committee. 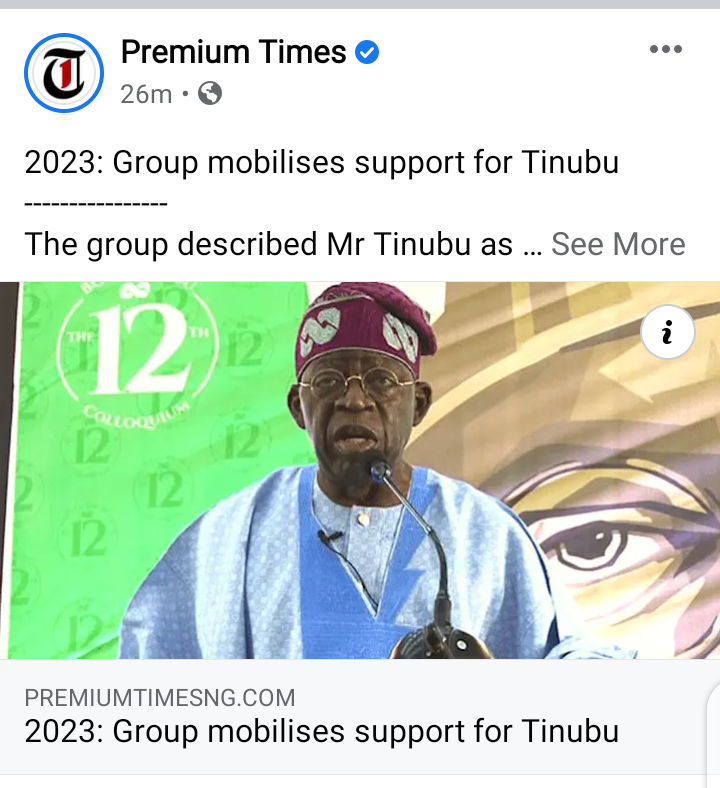 “May I call on Nigerians to join us, as we work hand in hand in the journey to build the country of our dream.

“A new and better Nigeria is possible. We solicit your cooperation and partnership to let this happen.

“It is with immense gratitude to God Almighty that I address you today on a very special and historic occasion of the inauguration of TSG and the State’s Steering Committee in support of our collective aspiration for a new and better Nigeria from 2023,” he said.

The Conference of Speakers in Nigeria has called on President Muhammadu Buhari to declare rampaging and deadly bandits as terrorists and enemies of the state.

The Chairman of the conference and Speaker, Bauchi House of Assembly, Abubakar Suleiman, made the pronouncement at the end of the third quarter general meeting of the Conference of Speakers in Katsina on Saturday. 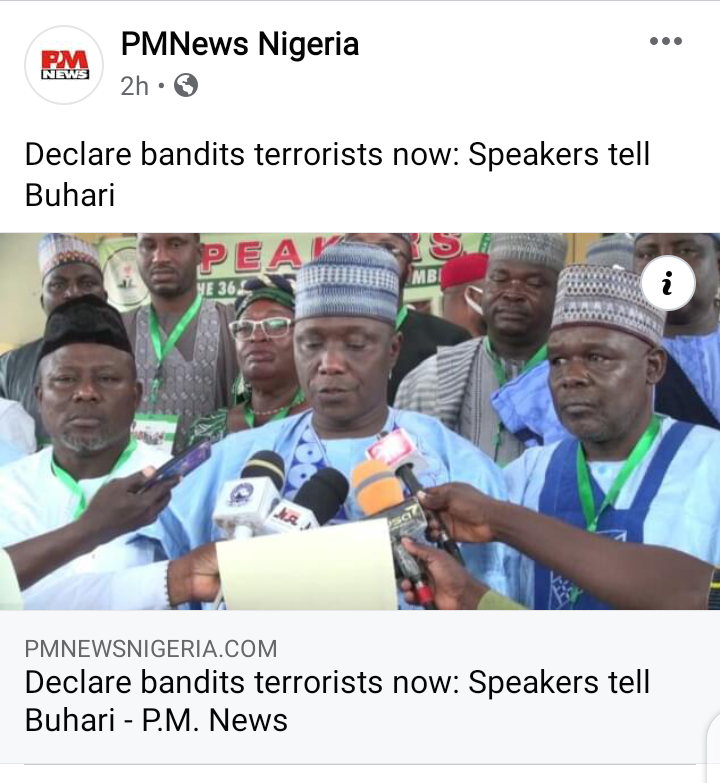 Bandits have been ravaging the northern part of Nigeria, especially Northwest with thousands of people killed and many kidnapped for ransom.

Many school children have been abducted by bandits, holding them hostage for months and releasing them after collecting ransom.

According to the lawmakers, declaring bandits as terrorists will lead to the solution to the insecurity challenges facing the country.

The much-anticipated eNaira will make its expected debut as President Muhammadu Buhari is expected to launch the e-currency tomorrow at the Presidential Villa.

A statement by the Central Bank of Nigeria (CBN) yesterday said the launch of the eNaira is a culmination of several years of research work by the Apex Bank in advancing the boundaries of payments system in order to make financial transactions easier and seamless for every strata of the society. 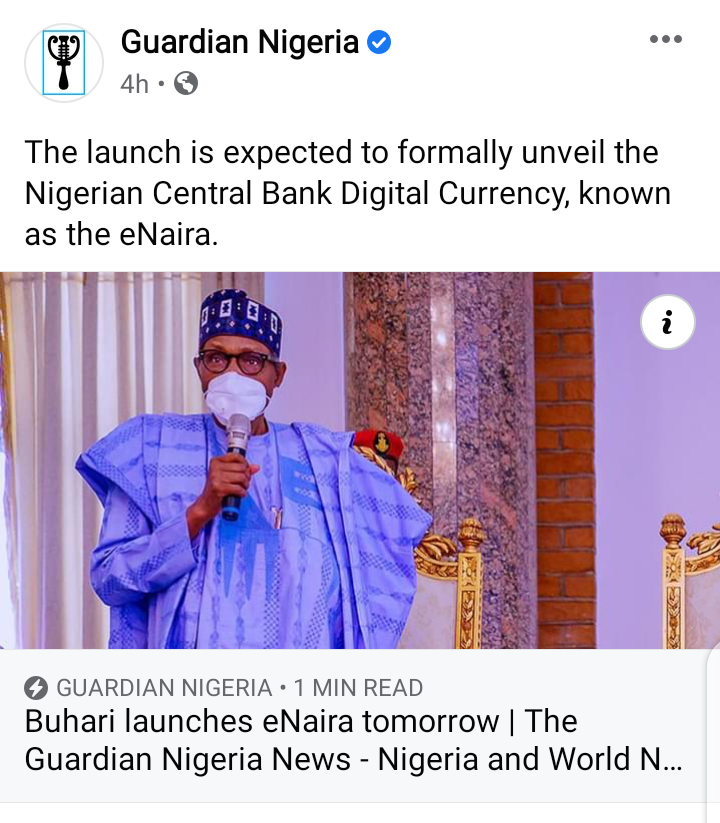 The launch is expected to formally unveil the Nigerian Central Bank Digital Currency (CBDC), known as the eNaira.

The CBN noted that following series of engagements with relevant stakeholders including the banking community, fintech operators, merchants and indeed, a cross section of Nigerians, the CBN designed the digital currency, which shall be activated on Monday, October 25, 2021.