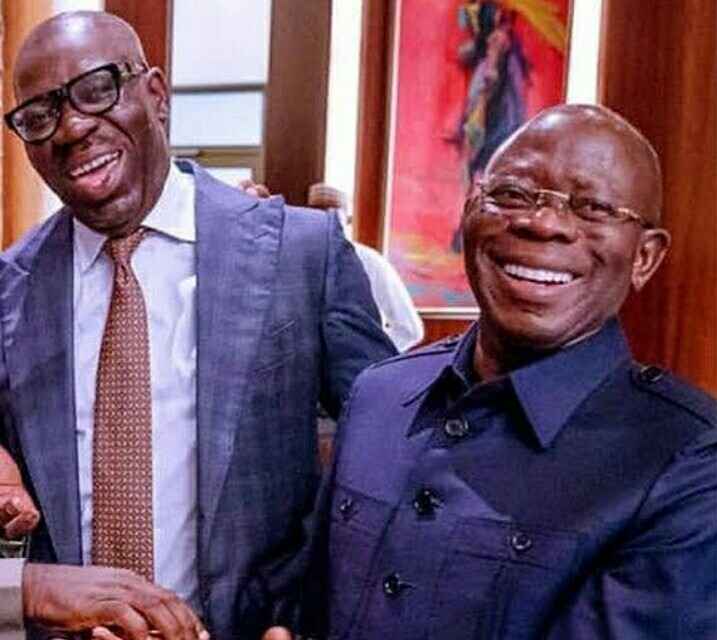 Comrade Adams Oshiomole has said that he regret ever making Godwin Obaseki his successor.

The immediate past National Chairman of the APC made this statement in his hometown in Benin City.

According to reports by Vanguard Newspaper, the former Governor of Edo State says he made a big mistake by making Obaseki his successor stating that there has been no tangible developmental project embarked upon by the governor since he took over power.

He went ahead to say that the governor was making unwarranted arrests and demolishing properties belonging to the same people that supported him and was destroy the party at the state level.

Ohiomole claimed he had to interfere and begged the aggrieved members not to destroy that party they laboured hard to build, describing Governor Obaseki as the bad snake who has been smoked out.

He vowed to ensure that Pastor Osagie Ize-Iyamu emerges victorious in the forthcoming Edo State Governorship Election, stressing that it was then only reason he came back home and he must make sure it is accomplished.

See headline of the story by Vanguard Newspaper below